2019 and 2020: My most productive two year period of publishing, and a little advice to my younger self

The last two years have been my most productive in terms of publishing.  I really don’t understand why.  My guess is that I have become far more disciplined in reading and writing while at the same time realizing how little I actually know.  Looking back at some of my early publications in the late 1980s and throughout the 1990s, I am actually surprised that they were published at all.  What I see in my younger self

is a way too overconfident young man who could write well but had not read as widely and deeply as he should have.  I also had a tendency to jump on bandwagons, to attach myself too quickly and without much reflection to movements and ideas that I thought would advance the religious and political ideas I thought were good and true.  This had much to do with friendships with philosophers and other intellectuals that I admired and wanted to emulate.  This, of course, is not in and of itself a bad thing.  But if I could send a message backwards through time to my younger self  it would be this: Slow down, don’t be too quick to attach yourself to new intellectual enthusiasms, spend more time with your wife, be suspicious of any one who thinks they have the one new big idea that will solve the world’s problems, and return to the Catholic Church and immerse yourself in its intellectual and spiritual traditions, and invest in Apple and Google (okay, that last one was a joke).

Here’s what I’ve published in the last two years:

“Like It Was Written On My Soul From Me to You: Assessing Jerry Walls’ Critique of the Catholic Account of Purgatory.” The Heythrop Journal 60 (2019): 447-458

“Natural Law, Catholicism, and the Protestant Critique: Why We Are Really Not That Far Apart.” Christian Bioethics: Non-Ecumenical Studies in Medical Morality  25.2  (August 2019):  154-168

“Morality is Objective” and “Response to Ruse.” In Problems in Value Theory: An Introduction to Contemporary Debates. Edited by Steven B. Cowan. New York: Bloomsbury Publishing, 2020. Pp. 37-49, 50-54.

“Who and What Are We? (What the Abortion Debate is Really About).” Writing That Makes Sense: Critical Thinking in College Composition. Second Edition. Edited by David S. Hogsette. Eugene, OR: Wipf and Stock Publishers, 2019. 554-557

Book Reviews:
Review of A Vindication of Politics: On the Common Good and Human Flourishing by Matthew D. Wright. Philosophia Christi 21.2 (2019): 457-459. 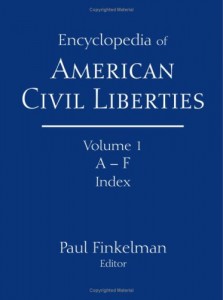