Beginning on January 1, 2019 I embarked on a journey through St. Thomas Aquinas’ Summa Theologiae.  Nearly two years later, I am finally finished.  I read the last page today, December 13, 2020, on the Feast of St. Lucy. Although I had read a lot of the Summa over the 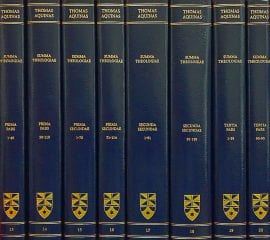 past 40 years or so (not to mention numerous other works by Aquinas including the Summa Contra Gentiles), I had never read the whole thing cover to cover in such a systematic fashion. In Spring 2017 it only took me 4 months to make it through the Summa Contra Gentiles, which is about 800 pages.  But the Summa Theologiae is 4 times larger with a different structure than the Summa Contra Gentiles, which is a straight forward account of the relationship between faith and reason as well as a defense of basic Christian doctrine  But in the Summa Theologiae, Aquinas employs a  medieval dialectical style known as the disputatio, which requires greater concentration to read and understand (or at least that’s the way it is for me).  He begins with a question he wants to answer (e.g., “Whether the existence of God is self-evident?”), presents several objections to what he thinks is the c 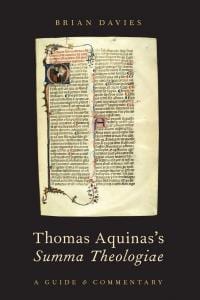 orrect answer, asserts the sed contra (a contrary point made by a respected authority with which he may or may not fully agree), and then gives his answer in the respondeo followed by replies to each of the objections. It is in the respondeo and the replies, not the sed contra, where one finds Aquinas’ definitive answer to the question. When Aquinas replies sed contra  he is not necessarily affirming what he believes is the correct position, though he is oftentimes doing just that.

Although one can access the entire Summa Theologiae for free online (see, e.g,  here), I mostly read from the complete set published by the Aquinas Institute, which I purchased at the beginning of 2019.  Except when I was either traveling or working out at the gym, I read from the Aquinas Institute volumes. Any serious scholar or student of Aquinas should have these handsome volumes in his or her library. 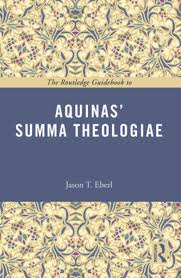 To assist me on my journey were two outstanding commentaries.  One is authored by Brian Davies, a philosophy professor at Fordham University, where I earned my PhD.  Entitled Thomas Aquinas’s Summa Theologiae: A Guide and Commentary, it was published in 2014 by Oxford University Press. The other volume is entitled, The Routledge Guidebook to Aquinas’ Summa Theologiae.  Published in 2016 by Routledge, it is authored by St. Louis University philosopher and medical ethicist, Jason T. Eberl.  I highly recommend both books.

December 14, 2020 2019 and 2020: My most productive two year period of publishing, and a little advice to my younger self
Browse Our Archives
get the latest from
Return to Rome
Sign up for our newsletter
POPULAR AT PATHEOS Catholic
1

Cancel And Replace The March For...
A Little Bit of Nothing
Related posts from Return to Rome 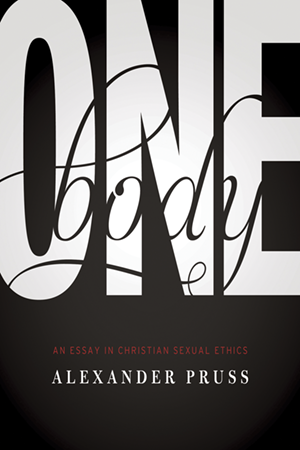 Catholic
Alexander Pruss' One Body: An Essay on Christian...
Return to Rome
TRENDING AT PATHEOS Catholic