Hamas, the IDF, & Peace in the Middle East

I have a headache.

I have been sitting around all day reading about the conflict between Israel and Palestine. The situation is so incredibly complex. Emotions are 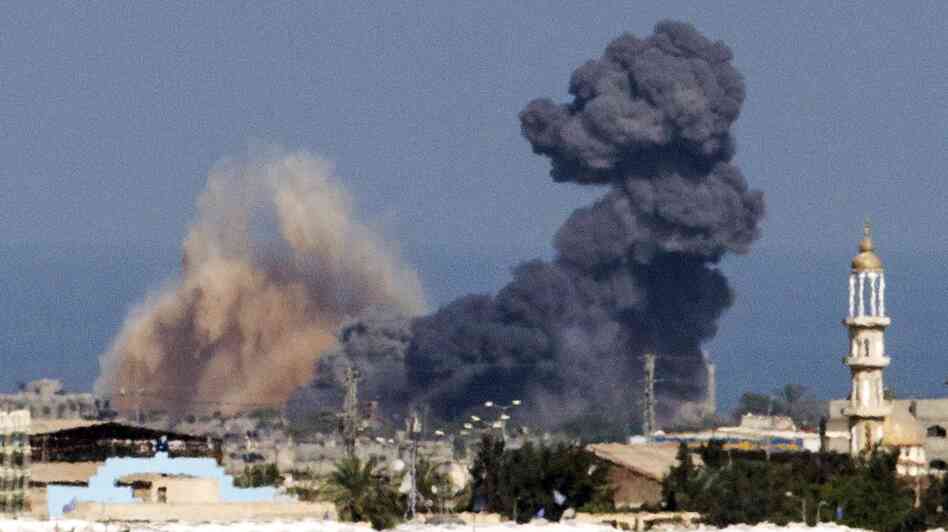 Everyone has an opinion. No one seems to have a concrete answer. Few seem to have any verifiable facts.

We see news reports of Israeli citizens cheering as they watch the IDF’s shower of rockets rain down on Gaza, killing dozens of civilians. We hear reports of Hamas, the Palestinian terror group, using their own people as human shields and refusing to settle for peace. We hear death tolls that are greatly imbalanced: 260 Palestinians to 2 Israelis. What are we supposed to think? What are we supposed to do?

Many evangelicals in the west are valiantly defending Israel’s strike on Gaza as a necessary response to the repeated attacks on Israel from Hamas. They see Israel’s occupation of the land- both Israeli and Palestinian- as a God-given right. They understand the Palestinians to the in the wrong and defend Israel’s right to not only defend, but attack and occupy Palestinian settlements. On the other end of the spectrum, progressive Christians are fervently defending Palestine as the small, weak nation that is being oppressed and attacked by Israel. The death tolls confirm that the IDF is doing far more killing than Hamas. These people believe that Palestinians have the right to remain in the Gaza strip, and see Israel’s continued colonization of Palestinian land and harassment of Palestinian people to be a grand injustice.

Both have very valid points. But both also fall short of offering any answer to the crisis.

For me, it seems like the problem in the midst of the whole crisis is one, very small group of terrorists called Hamas. This group refuses to have peace until they reclaim the entire land of Palestine. Those who join Hamas do so very understandably- many members of the terror group were likely the very people whose homes were bulldozed when Israel was granted land by the United Nations. Entire families and communities were destroyed and forced to relocate so that Israeli citizens could take possession of the land. This must have seemed to be a grand injustice to the Palestinians who witnessed it. In fact, it was a grand injustice. Decades later, these angry men are joining this terror organization that has no goal other than to destroy Israel and regain their families land. They plan on doing this violently, through terrorism and war. They refuse to be diplomatic and insist on violence, death, and destruction.

But what is important to realize is that Hamas does not  represent Palestinians.Most Palestinians do not associate with the group or the ideology of the terror group. And while it is true that Hamas has a horrific practice of using innocent civilians as shields from the IDF’s attacks, this does not justify Israel’s careless bombing and raids that are leaving hundreds of men, women, and children dead. Innocent peace seeking Palestinians are dying at the hands of the state of Israel. If this continues to occur, the cycle of resentment, hatred, and violence will also continue. As young boys see their families gunned down by the IDF, they will feel pain and rage and will likely end up joining groups like Hamas in the future, subsequently continuing this conflict.

It’s also important to understand that the IDF does not represent all Israeli citizens. There are a large number of Israelis who oppose the oppressive actions of their government and military and regularly pursue alternative ways to combat Hamas while protecting and dignifying Palestinian men and women. The unjust and senseless violence that many western evangelicals shrug off as Israel’s only option is condemned by a majority of Israeli citizens and seen as horrific and inhumane. The IDF is not an “anointed”, blessed, or righteous institution. Though it is a necessary one, and though Israel does have a right to protect and defend itself, the IDF has proven time and time again that they are not concerned with protecting the lives of the innocent Palestinians who are being used shields by Hamas and targets by the IDF.

You have heard that it was said, Love your neighbor and hate your enemy. But I tell you, love your enemies and pray for those who persecute you, so that you may be sons of your Father in heaven. For He causes His sun to rise on the evil and the good, and sends rain on the righteous and the unrighteous. For if you love those who love you, what reward will you have? Don’t even the tax collectors do the same? And if you greet only your brothers, what are you doing out of the ordinary?“

I am reminded that the ultimate answer will never be found in rockets, invasions, or bombs. The answer is not found in defense or even diplomacy. The answer can only come when both sides give up their right to be right, choosing instead to love.  Love even those who have harmed them in the past. Choosing to give instead of take. Choosing to seek peace instead of personal gain. And from what we can tell, we are far from a day when that becomes the reality. But we must not give up hope. We must not fold on our convictions. We must continue, as followers of the Prince of Peace, to uphold the Kingdom vision and not give in to the senseless banter of which side is right or wrong. We must oppose that which is evil, give voice to the oppressed, and seek to love all- even Hamas and the IDF. In order to love, we must first humanize. We must attempt to walk in their shoes. And once we are able to see the world from their perspective, we are enabled to get a glimpse of their pain, and sympathize with even the side we consider “enemies”.

Ultimately, however, as I reflect on this complex and confusing situations, I find that the only thing I know to do is pray. To humbly seek the face of the One God of Israel and Palestine, the wonderful Counselor, everlasting Father, and Prince of Peace. It seems to me that’s all that any of us can really do. Instead of engaging in Facebook banter or reposting propaganda, what if we took the time to pray? To seek inner peace for ourselves and peace for all of those involved in this incredibly dark conflict. To pray for a miracle. A change of heart and perspective. A day of peace. Who knows if it will happen, but it’s certainly worth a try.

In times of crisis, it’s often difficult to know what to pray. Thankfully, The National Council of Churches (USA) has compiled a list of prayers from Christian, Jewish, and Muslim leaders for Peace in the Middle East. I have selected a few of them and pasted them below. Would you take just a moment and join me in praying these prayers for our brothers and sisters in the Middle East? Let us pray.

Sustain together in undiminished hope, O God of hope,
those who continue to labor with undiminished determination
to build peace in the land from which, of old,
out of brokenness, violence and destruction,
nevertheless hope emerged for so many of faith. . . .

This we know:
Fear can yield to faith, hope can reignite
Rage can cease, hatred can be melted. . . .
Merciful One, illumine the sight of your children
To see You in each other’s eyes.
Merciful One, spread the canopy of your peace over us,
Over Israel, over Ishmael, over all who dwell on earth. Amen

Lord God. . .
Bless all your children in the Middle East
with the gift of peace.
Reach out and embrace Muslims, Jews and Christians.
Dry their tears with your gentle hands.
Surround their trembling bodies with your loving arms.
Replace their fears with the hope and vision
of peaceful times to come. . . . Amen

May God hear our prayers and grant at last peace and unity in Palestine. Amen.