Haven’t We Learned? (A Call To Action)

Nobody is perfect. People make mistakes. Sometimes innocent people are killed. This is the unfortunate reality of living in a world where 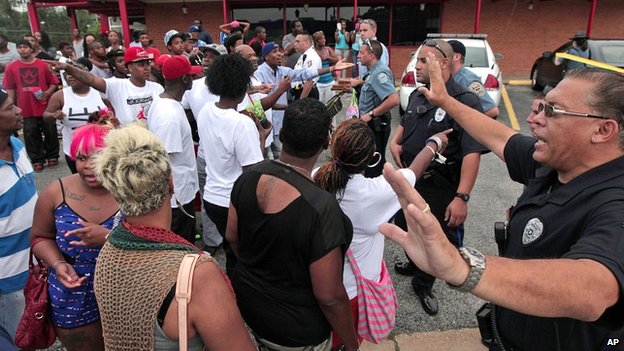 injustice and violence exists. But what has been taking place across the United States over the past couple of weeks- the ongoing killing of young African American men by police officers- is utterly unjustifiable occurrence to be taking place in 2014 in America. Haven’t we been here before? Haven’t we seen similar actions in our nation’s short history? Haven’t we learned our lesson?

There problem of racism in our nation still exists. It’s still alive and well. Whether it is the systemic oppression of minorities by the unseen structures that govern our society or the blatant cases of racial profiling of young black men that we have continually seen especially over the last few years. As my friend Benjamin L. Corey mentioned on his blog today, until all Americans or at very least, all followers of Jesus, begin to get outraged at this horrendous trend of injustice, then we cannot expect any change to occur.

Until we begin to walk in the way of our Lord who continually called out the oppressive powers of his day and taught his disciples to live in a radically subversive way that caused the government of Rome to shake at its knees, fearing that this small band of Jewish peasants might actually cause an uprising against the government, then lives like Michael Brown’s will continued to be lost by the senseless, racially charged violence by those in power. We are not called to return the violence for violence, but demand peace and justice from those who have been appointed by God to govern rightly.

Until we begin to truly believe in the full humanity and dignity of the “the other”- whether our racial, religious, gender, or those who we consider our enemies- we will continue to perpetuate inequality and injustice that will continually result in death, unrest, and hostility among communities across our country. Until those of us who have been endowed with privilege because of our race, religion, gender, or sexuality begin to leverage our position and influence to create lasting change in our community and country and to speak truth to power, then we will be at least partially responsible for the continued infringement upon the dignity of minorities in our nation.

If the Scriptures teach us anything it is that God is near to the oppressed. Where was Jesus when Michael Brown was murdered by the police? He was standing next to him as the police officer violently took this young man’s life. Jesus stands with every man or woman in our world that is facing discrimination and inequality. Jesus knows what it’s like. He was born in the wrong part of town. He too was part of an oppressed race of people. He too faced inconceivable violence and injustice. We do not have a Lord who is unable to sympathize with Michael Brown. And it is that same Jesus who is also calling for those who bear his name to stand up in your own sphere of influence to end racism, injustice, and inequality. To speak the truth to our leaders. And to go and stand with and for those who are being marginalized in our community.

If we don’t start now, then I fear that the case of Michael Brown will be just one more number in the death toll of the systemic injustice in our nation. And we cannot allow for that to be the case. We cannot allow for any more loss of life.

May we, as a Church, join in prayer for Michael Brown’s family, the community in Fenton, and for all of those whose names we may never know who have been unjustly killed because of their God-given identity. But may our faith also move beyond mere prayer to action. For each of us, this will look different. But may we remain on alert and be bold enough to speak whenever we are confronted with the glaring injustice that permeates our society. May we become agents of love, reconciliation, and peace, not only in our words, but in our day to day lives. May we live sacrificially, like Jesus, setting aside our comfort and personal security to give voice to those who have been pressed to the margins because of who they are.

5 Books That Can Change Your...
All Set Free
Related posts from Nomad