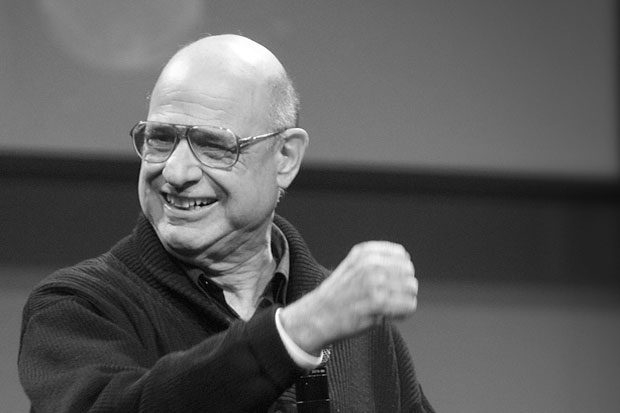 founder of Red Letter Christians released a statement on his blog announcing his official change of heart and mind on LGBTQ inclusion in the church. In the statement he says:

“While I have always tried to communicate grace and understanding to people on both sides of the issue, my answer to that question has always been somewhat ambiguous. One reason for that ambiguity was that I felt I could do more good for my gay and lesbian brothers and sisters by serving as a bridge person, encouraging the rest of the Church to reach out in love and truly get to know them. The other reason was that, like so many other Christians, I was deeply uncertain about what was right.

It has taken countless hours of prayer, study, conversation and emotional turmoil to bring me to the place where I am finally ready to call for the full acceptance of Christian gay couples into the Church.”

A new day is dawning in Christianity, indeed. The Spirit of God is moving on the hearts of Christian pastors, leaders, and laypeople alike and causing many to return to the Scriptures again with fresh eyes, listening to the still small voice of the Holy Spirit calling us to see a more expansive and inclusive vision of Christ’s Church.

In the midst of this great step forward by Dr. Campolo, I do believe two critiques are necessary: It is not enough that Christian leaders simply step forward and announce their support for gay and lesbian Christians. It’s also important that they acknowledge the harm that has been caused by their use of an un-affirming theology and that they publicly repent for their sin of exclusion. This is a key move that many Christians leaders who have changed their mind have not considered, but is perhaps even more important than announcing their support for inclusion and equality. In order for LGBTQ to find the healing that we need, the acknowledgement of the oppression and harm we have faced  at the hands of Christian pastors, teachers, and theologians is essential.

It is also notable that Dr. Campolo only addresses “gay and lesbians”, without acknowledging bisexual, queer, and trans* people. For far too long, in both the Church and the broader LGBTQ community, these minorities have felt invisible. When Christians are moved to announce their support for inclusion, it is also essential that they include all sexual minorities. Otherwise, the oppressive cycle of invisibility will be perpetuated.

(For a more in-depth critique of Campolo’s statement from an LGBTQ perspective, read my friend Eliel Cruz’s post here)

None the less, I am so grateful for leaders like Dr. Campolo who have taken years of intense study and prayer on this very important topic and have been bold enough to respond to the prompting of God’s Spirit and to speak out for inclusion and equality on behalf of LGBTQ individuals. It is my prayer that many other leaders will be emboldened to follow the Spirit’s leading and to become advocates for inclusion and acceptance of all people, regardless of their sexual orientation or gender identity.

June 19, 2015 A Prayer for Charleston
Recent Comments
0 | Leave a Comment
"Hmm, did you read Titus? It is plain from the text.Basically, the one who does ..."
Gregory A Call to the Christian Church ..."
"I would only add that this is what the church should be celebrating every Saturday. ..."
Jack Petersen Why Your Church Should NOT Celebrate ..."
"I would not describe myself as a progressive, in fact you might think of me ..."
Robert LIMB Tolerance Is Not A Progressive Value
"I can only laugh as both the Fundiegelicals and "progressives" scramble like polar bears on ..."
Nixon is Lord A Call to the Christian Church ..."
Browse Our Archives
Related posts from Nomad