Tolerance Is Not A Progressive Value

One of the critiques often leveled at progressives- particularly in the religious realm- by our conservative counterparts is the fact that we claim to be “tolerant” but we’re not willing to tolerate them and their perspective. When I initially began receiving this critique, I was taken aback. Afterall, it seemed to be fair. Isn’t tolerance a major part of what it means to be progressive? Isn’t advocacy for marginalized voices, ensuring they have a place at the table the fundamental value at the heart of progressive religion and politics?

In my early days as a progressive, I would have said yes. But as I have engaged both politically and religiously in the world over the past five years, I’ve become more and more convinced that tolerance is not a value that most progressive actually value- and I don’t believe that we should.

The truth is that no one actually wants to be “tolerated”. Can you imagine a friend or loved one telling you that they merely “tolerate” your presence? The word implies that you’re not actually desired or accepted, but that your presence will not be actively opposed. To be tolerant of any people group is a far cry from equality- it is, in fact, a clear indicator that a certain type of person is inherently not viewed as equal yet is being allowed to exist without opposition. Tolerance is not a high value at all- it requires little work and little sacrifice from those espousing it. Someone who tolerates LGBT+ people never actually have to defend their rights or warmly embrace them- no, they are simply stating that they will be allowed to exist.

The progressive value that we should be aspiring to is inclusion. Yet even this word doesn’t quite get at the idea I think we truly desire, which is why I use the phrase true inclusion when I speak about this often. But for the sake of this post, I’ll settle for inclusion. To be included implies that someone is accepted, with all of their identities and perspectives, and welcomed to be a full participant in a family, a society, or a faith community. To be included means that there is an active welcome, and a desire to be hospitable, which often requires changes or sacrifices from the “host” (the person doing the including.) Inclusion is a fundamental human desire- it’s what drives us into relationship and to pursue love. We want someone to see us and embrace us for who we are, just as we are. This is what we should be working for in our society and in the church- an ever-expanding inclusion of those who have been marginalized and pushed to the edges of society. This is the call of the gospel.

But inclusion is a double-edged sword. While tolerance demands that we simply allow even the most reprehensible people to exist, inclusion draws some lines in the sand. In order to be truly inclusive, we must be willing to exclude the exclusive. On the surface, this seems like a paradox, but when you think about it, it makes sense. The community of faith I pastor is unashamedly progressive and actively has fought to include the LGBT+ community, people of color, and those experiencing homelessness- three categories of people that have been historically marginalized and who are yet again facing threats from the current Presidential Administration. About a year ago, our leadership team asked the question: What would happen if someone entered our sanctuary wearing a “Make America Great Again” hat on a Sunday Morning?

If tolerance is our highest value, then the only answer available to us is to allow that person to participate and ask everyone else to tolerate the discomfort. But that’s simply not good enough. The truth is that the MAGA hat has come to represent a symbol of hatred for so many people in our community- we literally do not feel safe in the presence of people wearing it. Afterall, it was just a few years ago where a mob of white supremacists marched in the streets wearing that hat. It’s not merely a political statement- it carries with it a significant cultural message of hatred. It wouldn’t only cause our community to feel unsafe, but we have a reason to believe, based on past evidence, that it could actually signal a legitimate safety concern.

Therefore, our team decided that our security team would ask that person to please remove the hat before entering the sanctuary. If they were not willing, they’d be asked to leave. Now, I already know that there are people reading this who are recoiling in outrage- “How can you claim to be truly inclusive if you exclude that person?” Good question. True inclusion means that we’re ensuring that people are welcomed and invited to show up as their true selves and be embraced just as they are. Inclusion, therefore, relates to fundamental identity- sexuality, gender, race, ethnicity, socio-economic status, different abilities etc. Those identities must be the fulcrum on which our idea of inclusion turns. All other aspects of a person- religious belief, political belief, bias and prejudice- those are secondary issues that people do choose and can change.

While it’s important in a society that values free speech to allow people to be able to express and share their beliefs, values, and opinions in the public square and in the privacy of their own homes and communities, embracing radical inclusion does not mean that we must include all perspectives or ideologies in our own homes, families, or faith communities. In fact, if we allow people to openly and publicly espouse ideology that threatens the rights and wellbeing of others, we have sacrificed their inclusion based on fundamental identity for the sake of the inclusion of another person’s offensive ideas. And it’s the simple truth that people should always come before ideas. Your right to express your (offensive) opinion about others should not outweigh any minorities right to be safe, welcome, and embraced in any church, family, or society.

So, when we’re engaging in religious and political conversations around fundamental human rights and dignity, tolerance is never enough. Tolerance works in the realms of ideas, alone. (And even there, it has its limits.) But true, radical inclusion requires that we draw a firm line in the sand for the sake of the dignity and equality of people with marginalized identities and say that we cannot and will not include those in our churches, our friend groups, and in our communities that espouse ideologies that threaten the fundamental and unalienable rights of all people, especially those who have been historically threatened. Again, we will tolerate all peoples right to exist and their basic rights as citizens, but we are under no moral obligation to include or support those with exclusive ideologies and practices in the communities that we are seeking to cultivate a radical sense of justice-driven inclusion.

What are your thoughts? Is my understanding of inclusion too narrow? Should tolerance hold more weight as a value for progressives? Discuss 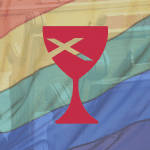 January 2, 2020
A Call for the Christian Church (Disciples of Christ) to Embrace True Inclusion
Next Post

January 13, 2020 A Continued Call to The Christian Church (Disciples of Christ) to Reflect on LGBTQ+ Inclusion
Recent Comments
0 | Leave a Comment
"Hmm, did you read Titus? It is plain from the text.Basically, the one who does ..."
Gregory A Call to the Christian Church ..."
"I would only add that this is what the church should be celebrating every Saturday. ..."
Jack Petersen Why Your Church Should NOT Celebrate ..."
"I would not describe myself as a progressive, in fact you might think of me ..."
Robert LIMB Tolerance Is Not A Progressive Value
"I can only laugh as both the Fundiegelicals and "progressives" scramble like polar bears on ..."
Nixon is Lord A Call to the Christian Church ..."
Browse Our Archives
Related posts from Nomad