The Church and the #BlackLivesMatter Movement-Pt. 4

The Church and the #BlackLivesMatter Movement-Pt. 4 May 31, 2015 Katherine Whitfield 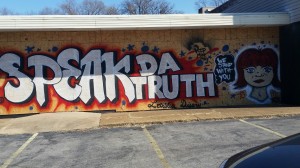 Zora Neale Hurston conducts an in-depth analysis of the relationship between folklore and the black church in The Sanctified Church. Of the black church, Hurston writes, “The truth is, that the religious service is a conscious art expression” (81). Conscious art expression holds a seminal place in the Black Lives Matter movement, as well, from protest songs, chants and creative arts workshops to the poetry and prose pouring forth from those who are on the ground praying with their feet.

Of preachers, Hurston notes a clear distinction between “lecturing” and “preaching,” declaring that preachers “must exhibit the poetic power to move listeners to new and deeper levels of spiritual awareness” (Evans 146). Again, the stirring words shared by many who are closely connected to the movement – both as public proclamations and as rallying cries for the tired troops – seems to align with the language attributed to the function of preaching within the black church.

But above all else, the frenzy, or the “shout,” is beautifully paralleled in the words and actions of the protesters. Hurston describes shouting within the context of black church as “an emotional explosion, responsive to rhythm. It is called forth by: (1) sung rhythm; (2) spoken rhythm; (3) humming rhythm; (4) the foot-patting or hand-clapping that imitates very closely the tom-tom” (91). This language rings profoundly true for me of the “shouting” I experienced both in my own very brief experience participating in one of the protest actions, and in the stories told to us by those leading the movement.

For example, one of the movement leaders, Reverend Osagyefo Sekou, told the story to a group of students in Ferguson of an evening when protesters took refuge at a local coffee shop, Mokabe’s, and found themselves blocked in on all sides by members of law enforcement. Under Sekou’s instruction, the protesters began patting on their chests in unison to the rhythm of the beating human heart. They acted from the very depths of “an emotional explosion, responsive to rhythm,” and their controlled but powerful frenzy was enough to disperse the crowd of officers. From the rhythm of the frenzy, peace sprang forth. And, as Hurston so eloquently states, “Shouting…is absolutely individualistic, [but] it thrives in concert…for the rhythm is increasing with each shouter who communicated his fervor to someone else” (91).

R. Drew Smith outlines in his essay a more contemporary analysis of the functions served by the modern black church. Even dating back to the abolishment of slavery, the contemporary black church has been known and lauded for addressing not just the spiritual needs of its congregants, but the emotional, mental, physical and moral needs, as well (Why, Lord? 40). In Smith’s estimate, the black church still fulfills many of those same functions today. He notes that black churches are often viewed by their respective communities as spiritual springboards, refuges and social resources (228). The notion of spiritual springboard implies a place where one’s soul might be refreshed, as does the concept of refuge – both spiritually and socially. Smith states, “Black churches served as spiritual refuges, but black churches, on several levels, have also provided psychic and social refuge from the dehumanizing and destructive forces of white racism” (231).

The black church as social resource reflects an understanding of the church as an extension of the family: a network of individuals who can look to one another for fellowship, food, business advice, communal care of the church’s children, political conversation, educational and artistic opportunities to develop and further creative gifts, and, in general, an overarching sense of communitas (Smith 233). Cultural anthropologist Victor Turner asserts that “one feature of communitas is the liberation from the normal social stratifications” (Evans 147), and the contemporary black church provides this liberated “safe space” – a modern-day hush harbor – for African Americans buckling under the stressful weight of life in a white-centric and prejudiced society.

I perceive similarities between the modern black church and the Black Lives Matter movement in all three of these arenas, for surely the movement offers an opportunity for the refreshing of one’s soul by giving rise to the cries of the disenfranchised and downtrodden. The notion of a spiritual and, particularly, a social refuge is evidenced not just in the act of gathering together, but in the outpouring of support and solidarity from like-minded citizens all around the globe. While sometimes the “actions” are dangerous and conducted outside of “safe haven” spaces (perhaps far from anyone’s idea of refuge), the Black Lives Matter community, in its inclusivity and strength, offers a sense of refuge and belonging, I believe, for all who align themselves with the movement.

In an age where we are starving to engage with one another in authentic community, the Black Lives Matter movement is a place where anyone who chooses to stand up for righteousness is met with the understanding, “You belong here.” Provision of social resources is a logical extension of this sense of communal belonging. Protesters are fed. Their medical needs are tended to. They are called by name. They share with, and care for, even those whom they do not know by name. Protesters raise their voices together in outcry, in song, in prayer and in thanksgiving.  They are encouraged to participate in special gatherings and “self-care events” held to promote educational opportunities, physical wellness, preventive health care awareness, and perhaps most importantly, personal stress-relief activities, such as massages, meditation and mindfulness training.

They are the Ekklesia – a spiritual personhood bound together in love, free-flowing, informal, and assembled for the purpose of proclaiming and acting out one simple, undeniable element of Gospel truth. They proclaim that the lives of black men, women, and children matter, and that the age of shalom will never truly come until this truth is acknowledged and reflected in the deepest threads of our nation’s social fabric.

In this overview, I have attempted to make a case for the Black Lives Matter movement as an extension of the black church by establishing connections between the movement, the earliest Christian church, the Invisible Institution and the contemporary black church. I believe the structure, nuances and grassroots radicalism of the movement situate it as a more accurate lived illustration of the teachings of Jesus Christ than do many of our nation’s more formal religious institutions.

Albert Cleage observes “that when movements assume institutional form, their original dynamic is usually lost” (J. Evans 154); perhaps this dilution of the believers’ original dynamic makes up the gap that exists between “church” and “ekklesia.” When considering whether those driving the Black Lives Matter movement forward consider their work as an extension of the church, we have heard testimonials that some protesters believe God is silent, at best, and dead, at worst, while others believe that God is the force of liberating justice sanctioning and sustaining the entire movement.

I know that I felt the Kingdom of God unfolding all around me during my week spending time with the activists in Ferguson. I found God in the streets, in the synagogue, in the warehouse rally, in the classroom, in the coffee shop, and in the eyes, hands and feet of everyone who opened their hearts to us. I saw the imago Dei shining brightly in the young men and women who have been beaten down, harassed, threatened, arrested, fined, tear gassed, and told that they are “less than” because they are young, or black, or gay, or women, or uneducated, or poor, or fatherless, or all of the above. The ekklesia is happening all around us, and church is taking place far beyond the walls of the formal building with the steeple.

I believe that God has a tattoo on Her face. Cleage writes that “worship is the coming together of a committed people [seeking] direction, power, and inspiration as the chosen people of God” (Evans 155). In seminary, and in Ferguson, I have found my authentic, beloved community of worshippers. Like the disciples two thousand years ago, they are the ekklesia – and they have a story to tell, to any who will listen and believe.

Evans, Rachel Held. “Want millennials back in the pews? Stop trying to make church ‘cool.’” The 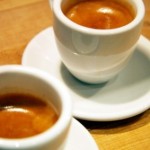 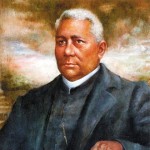 June 1, 2015 White Gods and Black Devils: The Rhetoric of Bishop Henry McNeal Turner-Pt. 1
Recent Comments
0 | Leave a Comment
Browse Our Archives
get the latest from
Rhetoric Race and Religion
Sign up for our newsletter
POPULAR AT PATHEOS Progressive Christian
1 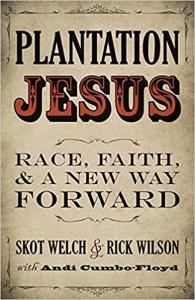