The Damage Done to the Name “Christian”

The Damage Done to the Name “Christian” December 11, 2016 Guest Contributor 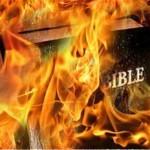 In 2007, Universal Studios produced a movie entitled “American Gangster”.  Set in the late 1960’s & starring famed actor Denzel Washington, the film provides the viewer with a lens into the life, rise & fall of Harlem drug kingpin, Frank Lucas.  There is a scene in the movie where Frank Lucas (Washington) is in a nightclub having a conversation with fellow drug lord Nicky Barnes (played by actor Cuba Gooding Jr.) concerning the purchase and redistribution of the drug Frank sells: Blue Magic.  Nicky has been purchasing Blue Magic from Frank, diluting it with other chemicals to decrease its potency, and selling it under the same name.  Frank meets with Nicky to attempt to explain that when you sell a watered down product using the same brand name, you, inevitably, diminish the value of the name.

I think about Lucas’ principle with our recent Presidential election now behind us and the impending presidency of Donald Trump in front of us.  As voting has now ceased, demographic statistics are now being released relating to the votes that were cast.  Traditionally, this data is released to offer perspective into the science behind our electoral process.  But, in this particular election, where the prevailing sentiment is one of discontent, many (at least, in the public square) are looking for some understanding as to how this actually happened.  Figures from the election show that 80 percent (4 out of 5) White Evangelicals/Christians cast their vote for Donald Trump, a candidate whose record of racial discrimination, misogyny, cruelty and demagoguery have not only been on display on the campaign trail, but have also followed him for more than twenty years.

The part of that statistic that is the most concerning to me is not “white” part (though I do think that some healthy conversation ought be had regarding the racial implications that we saw play out so heavily in this election and what that, in turn, affirms about the social landscape of this nation) but the “Christian”part.

The endorsement of a candidate who willfully, defiantly even, decides to embody such vitriol is bad enough.  But, for those who choose the coinage “Christian” as their self-identifier to show up in drones to lift that candidate to the highest office in the land is deeply disturbing. Christians who used their relationship with Jesus as a justifier to cast a vote for Trump (or engage in other acts contrary to the life model Jesus lived for us while on Earth) misrepresent our Lord and simultaneously complicate an already difficult mission of spreading the Gospel all over the world. This particular perversion of our Savior says to the world that Jesus is only good enough to be at the center of a contested chronicle and not strong enough to stand and have something to say on social issues.  Our support of that which our God stands firmly against offers the world a watered down brand of Christianity and, inevitably diminishes the value of the Name.

Our relationship to God through Jesus Christ, ought to be more than a moniker that gives us access and acceptability in the marketplace.  Being a Christian ought to prompt us to constantly evolve and evaluate who we are; it ought challenge us and, ultimately prompt us to correct ourselves. As followers of Jesus engaged in the American voting process, as Christians, perhaps the thought shouldn’t have been “I’m voting for ______ in the name of Jesus” as much as it should have been “Who would Jesus have cast a vote for”?

If those who espouse theology connected to Jesus Christ are able to drop the conviction of that commitment in the face of our earthly biases, we stain the sacredness of our Savior and transform our faith into nothing more than a cult of convenience.  When we preach and propagandize submission to God’s Will yet work towards the fulfillment our own will, we give the impression that Jesus is only as good as the worst in us as opposed to the catalyst for the best in us.

In the nightclub, Nicky tells Frank that when he owns something, he can do whatever he wants to with it.  Frank doesn’t dispute Nicky’s ownership of what he has claimed as his own. Frank desperately tries to get Nicky to appreciate the value in what he has by telling him that this is so good that you don’t have to do anything to it; Frank tells him the product “is good enough the way it is”.  The pure, true image of the Son of God (not only loving and compassionate but also inclusive, radical, controversial, unconventional, bold, and unafraid to challenge the establishment), is cogent enough to “draw all men unto Him”.  Jesus is good enough the way He is.

We need to be more careful and protective of the name we’ve decided to adopt; more discerning of the decisions we make in Jesus’ name. We must be careful not to commit acts of infringement against the name of Jesus.

Damage was done to the reputation of our Redeemer on Election night.  May we, as daughters & sons of God be both prayerful and careful what we do.  For when we act, we do so on Your behalf. Lord, forgive us.  In Jesus’ name, Amen.

Derrick Holmes is a R3 contributor and blogs at Are You Up Yet? 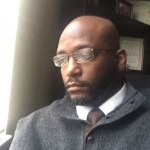 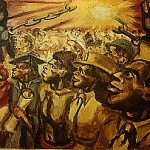