Resistance and the Black Faith Tradition 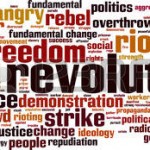 When the National Committee of Black Churchmen met in 1966 to argue for a theology that spoke to them, they were not operating out of thin air. Black power had been the rallying cry for issues that forced many African Americans in poverty. It was out of this cry for Black Power that the churchmen convene to discuss Black Power and its relationship with the Christian faith.

In 2015, I submitted a proposal to the National Council of Black Studies to talk about this relationship. While NCBS accepted the proposal I did not get to present the work because I could not attend the conference. Moreover, around this same time, after seven years, I left Memphis Theological Seminary and joined the Communication faculty at the University of Memphis. As I began my work there, I placed my Black Theology/Black Power research on hold as I focused on other research and publishing opportunities. However, the ideas and thoughts from the original proposal never left and to it, I knew I would someday return.

This is why I am glad to see Dr. Kerry Pimblott’s new book, Faith in Black Power: Religion, Race, and Resistance in Cairo, Illinois that examines the role of faith in relation to Black Power. As she wrote in an earlier post for R3, when she began research and writing the book over a decade ago, she met former activist who surprisingly offered “tantalizing insights into the Cairo movement’s unique blend of radical politics and religious fervor.” She writes:

Under the leadership of Rev. Charles Koen, the United Front – Cairo’s foremost Black Power organization – used Black congregations as staging grounds for a struggle grounded in the rhetorical and ritualistic world of the Black church. The United Front’s symbol – a gun placed atop a King James Bible – jarred against portrayals of Black Power’s anti-clericalism and jettisoning of the religious discourses that had shaped earlier civil rights campaigns.

In the “first detailed account of the Cairo Black Freedom struggle,” Pimblott argues that what emerges from her study is a “story that challenges dominant assumptions of Black Power’s “de-Christianization,” revealing the sustained role of Black churches and African American Christian traditions at the local level.” According to the book jacket, with this “reassessment of the impact of religion on the black power movement,” Pimblott presented a “nuanced discussion of the ways in which black churches supported and shaped the United Front. Further, “not only did the faithful fund the mass direct-action strategies of the United Front, but activists also engaged the literature on black theology, invited theologians to speak at their rallies, and sent potential leaders to train at seminaries.”

I remind them that I am out here because my faith. It is my faith that teaches me to bear witness to the injustices happening. It is my faith that teaches me to resist. Therefore, in short, when we tell this history of Black Power, we must also tell the role of the Black Church, clergy and lay people who saw it as part of their faith commitment to join and become active in their own liberation. Moreover, when we participate in resistance today, we must make room for those who come by faith as well. 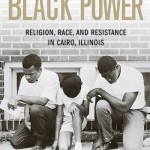 January 3, 2017
Black Power and the Role of Faith
Next Post 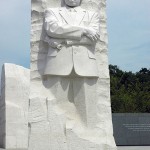