Not Your Magical Negro: The Unrealistic Expectations of a Former President 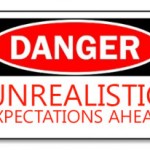 In a recent Huffington Post article, Dave Jacobson and Maclen Zilber, seeing the “carnage” that Trump is producing and proposing, suggests that it is time for our former president, Barack Obama to “break his silence.” They write, “Now, at our darkest hour, we need our nation’s greatest communicator to dust off his sneakers and get back into the fray.”

While acknowledging that Obama has “given everything” he “had for us” and that we “don’t have any right to ask [him] to sacrifice a moment longer,” they write that the “American people need your talents, we need your voice, we need your quill, and we need your moral authority.” And then, as if they are in some school yard setting, they actually taunt the president when they close with this attempt at playing the dozens: “You said last fall that you would defeat Donald Trump if you went toe-to-toe against him. It’s time for you to prove it.”

Not to get into why does Obama have to prove it or why they even think that Obama saying anything will help, I simply suggest that Obama not only does not have to say anything about what Trump is doing and he has nothing to prove to anybody as well. Why? Because in the last days of the campaign Obama TRIED to tell us about Trump and about what it means to be president of the United States. In speech after speech, he laid out an argument not only for supporting Hillary Clinton, but also for NOT supporting Donald Trump. What Jacobson and Zilber see in Trump is what Obama tried to warned us about on the campaign trail.

In a rally in Columbus Ohio, one week before Election Day Obama told us that “Donald Trump is uniquely unqualified to be President. He is temperamentally unfit to be Commander in Chief.” When some wanted to “trump” Trump’s “populist leanings,” Obama again tried to tell anyone who would listen, “The notion that this guy is going to fight for working people, when his entire life he did not have time for anybody who wasn’t rich or a celebrity, who wouldn’t let you into one of his hotels unless you were cleaning the room, wouldn’t let you onto one of his golf courses unless you were mowing the fairway—come on! This guy is going to be your champion?”

On foreign policy, Obama tried to warn us again. “We can’t afford a President whose brain has suggested that we should torture people again or ban entire religions from our country.” However, the big warning from Obama came when he tried to tell us about the office of the president. Obama said, “Let me tell you something about this office. Who you are, what you are does not change once you occupy the Oval Office. It doesn’t. It all—the only thing this office does is, it amplifies who you are. It magnifies who you are. It shows who you are.”

If you disrespected women before you were elected, you will disrespect women once you’re President. If you tolerate supporters who are Klan sympathizers before you’re elected, then you’ll receive their support once you’re in office. If you disrespect the Constitution by threatening to shut down the press when it doesn’t say things you like or threatening to throw your opponent in jail or discriminating against people of different faiths—if you do that before you are elected, then what are you going to do when you have actual power to do those things?

Obama has proven to be prophetic. He tried to warn us, as many African Americans and people of color tried to warn us about Donald Trump. However, people didn’t listen and strategists thought they knew better. I still remember when Democratic congressman Keith Ellison tried to tell a panel on ABC’s This Week that we should watch out for Trump, panelists just laughed in his face.

So no, Obama does not have to break his silence nor does Obama have to save us. We should not try to turn Obama into some magical Negro, only armed with a speech, a cadence, and sometimes a “preacher’s tune,” that will somehow move us to action. Besides, if anyone needs to break their silence, it’s those who supported him; ones now having second thoughts after some learned that they should have taken him seriously and literally. But Obama tried to warn us. He told us exactly what would happen. But as usual, some elected not to hear.

Andre E. Johnson is a Managing Editor and Founder of R3 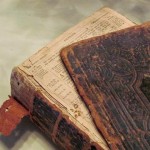 January 30, 2017
How Do Christians Support a Refugee Ban?
Next Post 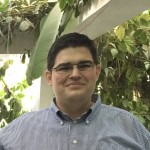 Come with me and escape
Here is your open thread for February 24, 2020. Talk amongst yourselves.
view all Progressive Christian blogs
What Are Your Thoughts?leave a comment