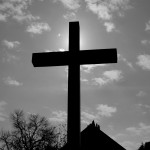 Fear and anger grip my nation. Cries of protest arise from people who perceive injustices in executive actions. Supporters of those actions object to the protests and demean the cries of oppression.

As I said in a recent sermon, “We need to do something. We need to say something. Our consciences don’t allow us to sit quietly and passively while the world around us falls to pieces.”

White theologians cannot stop by stepping outside the tower. The courage to engage American society also means that we must seek the affirmation of life by showing up. The courage to show up means to actively seek equality and justice and to stand with those whose being is questioned by the political and societal structures. This means affirming the rights of all in spite of the possible threat to ourselves. It means standing with colleagues, students, and strangers whose lives are under the constant existential assault to their personhood. The courage to show up means to speak out and seek to influence the political debate.

Weed and I share some convictions but differ in practice. He’s a theologian, and I’m a preacher in a local congregation. Our roles lead us to think, speak, write, and act from different perspectives and concerns.

Whereas he desires “to influence the political debate,” my primary ministerial commitment is preaching and teaching to nurture a specific group of people. My main ministerial goal is not to influence any government’s decisions. That doesn’t mean I shouldn’t or don’t speak and write prophetically (see Andre E. Johnson’s work on prophetic rhetoric). Instead, the prophetic in my ministry role must blend with the pastoral to contribute to the formation of a community striving to live out the Kingdom of God in an earthly kingdom that operates on different values.

In a recent NPR interview, Adam Hamilton said, “When you have a congregation like ours that’s divided on both sides of the political spectrum and conservative, progressive and a whole lot of people in between, the question is how do I continue to be pastor for all of these people? And how do I help them hear each other?”

He continued, “I want to help both sides be able to hear the legitimate and sometimes not necessarily legitimate concerns of the other. My aim is not to see 40 percent of my congregation walk away saying, ‘I don’t know if I want to come back.’ And I’ve said to pastors across the country . . . ‘It’s easy to irritate people. It’s harder to influence people.’”

That pastoral (nurturing) focus doesn’t prevent Hamilton from speaking prophetically (from a sacred foundation to call for change). In the NPR interview on February 3, he said that his next sermon would talk about what the Bible says about refugees and other marginalized people and would address these questions: “What does the Bible teach us about how we react to people who are in troubled situations? You know, what does it mean to be concerned for those who can’t speak up for themselves?”

It’s interesting that he planned that sermon for February 5 instead of January 29. (President Trump’s refugee ban happened on January 27.) The delay resulted not from Hamilton’s ignorance of current events or from his lack of concern. In the interview he explained, “I knew actually as of Friday night (Jan. 27) that I would be saying something, but I chose not to address it in church immediately after that on Sunday because I felt like I didn’t know enough yet. And I had people who were disappointed that I didn’t talk about it in church immediately after that.”

Too many preachers speak boldly out of ignorance, not taking the time to study, learn, pray, and contemplate. On the other hand, in fear of offending congregants, too many preachers avoid topics deemed “political.” Hamilton chose to invest the needed time and effort to learn and then to speak. He chose to respond to social issues without abandoning the pastoral responsibility of preparation.

The prophetic-pastoral balance is difficult.

How long should we wait and learn before speaking? At what point have we waited and learned so long that our words are no longer relevant?

No preacher can answer these questions for any other preachers. Different contexts require different choices.

In making these decisions, we preachers should prayerfully and studiously consider a mixture of cultural and congregational needs. And we should invest the requisite time and effort to prepare sermons that speak from sacred texts to help people experience the texts in ways that prompt conviction and change.

Steven Tramel Gaines ministers with Cordova Community Church in Memphis, TN. He is also a PhD student in rhetoric in the department of Communication at the University of Memphis. 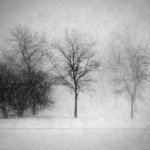 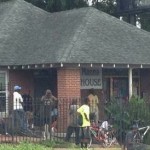 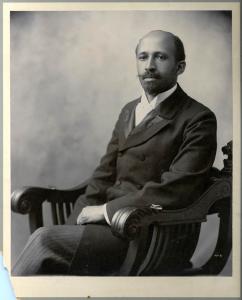