Educated #Evangelicals in the Era of #Trump-Pt. 1

Educated #Evangelicals in the Era of #Trump-Pt. 1 March 6, 2017 Guest Contributor 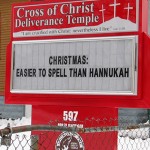 This is the first in a four part series from Dr. Christopher Stroop, a self identified “ex-Evangelical” who seeks “to foster community for those harmed by and alienated from conservative religious communities.”  The posts in this series come from his post  “Educated Evangelicals, Academic Achievement, and Trumpism: On the Tensions in Valuing Education in an Anti-Intellectual Subculture” first published on his blog. We thank Dr. Stroop for allowing us to publish it here on R3.

Fundamentalists force an inhumane choice on reflective, empathetic individuals who grow up in their enclave communities: assent that 2 + 2 = 5, or, if you can’t, shut up about it or leave. Conservative Evangelicalism is a variety of Christian fundamentalism, and, make no mistake, the data tells us with overwhelming clarity that (apart from the “special demographic” of Vladimir Putin, Mitch McConnell, and James Comey), white Evangelicals are the one demographic most responsible for electing the most patently unqualified and dangerously demagogic president in modern American history. I am often asked how they could vote for someone so impious, which is a question I’ve addressed multiple times, generally referring to white Evangelical subculture’s pervasive authoritarianism and its politics of Providentialism (which can lead them to conclude that God can use Trump as a “vessel” despite his imperfections).

Perhaps a more interesting, or at least less frequently addressed, question, is how Evangelicals could vote for a candidate so manifestly, indeed flamboyantly, incompetent. But the two questions are very much of a piece, and the answers will take us down similar paths. Authoritarianism in power is always accompanied by anti-intellectualism, pseudo-intellectualism, and post-truth conditions. Fundamentalism is authoritarian by definition–it accepts a vision of “the Truth” that is sacrosanct, unquestionable, and, when found to be incompatible with reality, protected through the generation of “alternative facts,” which themselves become unassailable truths within the enclave community that is built up to sustain the fundamentalism in question.

Why go to such extreme lengths to maintain false “truths” instead of simply accepting new information?  Because, thanks to abusive socialization and indoctrination, one’s entire identity is tied up with being right about these particular truths, making it so painful to face (actual) facts that for most fundamentalists doing so is simply impossible, leading to deflection, whataboutism, and extreme manifestations of psychological defense mechanisms such as  projection and defensive fetishes.

If this sounds a lot like America’s current (illegitimate) president, it should. Both conservative Evangelicals and the reality-TV-star-in-chief are insecure and defensive. Both cling to demonstrably false views. Both feel aggrieved, since they believe their “alternative facts” deserve a hearing on par with actual facts. What this serves to do, of course, is to create a situation in which there are no genuine facts, leaving “facts” to be determined by power. And because they are so invested in being right, they are willing to use coercion to force their fake “facts” on others.

Fundamentalism is authoritarianism in microcosm, or on the margins. Fascism is essentially fundamentalism in power, and it continues to nurse a sense of being “the moral majority” and “beleaguered” and “treated very unfairly” – at the same time. As I tweeted on February 11, “There’s a reason that one scholarly framework for approaching authoritarian ideologies is ‘political religion.’” See also my analysis in “#ChristianAltFacts, or, How the Christian Right Broke America,” and Christopher Douglas’s excellent article “The Religious Origins of Fake News and ‘Alternative Facts.’“

But perhaps this is all very abstract. And perhaps it might imply that all Evangelicals are simply anti-intellectual, with no ambivalence. In fact, in the kind of Evangelical environment I grew up in–a generally college or postgraduate educated, middle to upper-class part of the broader enclave community–attitudes about education and knowledge are riddled with tensions. In an attempt to help others better understand the dynamics of living with Evangelical anti-intellectualism while simultaneously theoretically valuing education, I’m going to explore this topic  through my personal experience below.

There is a strange sort of hope and fear for Evangelicals who profess to value academic achievement–they want their kids to achieve academically, because that lends a veneer of credibility to the fundamentalist community and ideology itself. They desperately want to believe that their parallel institutions and bodies of knowledge are just as good as “the world’s.”

At the same time, there is a widespread fear that at least some aspects of the parallel Evangelical information universe may not hold water when seriously tested. Would-be “respectable” Evangelicals who value education and want to be taken seriously are acutely aware that when it comes to “training up” the next generation, too much critical thinking, or the “wrong” kind of education can lead to the community losing a potentially talented culture warrior to “the world.” I was supposed to be that talented, academically accomplished culture warrior. #SorryNotSorry, but “taking back the country for Christ” was not for me. I am in fact horrified to watch theocracy rising in Trumpism, as I switched sides in the culture wars long ago. This series of blog posts is part of my effort to talk back, fight back, and support others undergoing the very difficult process of leaving fundamentalism. 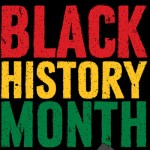 March 4, 2017
‘Our Little Get-Together’: Trump and Obama on Black History Month
Next Post 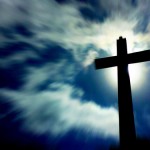 Mansplaining in the Bible, and a...
Freelance Christianity
Related posts from Rhetoric Race and Religion