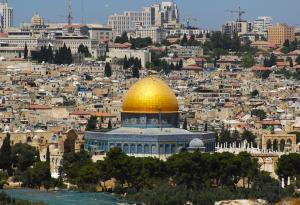 It’s one thing for Christians to have a particular perspective on the end-times and how it’ll all play out. But a segment of the Christian population has taken their end-times scheme into their own hands, for years now, attempting to elect politicians who will arrange the political pecking order in such a way that their eschatological agenda is forcibly realized. They lobby and promote agendas that privilege Israel, no matter whether Israel is just or good to her neighbors, because they believe Israel has a special place in God’s end-times story. They lobby and promote agendas that ignore the suffering of Arab populations – including Christian Arab populations that you’d at least think they’d have some affinity for – because they see these Arab nations as the end-times enemies of the state of Israel. As JR Madill Forasteros has said, These Christians “support hostilities between Islam and Judaism, between Israel and Palestine. Escalated violence doesn’t matter. The body count doesn’t matter. They’re HOPING for these things.”

It is one thing for these Christians to believe such things. At least when it was just in the realm of belief it was not politically problematic on a world stage. But now, many of these folks have not only espoused such beliefs, but they’re actually attempting to move the pieces around on the political chessboard to force their end-times scenario to come together.

It is, in the most literal sense, a self-fulfilling prophecy.

Or to use a different metaphor, it’s basically an illusionist using slight of hand, and while he fails to convince the audience of his illusion, he has somehow convinced himself he’s done real magic.

Or if you’ll stay with me for one more metaphor, these people know they’re the ones behind Oz’s curtain. They know they’re the ones pulling all the strings that make Oz’s mouth move, a voice speaks, and ears smoke. And yet, despite all their theatrics, they believe Oz is the one doing it all. Apparently, they’re just “helping.”

By essentially forcing the fulfillment of their own end-times narrative, these Christians are instigating violence in the Middle East – violence that will cause the deaths of thousands, if not millions, of innocent lives – all in the name of a particular eschatological agenda writ large. And when it’s all said and done, and the rapture doesn’t happen, they’ll look at the Middle East in ruins and say, “Stop hitting yourself. Stop hitting yourself,” ever refusing to acknowledge the role they’ve played in the violence. That’s right: I’m calling it now. It will be impossible for them to acknowledge they’re wrong because that’s how these groups work. They will blame the Arabs and Muslims for the violence, scapegoating them instead of owning their own wrongs. That’s how it’s been working since the 70’s with this group. And once their end-times scheme is proven false, they just re-shuffle the deck and do it all over again. Nothing reinforces arrogance and ignorance like political power mixed with end-times religious beliefs.

Like the work we do at Rhetoric Race and Religion? Please consider helping us continue to do this work. All donations are tax-deductible through Gifts of Life Ministries/G’Life Outreach, a 501(c) (3) tax-exempt organization, and our fiscal sponsor. Any donation helps. Just click here to support our work. 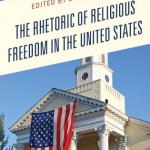 December 14, 2017 #MLK Celebration: "Why America May Go To Hell"
Recent Comments
0 | Leave a Comment
Browse Our Archives
get the latest from
Rhetoric Race and Religion
Sign up for our newsletter
POPULAR AT PATHEOS Progressive Christian
1 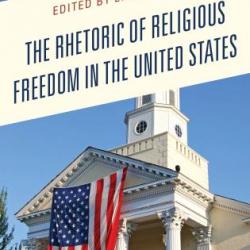