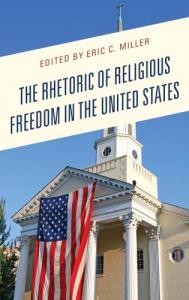 from The Rhetoric of Religious Freedom in the United States, edited by Eric C. Miller. (Lexington Books, 2017).

In this chapter, I examine Donald Trump’s rhetoric of religious freedom specifically aimed at appealing to black voters. I first examine briefly two speeches given to predominately-white audiences. In those speeches, while arguably focusing his appeal on economics and jobs, he did it by creating a dystopian view of the African American community. It was this dystopian view and his promise to “fix it” that helped him strengthen his suburban white base. However, when Trump appeared in black space and with a majority black audience, his approach and appeal was different. Still grounded in economics and jobs, Trump also included strong religious appeals. Moreover, examining Trump’s rhetoric in Black Spaces, I argue that while the appeal for better economics and job creation was still a major aim, Trump also appealed to religious freedom and the historical significance of the black church in hopes at inviting African Americans to consider his candidacy.

During the 2016 presidential campaign, Donald J. Trump’s appeal to white evangelical voters received sustained attention from press and pundits. Less discussed was Trump’s outreach to African Americans. For Trump and his campaign, black voters became important, I argue, for two reasons. First, Trump needed to appeal to African Americans to shore up votes from suburban white women, a constituency that might withhold support from a candidate who appeared racist. Second, while Trump was never competitive for the majority of African American votes, he could get some-perhaps enough to switch a state or two in his favor. Terence Jeffrey has noted that George W. Bush’s 2004 victory came from the 16 percent support he received from African Americans in Ohio-enough for him to carry the state and win the election.

For Trump, however, the road to African American endorsement would not be smooth. When the campaign started to appeal to African Americans, Trump polled only 1 to 3 percent with black voters. There were several reasons for this. For one, Trump had for years made headlines as the nation’s most prominent “birther, ” having consisitently maintained that President Obama was not born in America and demanded that the first African American president show his papers as an American citizen. He was slow to denounce the support of former Ku Klux Klan leader and devout white nationalist David Duke. His slogan, “make America Great Again,” sounded to many African Americans like an invitation to go back to the days of segregation and Jim Crow. Then there were the constant attacks on the Black Lives Matter movement, his attacks on Mexicans and Muslims and other non-white people, his stated intent to be the law and order candidate,” and his continued–throughly debunked-instance that the black men accused in the Central Park Five case were guilty. Thus, Trump faced a rhetorical hurdle in appealing to black voters.

In this chapter, I examine Trump’s strategy for clearing this hurdle, with reference to the goals mentioned above. I first examine two speeches give to predominately white audiences. In these speeches, while arguably focusing his appeal on economics and jobs, Trump crafted a dystopian view of the African American community before promising to “fix it”-an appeal designed to strengthen his suburban white base. I then consider Trump’s first campaign speech in the black space of an African American church, noting important differences. Still grounded in economics and jobs, this speech included religious appeals and expressed reference for African American traditions. I argue that these appeals to religious freedom and the historical significance of the black church were crafted to invite African Americans to consider his candidacy. Finally, I offer some implications and conclusions. First, however, I begin with Trump’s attempt to solidify the base of the Republican Party-white evangelicals. 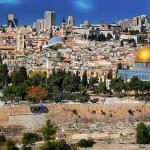