Educated #Evangelicals in the Era of #Trump-Pt. 3 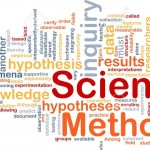 This is the third in a four part series from Dr. Christopher Stroop, a self identified “ex-Evangelical” who seeks “to foster community for those harmed by and alienated from conservative religious communities.”  The posts in this series come from his post  “Educated Evangelicals, Academic Achievement, and Trumpism: On the Tensions in Valuing Education in an Anti-Intellectual Subculture” first published on his blog. We thank Dr. Stroop for allowing us to publish it here on R3.

“And whatever you do, whether in word or deed, do it all in the name of the Lord Jesus, giving thanks to God the Father through him.” – Colossians 3:17 (NIV)

And then there was Christian school. From first grade through half of sixth grade, and then again for all four years of high school, I went to a Christian school in Indianapolis. Elementary school talent shows concluded with sing-a-longs of–to borrow a phrase from Dave Barry, I am not making this up–Lee Greenwood’s godawful “God Bless the USA.” Our high school chemistry, physiology, and AP bio and AP chem teacher was an absentminded apocalyptic who would at times spend half the class on what he called “thoughts,” long, rambling devotions of sorts. These often involved his dreams (“I dreamed it was Judgment Day, and Christ was separating people into the sheep and the goats, and I was running around frantically trying to see if any of my students were among the goats…”).

The two years I had him, for chemistry and AP bio, he predicted that the rapture would probably occur “this fall around Yom Kippur,” because, you see, it was surely the year of Noah, since sin (especially gay sin) was increasing and increasing, and did you know they’re genetically engineering red heifers? (Again, I am not making this up.) I’m pretty sure he did/does this every year. The rapture’s always just around the corner. And this man teaches science.

In AP bio, this teacher showed us young earth creationist “documentaries,” even one about “flood geology,” as well as secular documentaries. While we used a secular college textbook, as is standard, he refused to teach us the evolution chapters, instead telling us to read them on our own and regurgitate them for the exam. In class, we discussed how “microevolution” could occur within a Biblical “kind” as described in Genesis, but this was not “macroevolution,” which would involve speciation. Of course, the position that “microevolution” can occur without the speciation of “macroevolution” is untenable, but what of that?

To get back, then, to the paradoxical nature of the pro-education anti-intellectualism I grew up with, you can see how odd it is for a school to offer AP courses and encourage high college placement rates, etc., while still teaching #ChristianAltFacts. But that’s what our school did and does; Christian Right ideology, including a belief in Biblical inerrancy, set the tone for everything else. In elementary school, we pledged allegiance both to the American flag and the Christian flag. One of the walls in the old elementary school was emblazoned with part of Psalm 33:12, “Blessed is the nation whose God is the LORD.” In our milieu, “liberal” was treated like an antonym for “Christian.”

And yet the school has long touted its SAT scores and college placement rates, both of which are higher than those of the surrounding Indianapolis Public Schools. (Incidentally, the school tried to funnel as many graduates as possible into Evangelical colleges, so the #ChristianAltFacts deemed essential to the salvation of our souls would not be too severely challenged in the process of acquiring higher education.) Part of this is self-selection, I’m sure. The student body consists almost entirely of children middle and upper-class families and, when I was there, was very disproportionately (almost entirely) white, though it has since become much more racially integrated.

As both my parents work in Christian ministries–my mom is a Christian school teacher and my dad has spent most of his adult life working with music, arts, and technology in churches–we were on the lower end, economically, of the range of families associated with the school. These were not families whose children grew up without books. And the school was (and presumably still is), too, rigorous in its way. All students took the PSAT, and before we took it officially we had a practice test administered. In English and Bible classes, we were taught how to craft arguments and how to identify logical fallacies–in order, of course, to defend the faith. You were not supposed to turn these critical thinking tools back on Biblical literalism, but some of us couldn’t help it. The English teachers gave me an excellent start in learning how to write well. I would not be a published writer and scholar now if not for them, I’m sure.

So, this rigor produces its effect. The school graduates national merit scholars. Alumni go on to become aerospace engineers, entrepreneurs and business leaders, theologians, or, in my case, an apostate historian leading a pretty weird life. Kent Brantly, who made the cover of Time for his role in fighting the 2014 Ebola epidemic as a missionary doctor, graduated with me in 1999. Although I have not talked to him in years, I remember him as a very kind, unassuming person. I have often quipped that my Christian school education consisted largely of two prongs, critical thinking and Biblical literalism. For me, that created unbearable cognitive dissonance. Others are apparently capable of living with it. But while academic achievement that did not challenge conservative Evangelical ideology was encouraged–“for the glory of God,” of course–this coexisted with overt anti-intellectualism and a sense that secular experts were “blinded” and/or part of a conspiracy when their expertise challenged untouchable, sacrosanct beliefs. 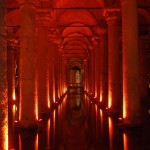 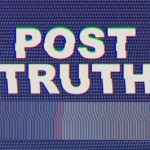