God, Lynching and the Role of Faith 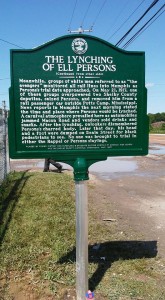 On May 21, 2017, the Lynching Sites Project of Memphis, in commemoration of the 100 year anniversary of the Lynching of Ell Persons conducted a dedication of a marker along with an Interfaith Prayer Ceremony. Leading up to the commemoration, R3 published several posts that spoke about the horrific lynching of Ell Persons in particular but also posts about lynching and racialized violence more broadly. We link these posts below.

1. The Lynching of Ell Persons

On March 23, 2017, I gave a speech at Central High School in Memphis, Tennessee. In the speech below, I talked about the lynching of Ell Persons in Memphis, Tennessee on May 22, 1917.  The speech was in conjunction with the Lynching Sites Project of Memphis; “a growing network of organizations and congregations of faith in order to acknowledge our shared history of racial violence and our ongoing resolve for racial justice and racial healing.”

2. Good Friday and the Lynching of Ell Persons

Watch as Broderick Greer connect the lynching of Mr. Ell Persons, 99 years ago in Memphis, Tennessee to the crucifixion of Jesus Christ and the present-day brutality of marginalized people.

3. “Is this Hell”: The Mass Murder of Blacks During (Post) Reconstruction

Below is a presentation I gave on February 16, 2017 at the Violence and Memory: Memorializing Historical Traumas from the Holocaust to the Jim Crow South symposium at the University of Memphis. In the presentation, I offered a rhetorical history and trajectory of Bishop Henry McNeal Turner’s rhetoric in chronicling, describing and detailing racialized violence against African Americans. Starting in the early days of Reconstruction and lasting throughout his life, through his many editorials, letters, speeches, interviews and essays, Turner shared stories and eyewitness accounts of the brutality that many African Americans faced during the nineteenth century. His writings serve as a reminder of just how brutal the (post) reconstruction era was and in many ways, how we are still living that brutal legacy today.

Below is part of a speech I gave for the Center for African & African American Studies at LeMoyne-Owen College for the twenty-third Annual Middle Passage Commemoration on September 7, 2016. They held the event at Metropolitan Baptist Church and the title of the event was “From the Middle Passage to the Memphis Massacre of 1866.” I thank Dr. Femi I. Ajanaku and the wonderful students at LeMoyne-Owen College for the invitation. The full title of my talk that day was “The State Sponsored Violence Against Black Bodies: The Middle Passage, The Memphis Massacre and Beyond.”

On Tuesday, April 12 the American Inns of Court in Memphis, Tennessee invited me and other members of the Lynching Sites Project to come and share the story of the lynching of Ell Persons. Attorney Carla Peacher-Ryan and Dr. Tom Carlson promoted the work we do in the recovering of lynching sites in Shelby County, while Dr. Margaret Vandiver discussed the broader implications of the Persons lynching. I had the task of giving a speech detailing Persons lynching and the aftermath. *Special thanks to Judge Jennie Davidson Latta for arranging our visit. My speech is below. 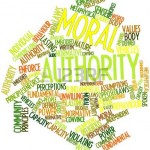 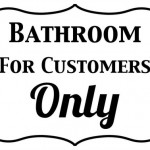 The Peripatetic Preacher Lent 1 Mark 10:17-31 March...
In this brief section of Mark’s Gospel we find four separate pieces...
view all Progressive Christian blogs
What Are Your Thoughts?leave a comment