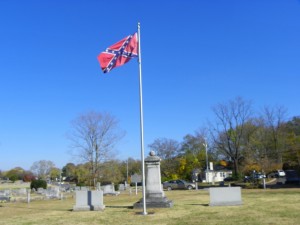 First published at Citizen Critics. We thank the editors for allowing us to cross post this piece.

For over a century a 16.5-foot-tall statue of Robert E. Lee towered over the city of New Orleans, standing as a symbol of the Confederate insurrection and various campaigns of racial terror throughout American history (slavery, Reconstruction, segregation, redlining, Jim Crow, and mass incarceration to name a few). This month the statue of Lee, and other Confederate markers, were removed. The debate over their removal represents a bitter fight over the meaning and import of the Confederate statues in the city.

Debates over the place of the Confederacy in American history often emphasize the perspectives and needs of the white majority that was spared slavery’s violence. These retellings take the rhetorical genre of nostalgia. Genres are predictable and reoccurring forms of speech that speakers can use in a variety of different contexts.

Defenders of Confederate monuments appeal to a particular kind of nostalgic rhetoric—one that longs for a past that never existed and that they never experienced.

New Orleans Mayor Mitch Landrieu spoke at lenAll Postsgth about the urgency of removing the monuments, articulating the events sanitized by statues that transform the Confederacy into heroic status:

New Orleans was America’s largest slave market: a port where hundreds of thousands of souls were bought, sold and shipped up the Mississippi River to lives of forced labor of misery of rape, of torture. America was the place where nearly 4000 of our fellow citizens were lynched, 540 alone in Louisiana; where the courts enshrined ‘separate but equal’; where Freedom riders coming to New Orleans were beaten to a bloody pulp.

Bryan Stevenson, the Executive Director of the Equal Justice Initiative, which is planning a monument to the victims of lynching, described racial terror in the south in this way:

We lived through an era in America of racial terrorism, where thousands of African-Americans were burned alive and hung and murdered and beaten and mutilated, sometimes in the public square in front of thousands of people, who had the comfort of committing this terror with no risk of prosecution, no threat of arrest or adverse consequences.

Stevenson draws parallels to other nations who have engaged in similar state-sponsored terror, noting that places like Germany and Rwanda commemorates victims of historical wrongs, rather than their perpetrators.

In the last few years there has been a resurgence over questions around the meaning, status, and appropriateness of Confederate symbols, especially regarding flags and monuments. These debates have become flashpoints for racial tension in America. More than that, they also reveal a disconnect between our public rhetoric around slavery, the Civil War, and racism from the horrors of race-based violence.

Nostalgia is a Disease

We often think of nostalgia as a benign longing for the past, but rhetorics of nostalgia are often malicious. Svetlana Boym explains nostalgia, “comes from two Greek roots, nostos meaning ‘return home’ and algia ‘longing.’” Boym reveals that in the late 1600’s medical literature began to see nostalgia as a disease. Johannes Hofer believed “nostalgia was a demonstration of the patriotism of his compatriots who loved the charm of their native land to the point of sickness.” Nostalgia then emerges as deeply connected to one’s beliefs about their country.

Perception of loss is particularly important for understanding the emergence of nostalgic rhetorics. Boym argues it is, “…a longing for a home that no longer exists or has never existed. Nostalgia is a sentiment of loss and displacement, but it is also a romance with one’s own fantasy.” The Confederacy remembered in statues of generals, politicians, and landmarks of the Confederacy are the product of a white racist imagination that chooses to valorize the CSA without the burden of remembering America’s long history of racial terror.

In response to the removal of monuments in New Orleans, Alabama Governor Kay Iven recently signed legislation prohibiting the “relocation, removal, alteration, renaming or other disturbance of any architecturally significant building, memorial building, memorial street or monument located on public property which has been in place for 40 or more years.”

This bill conjures a nostalgic version of the South where black voices were kept silent (by white terrorism). The bill’s sponsor, Republican State Sen. Gerald Allen of Tuscaloosa, argues, “Where does it end? Are all parts of American history subject to purging, until every Ivy League professor is satisfied and the American story has been re-written as nothing but a complete fraud and a betrayal of our founding values of life, liberty and the pursuit of happiness?”

Allen’s version of America did not, and does not exist. Notice a few rhetorical maneuvers Allen makes here:

First, he locates the desire to remove the monuments with Ivy League Professors. This shifts the desire to remove the statues from local communities (in particular communities of color in the south) to the hands of an intruding Northern aggressor. This erases the experiences of People of Color in the South, silencing them by legislation and reshaping the (white) south’s misdeeds as the fault of the North. Allen’s nostalgia for a time and place dominated by whiteness expels the experiences and needs of Black people from debates over the Confederacy.

Second, Allen’s assertion that removing the statues will make American history become “re-written as nothing but a complete fraud and a betrayal of our founding values” dismisses opposition to artifacts of the Confederacy as nothing more than “a wave of political correctness.” This suggests a retelling of American history where celebrating the Confederacy is proper and criticism is an attempt to alter the past. To return to Boym, Allen is constructing a “fantasy” for “…a home that…never existed.” Allen’s South, free of the complications of racial terror lets Confederate markers stand without controversy or complexity.

Allen and others like him long for a version of the past that never existed. There was no glorious past, there was however, a nation built on the back of state-sponsored violence. It should not be a surprise, however, that we are struggling with these issues at the present moment. The roots of the word disease imply it is a lack of ease—(dis)ease. Increasingly, it is more difficult for fantasies about the glorious Confederacy to hold together in the face of strong and powerful advocacy for the lingering horrors of slavery.

Greg Dickinson argues, “In a post-traditional period, a time of deepening memory crisis,

secured place becomes harder and harder to maintain, giving rise to nostalgia to cover the discomforts of the present.” Recent events, the election of an African-American president, the emergence of #BlackLivesMatter, and explicit white-national rhetorics during the 2016 elections are all symptoms that other voices are challenging the centrality of whiteness in America. I am not suggesting we have emerged in some kind of post-racial period, that would be a different fantasy. Instead, white identity is increasingly forced to face different identities and experiences; in response, some have responded with dangerous rhetorics steeped in Civil War nostalgia.

Monuments to the Confederacy are tributes to racial violence, defending them refuses the banality of their evil and emboldens the terror they represent.

George F. (Guy) McHendry, Jr. is an Assistant Professor in the Communication Studies department. He studies rhetoric and cultural studies within the discipline of communication. His research currently focuses on public performances of security in airports and the relationship between the public and the Transportation Security Administration. Guy is especially interested in how security and resistance is performed in airports and how those performances can dominate our ways of experiencing airports. When not in the classroom or working on an essay Guy can be found playing with his dogs, playing hockey, or trying out something new in the kitchen. For more information about Guy and his vitae, please visit his website at georgefmchendry.com.

June 5, 2017
Call for Papers: American Society for the History of Rhetoric
Next Post 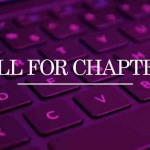 New Wine in Old Wine Skins (Part 1...
A pandemic provides a unique moment for us to critique our present...
view all Progressive Christian blogs
What Are Your Thoughts?leave a comment