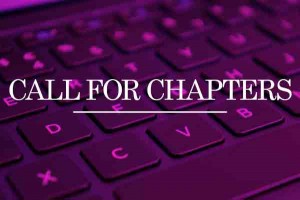 Race, Religion, and Black Lives Matter: Essays on a Moment and a Movement

The Black Lives Matter (BLM) movement began in 2013 the moment a Florida jury acquitted George Zimmerman of Trayvon Martin’s murder. Yet, the movement symbolizes far more than the moment of Martin’s death. It inaugurated a new moment of opposition and insurgency against white supremacy’s expansive obscenities, most notably against the backdrop of the Obama era, the tenure of Attorney General Eric Holder at the DOJ, and the vast expansion of the surveillance state, a long-standing tool of anti-black repression. BLM demands recognition of the dignity of black life while it mobilizes political actions of protest and policy change, including the reorganization of resources for a more just and equitable world. It requires the apprehension of police brutality, and insists on justice for state actors who perpetuate, fund, and support anti-black violence.

BLM’s genesis as a hashtag by Alicia Garza, Patrisse Cullors, and Opal Tometi marks the historical moment of its creation in the digital era. At the same time, BLM has deep roots in the Black Freedom Struggle and can especially be seen as an extension of the Black Power movement of the 1960s and 1970s BLM, like its predecessor movements, embodies flesh and blood through local organizing, national and global protests, hunger strikes, and numerous acts of civil disobedience. Chants like “All night! All day! We’re gonna fight for Freddie Gray!” and “No justice, no fear! Sandra Bland is marching here!” give voice simultaneously to the rage, truth, and hope that sustains BLM.

Commentators, journalists, and scholars such as Jelani Cobb, Angela Davis, Eddie Glaude, Marc Lamont Hill, Christopher Lebron, Wesley Lowery, Barbara Ransby, and Keeanga-Yamahtta Taylor have offered incisive political coverage of BLM’s past and present. Theologians and religious studies scholars, in venues such as the Journal of Africana Religions, online forums at Immanent Frame and the Berkley Center for Religion, Peace, and World Affairs, and in books like Kelly Brown Douglas’s Stand Your Ground: Black Bodies and the Justice of God and Leah Gunning Francis’s Ferguson & Faith: Sparking Leadership & Awakening Community have started to probe where and how religion figures into BLM from the standpoint of Christianity, humanism, atheism, and politics, among other topics.

In concert with, and building upon existing scholarship, Race, Religion, and Black Lives Matter seeks to expand and extend social, cultural, and historical analysis of the movement and its meaning in local, national, and international contexts. This volume of peer-reviewed scholarly essays adopts a capacious rendering of “religion,” which includes everything from subjects that address religious ideas, religions in practice, music and/or visual art, to topics of irreligion, humanism, atheism, and beyond, in its multidisciplinary assessments of BLM. Potential papers could focus on religion and BLM’s intersection with: gender and sexuality; space and place; cultural production; social media; police surveillance; theology and more. We also invite papers exploring the historical foundations of BLM. Please email a 300-500 word proposal and a short CV (up to 2 pages) by August 1, 2017 to both Dr. Chris Cameron (ccamer17@uncc.edu) and Dr. Phil Sinitiere (philliplukesinitiere@gmail.com) with Race, Religion, and BLM in the subject line. The editors will select and notify contributors on or around September 1, 2017, with the expectation of full essays by January 15, 2018. 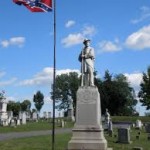 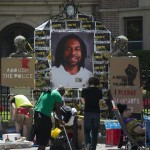