Race, Whiteness, and the Gospel 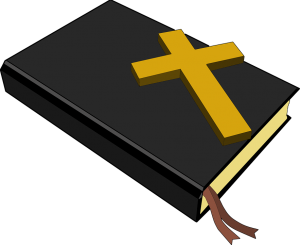 On Friday, November 3, 2017, Tom Fuerst engaged his Facebook followers in a threaded discussion on race and the Gospel. He started the thread by writing, “White pastors, if you’re not talking about racism, you’re not preaching Jesus.” From there, several people offered comments. Below is a sampling of Tom comments in the thread. To read the other comments and to see the entire thread, please click here.

White pastors, if you’re not talking about racism, you’re not preaching Jesus. That future envisioned in Revelation with “every tribe, tongue, nation, and people” around the throne of Jesus doesn’t come about because God magically makes us all “just get along.” No, we participate in and invite that future into the present by telling the truth, hearing the truth, taking risks, and being willing to take responsibility for our (and our ministerial forerunner’s) silence and complicity in racial injustice manifest in economic disparity, colonialism, white flight, white supremacy, implicit and explicit legal injustices, and racial paternalism.

Revelation imagines a future where we’re all together in this thing, but that future is not achieved without prophets and pastors calling it into the present, into the lives of the people in the pews as they go to the office, the bank, the schools, and the voting booths. Our part of this begins with white pastors doing the hard work of simply telling the truth and calling our congregations to the altar of repentance…and accompanying them there with our example.

For most of Christian history, the gospel has spoken to political issues in concrete ways. I’m simply calling white people to see what the rest of the Christian world has known for a long time: It was our refusal to see the connection between theology and politics that permitted Southern slaveholding. We hide behind “the gospel is spiritual, not governmental” in order to justify the current regime. But I refuse to play that game anymore. We’re complicit in our silence. And Jesus is not honored by it. He is, after all, the one who has the tribes, tongues, nations, and people gathered around his throne. He is, after all, the one who stood up for the most vulnerable. He is, after all, the one who did the radical work of humanizing the poor, women, and the ethnic outsiders.

There’s not a “two equivalent sides” issue here. White people have been the DOMINANT perpetrators of racism in America…and around the world. Indeed, historically, the whole notion of “race” is tied to white, European colonialism. In Western culture, all other colors of skin have been judged *against* whiteness. That’s not a historical accident.

I don’t think white people are shamed for being white. I think white people are often just unwilling to repent (i.e. tell the truth and restore broken relationships) of racism. We’re unwilling to critique our ancestors without deflecting or excusing them. People asking us to acknowledge our privilege seems like ‘shaming’ to us, when it’s precisely our ‘privilege’ that often shames *them.*

Our country has become so racist lately” is, to me, a sentence that can ONLY be uttered by a white person with privilege. Dr. King wasn’t just marching in the South. He marched in the North East, too. He saw racism in the North as, if possible, *more* sinister than in the South because in the North, northern whites could *pretend* they’re not racist and ignore the problem. Racism isn’t new or even newly revived. Racism has always been here, it’s just that now people are starting to use social media to make white people aware of things we were privileged to ignore for so long.

I’ve been really, really pleased with the tone of these various threads. For those of you who have disagreed with me respectfully, pushed back in a way that was loving and challenging, and validated my pastoral gifts while critiquing me, I want you to know that I’m deeply appreciative of you. I think conversations like this are exactly the kind of thing we need to be doing. I want to embody the very thing I called white pastors to do. And you made my desire easy to live with today. You didn’t have to be gracious in your replies, but you were. So, thank you. 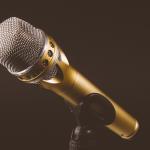 November 3, 2017
On Black Eloquence; or the Elocution of Freedom
Next Post 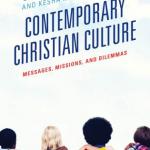 Whip Of Cords (A Poem About Divine Rage)
When Jesus sat Twisting his whip of cords Together, how hard Did...
view all Progressive Christian blogs
What Are Your Thoughts?leave a comment