Marriage Isn’t a Matter of Doctrine

In a recent article in First Things Paul Stallsworth makes observations about the current structure of United Methodism, and its inability to manage the crisis over same-sex marriage. https://www.firstthings.com/…/…/a-disunited-methodist-church. He doesn’t believe that UM structures, conceived in the early part of US history, can cope with what he sees as a growing divide between popular culture and doctrine. He may be right. Yet . . . .

In that article he makes (without remarking on it) two distinctions. One is between “the most basic doctrines” and apparently less basic doctrines. The other is between doctrine (within which he includes sexual morality) and church law/governance/discipline (terms he appears to use interchangeably.) When it comes to “sexuality related matters” he asserts that the church has followed, “historical doctrine and discipline.”

And it is here that we have some problems. First, the concept of “sexuality” is contemporary, not historical. But I’ll assume what he means is “matters related to sex.” So is a description of legitimate and prescribed sexual relationships really a matter of doctrine? Indeed, to go further, are matters of sexual morality matters of historically unchanging doctrine in the midst of cultural change?

The answer is no.

First lets acknowledge, as I think all serious Christian ethicists do, that ethical reasoning is not dependent on revelation. You do not need God to be good. If this is a problem for you I can only refer you to either Aristotle or Confucius as a starting point.

Still, it is possible that there is a distinctly Christian ethics that supplements the kind of ethical reasoning that is ubiquitous in human society. Such a revealed ethics might justifiably be said to belong to the realm of doctrine even if historically it was never articulated in the creeds.

But marriage presents, at least for Protestants, a problem in this regard. Distinctly Christian ethics are the ethics of God’s Reign as revealed by and in Jesus Christ. And marriage is not a feature of God’s Reign. As Jesus tells the Sadducees in Matthew 22:29-30, “You are wrong, because you know neither the scriptures nor the power of God. For in the resurrection they neither marry nor are given in marriage, but are like angels in heaven.”

This is why the apostle Paul, when he is concerned about the immanent fulfillment of God’s Reign, demands that first things be first. He advises against marriage unless it is necessary to otherwise maintain one’s sexual morality, and insists on maintaining a marriage as a matter of social responsibility. For Paul, like Jesus, marriage isn’t an eternal institution within which certain social norms must be enacted. (I note, for example, that his advice for men and women to eschew sexual relations is directly contrary to Jewish teaching in his day and now.) Marriage for Paul is a temporary human institution within which certain eternal principles need to be enacted.

Another way to put this is that marriage and the ethics of marriage belong to the order of creation, and is thus regulated by that order – an order which can be recognized by anyone regardless of religion.

There has always been a tension between the Christian understanding of the order of creation, which implies an order-giving creator, and the natural order, which does not. Obviously they are one and the same order. But what is the relationship between knowledge of the created/natural order found in revelation and that found through other forms of observation and reason?

Or to be more focused, what is the relation between the order of creation as revealed in the Bible and the natural order as it is discovered by science?

One approach is to make science subordinate to revelation, insisting (as some Christians still do) that if scientific accounts of the natural order contradict the created order then they must be false. Realistically this approach has been an abject failure. The great majority of Christians in the West, however high their view of scripture and however firmly committed to revelation, have acknowledged that Biblical descriptions of the natural order must be interpreted metaphorically rather than literally.

Indeed, the disconnect between a pre-modern understanding of the order of creation and a modern natural order was a driving force in re-considering how the Bible was understood as literature and the hermeneutical changes necessary to take into account its different literary forms.

You can see where I’m going with this. Regardless of which side one takes in the debate about same-sex marriage and ordination the specific question of makes a valid marriage is not doctrine. Because marriage is not of God’s Reign and it is not a revealed institution but rather an institution that humans can discover and reflect upon outside of any revealed knowledge whatsoever.

Does this mean that the Bible has nothing to say about marriage? Not at all. The ethics of God’s Reign must be implemented in human institutions that are fully grounded in the order of creation/natural order. But one thing that those ethics do not contain is any reference to relationships built on differences in sex. In God’s reign there is neither male nor female.

In scripture we are given three indications of what counts when one arrives at the gates of God’s kingdom. One in comes in Matthew 25. One comes in Romans 5:1-2. The third in Revelation 21:8. And none of these, it is noteworthy, speaks of marital form or status. Because in God’s Reign “they are like the angels in heaven.”

Please don’t imagine that the observations above foreclose on the debate about same-sex marriage. All I’m suggesting is that the debate shift away from discussing who the Bible says should be married (or not) to what can be learned about marriage from a rational public study of the natural order. And that we clearly distinguish between the ethics that arise out of that study and the ethics that derive from Christ’s revelation of what is required by the immanent presence of God’s Reign within the church.

A closing note. If my argument is correct then while marriage as a institution of the order of creation might be celebrated in and blessed by the church, it is not a Christian institution and frankly regulations pertaining to it do not belong within the UM book of Discipline as matters of doctrine. 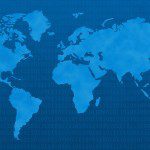