Recently I’ve been re-reading some books by my favorite American theologian Donald G. Bloesch (who died in August of this year).  Bloesch was a member and minister of the United Church of Christ and one of its few evangelicals.  He grew up in the Evangelical and Reformed Church (mostly Swiss Reformed immigrants) that merged with the American Congregational Churches to form the UCC.  He was never comfortable with the liberalism of the UCC but chose to stay within it rather than abandon it totally to the liberals.  He taught at a Presbyterian seminary–The University of Dubuque School of Theology.

When I was making my transition from Pentecostalism and Fundamentalism to “mainstream” evangelicalism during seminary in the mid-20s I found Bloesch to be my most faithful guide.  I realize conservative evangelicals have some problems with him.  He was never part of the fundamentalist movement and didn’t care about some of their issues such as young earth creationism, premillennialism and strict inerrancy.  However, he was a staunch defender of biblical authority (together with the Holy Spirit that inspired and illumines the Bible), God’s creatorship of everything outside himself (creatio ex nihilo) and a literal, visible return of the risen Jesus Christ to earth (he promoted a version of postmillennialism which I never accepted).

Boesch’s approach to theology was basically Pietistic with some neo-orthodox flavoring thrown in.  He called it “catholic evangelical” and “evangelical catholic” by which he meant emphasizing conversion and biblical authority while embracing the Great Tradition of Christian doctrinal orthodoxy.  His main influences that he often quoted were the Reformers, the Pietists (Spener, Francke, Zinzendorf and Christoph Blumhardt), P. T. Forsyth and Kierkegaard.  He also quoted Barth and Bunner positively but also critically.

Bloesch called his theology “progressive evangelical” by which he meant he used higher criticism of the Bible without anti-supernatural biases.  In other words, he had no trouble acknowledging that the final verses of Mark are a later addition to the gospel (and etc.).  But he believed in and strongly defended the supernatural inspiration of Scripture and its infallibility

Recently I’ve re-read (and taken copious notes on) one of his early books The Crisis of Piety (Eerdmans, 1969).  I find it still very relevant to today’s American churches.  Rarely do I read an entire book of theology without coming across something with which I strongly disagree.  But this case is different.  Bloesch’s diagnoses of the ills of American Christianity and his prescriptions are spot on.  For example, to the so-called mainline, mostly liberal Protestant churches he urges a recovery of devotion and commitment to Jesus Christ as Lord–a renewal of genuine piety without secularism or fanaticism.  To the evangelical churches he urges a recovery of a catholic vision of Christianity as rooted in the church fathers and Reformers.  To everyone he urges a renaissance of conversion as event and process that is life transforming for both individuals and communities.

As I re-read The Crisis of Piety I was reminded of how sane, balanced and clear headed Bloesch was–a model evangelical theologian with something prophetic to say to every branch of the American churches.  Here’s just a sample: “Devotion to Jesus Christ cannot long maintain itself apart from theological fidelity and integrity.  A holy life divorced from sound doctrine soon becomes moralism.  At the same time correct doctrine apart from a holy life is nothing other than intellectualism.” (p. 15)

You might wonder if Bloesch was a Calvinist.  Well, he belonged to a Reformed denomination, but he hardly fit the profile of a high Calvinist.  He affirms repeatedly that salvation includes a free human response to grace even though that response is itself grace enabled.  Here is a typical Bloeschian statement: “Man is by nature bound to the powers of sin and death, but he becomes free in the moment of decision when the Spirit empowers him to respond to the offer of the gospel.” (p. 84)

I don’t know how many of Bloesch’s books are still in print.  But I highly recommend him to all students of theology.  If there is any one theologian who has shaped and formed me theologically more than any other one it is Bloesch.  And that is because of his sanity and balance as a broadly evangelical thinker. 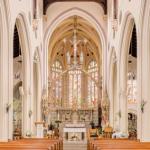