What follows is a guest post by Austin Fischer, Teaching Pastor at Vista Community Church, Belton, Texas. Austin is a seminary graduate with strong interest in theology. As always with guest posts, I have to say that “The opinions expressed do not necessarily reflect the opinions of Roger Olson.” However, I wouldn’t put this here if I didn’t agree with its basic message. These are Austin’s words, so I am going to let him respond to comments about this message.

“Theology is the study of God and his ways. For all we know, dung beetles may study us and our ways and call it humanology. If so, we would probably be more touched and amused than irritated. One hopes that God feels likewise.”[1]

“And you think your stuff doesn’t stink.” The adage may sound crass, but the problem it highlights is crass: pretention. There are few things more repulsive than pretention. The teenager who knows it all, the sports fan who has never lost an argument, the theology major who has unlocked all the mysteries of the universe. An hour locked in a room with any of the aforementioned persons is enough to make the strongest heart weak.

And lots of things go into pretention: pride and projection, arrogance and insecurities, knowledge and ignorance. But at its very core pretention, especially theological pretension, feeds on certainty. We become pretentious when we get certain, when we become convinced that there is simply no way we could be wrong about this, when we cannot see any truth in alternative positions, when we can no longer feel the weight of dissenting voices and as such seek to squelch them out.

But of course when it comes to theology, certainty is impossible. Finite human beings are trying to make sense of an infinite God. We always know God subjectively, never objectively. Perhaps the most certain thing we can say about God is that we cannot be certain about anything. This is not to say we cannot be confident, that we cannot have good reason to believe what we believe. But it is to say that certainty will always lie just beyond our grasp. Certainty? No. Confidence? Yes.

In my estimation, the tone of modern American evangelical theological rhetoric belies a furious, but ultimately impossible and misguided attempt, for certainty. Allow me to speak from my context and experience. The Young, Restless, and Reformed movement and its vast web of associated organizations (The Gospel Coalition, Sovereign Grace Ministries, Acts 29 Network, Passion Conferences, etc.) have experienced amazing growth and gained incredible influence. And yet for many who have ears to hear, it often strikes the shrill chord of pretention.

I used to be young, restless, and Reformed. I understand why people embrace five or four point Calvinism. I see how they look at Scripture and think it teaches unconditional election and irresistible grace. And I see how they find any sort of free will theism problematic. Where do free decisions come from if not from God? How else do you translate Romans 9? I get it. I get how they could think it stinks.

What I don’t get is how they don’t smell, well, their own stink. How is God good, just, or loving in creating people for eternal damnation for sins he ordained they commit? Is Calvinism truly Christocentric? Are the emphases of the Gospels the emphases of Calvinism? How do we make sense of the numerous places in the Bible that implore us to make decisions on the apparent assumption that we actually can? How is human moral responsibility coherent in a determinist framework? I’m not saying there are no answers to these questions. I am saying that to me (and many others) they all stink.

I’m okay with acknowledging that some of my answers to difficult questions stink (or will stink to others). And I’m okay with it because while I hold my beliefs with a great deal of confidence, I know I cannot hold them with absolute certainty. Many in the YRR (and especially its leaders) just don’t seem to be able to smell the scent they’re putting off. They are just…so…certain. And they seem to think this certainty is a sign of knowledge and authority. Perhaps it’s just a sign of bad theology.

What is perhaps most ironic is that Calvinist theology has traditionally placed a heavy emphasis on the transcendence of God. God is said to be so beyond human comprehension that we have no right to call into question his goodness, justice, or love, even in light of his reprobation of some. God operates on a plane for which there is little or no analogy. But if God is indeed so transcendent, how can they be so certain of the truth of their beliefs? Is TULIP an exception to God’s transcendence? Free will theism is often accused of belittling God’s transcendence, of forgetting how holy and other God is. And yet Neo-Calvinism appears to do far worse: it attempts to transcend God’s transcendence. This lies at the heart of theological pretention and the culture of certainty for where transcendence is honored, certainty and thus pretention are deflated and humility blossoms.

Though I disagree with Calvinism, Calvinism isn’t the real problem. The problem is theological pretention, which has become a dangerous bedfellow of Neo-Calvinism. Theological pretension needs to be challenged but not merely because it is bad manners. It is bad theology. It is theology that attempts to transcend transcendence. And bad theology produces bad disciples.

This is further fleshed out by Piper’s remarks regarding his infamous “farewell Rob Bell” tweet wherein he explains what he meant:

When I watched the video of Rob Bell that was put up on Justin Taylor’s website, which was, I think, a link to his book on hell, my issue there was not primarily his view of hell. It was his cynicism concerning the Cross of Jesus Christ as a place where the Father atoned for the sins of his children and dealt with his own wrath by punishing me in his son. Rob Bell does not admire that. He doesn’t view the Cross that way, as a penal substitution. I consider that the essence of the Cross and my salvation, and the heart of God for me, and that ticked me off royally…And so, there’s a point for “Thus far, no further, farewell.” There are other points where we ought to be cultivating all those courtesies.

Does he realize how many Christians he is saying “farewell” to? Is he aware of just how many orthodox, evangelical Christians don’t consider penal substitution the “very heart of God”? But that’s the thing. He probably does know, he just doesn’t care, and he doesn’t care because he’s so certain he’s right. As noted above, theological reconciliation will never be organic in a culture of certainty. The same could be said for humility, which lies at the root of theological reconciliation. What will be organic in a culture of certainty is pretention, and its seeds are currently blooming for the whole world to see.

And while I am hesitant to pull the Jesus card here, I just can’t help myself. Piper claims throwing love bombs and sending “farewell” tweets is justified because Jesus was “really hard on certain theological differences.” And I suspect at this point Mark Driscoll would chime in and note that when Jesus comes back (taking a breather from his eternal MMA cage match with the Holy Spirit) he will have a sword, a tattoo, and is coming for blood. But to state the obvious, none of us are the resurrected Messiah come back to judge the world; therefore we don’t use swords or throw bombs.

Additionally, I can’t help but notice that Jesus’ anger was almost exclusively stoked by people who were pushing for theologies of exclusion, theologies rooted in pretention (Jesus’ diatribe against the Pharisees in Matthew 23 and the cleansing of the Temple stand out). So if we insist on throwing love bombs, how about we at least throw the bombs Jesus threw?

Of course everything I have noted about neo-Calvinism could be turned the opposite way. Neo-Calvinism certainly hasn’t cornered the market on pretention. But the simple fact is that in American evangelicalism, neo-Calvinism now has the microphone and the world is listening. What does it hear? I think it hears some good things, but I’m afraid it also hears pretention.

If I may make a bit of a pretentious suggestion myself, I would encourage the Young, Restless, and Reformed movement (and especially its leaders) to take transcendence more seriously. Don’t treat TULIP like the one exception to God’s transcendence. Don’t just tolerate dissident voices but understand that you need them (just like they need you!) because you can’t be certain you’re right. Invite “them” to speak at your conferences, request their presence on your boards, and perhaps cease creating private clubs where they’re not allowed.[2]

If you do it, I have no doubt you’ll lose followers and probably lose influence. But you’ll also gain something invaluable, both for yourself and for your followers and for the whole world: humility. You can beat the humility drum all day long but it will never stick in a culture of certainty. So what will it be…power or humility, influence or reconciliation? Jesus could be trusted with both. I’m pretty sure most of us can’t.

[2] The Gospel Coalition serves a striking case in point. The organization claims to represent the deep and broad evangelical consensus regarding the truth of the gospel (see their Preamble). One can’t help but catch a whiff of pretention here and this whiff is no doubt reinforced by the fact that there is not a single free-will theist of any sort on the Gospel Coalition council or staff. Apparently the deep and broad evangelical consensus of the gospel does not need the voice of free-will theism. 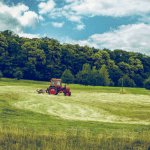 April 25, 2012 Emerging Churches and the Jesus People Movement Compared
Recent Comments
81 Comments | Leave a Comment
"But... when we have to decide with whom we can worship (who call themselves "Christians") ..."
Roger Olson People Disagree. So What?
"It could imply that--to someone who doesn't understand the true meaning of the mystery of ..."
Roger Olson Who Died on the Cross?
"It seems to me that part of the problem for protestant Christian theology in particular ..."
Iain Lovejoy People Disagree. So What?
"Dr Olson, I'm slightly perturbed by your line 'not all of God [died], of course.' ..."
Bernard Dainton Who Died on the Cross?
Browse Our Archives
get the latest from
Roger E. Olson
Sign up for our newsletter
POPULAR AT PATHEOS Evangelical
1