Problems with Calvinist Polemics against Arminianism

Problems with Calvinist Polemics against Arminianism

Of all the “five points of Calvinism” the one that bothers me most is Limited Atonement (or what many Calvinists prefer to call “Particular Atonement”). While I find unconditional election and irresistible grace troublesome and problematic, they rise nowhere near limited atonement in terms of departing from Scripture, tradition, reason and experience. I’ve explained why in Against Calvinism and other writings (e.g., my article about limited atonement in the Assemblies of God ministers’ journal Enrichment: http://enrichmentjournal.ag.org/201203/201203_044_limited_atonement.cfm).

While writing another talk about Calvinism for a church, problems with much Calvinist polemics against belief in universal atonement occurred to me. Before stating it and pointing out problems with the polemics, however, I need to back up and explain (for those who don’t already know) what these terms mean.

“Limited atonement” or “particular atonement” is the belief held by many Calvinists, nearly all of those who currently belong in the “young, restless, Reformed movement” and their mentors, that Christ died only for the elect in the sense of suffering their deserved punishment. Advocates of limited atonement insist they are not actually “limiting” the atonement. They say that’s what Arminians and other non-Calvinists do by making the atonement less than “securing” our salvation. They believe, they say, that the death of Christ was of infinite value, more than sufficient to save everyone. But it was intended by God only for the elect. Presumably, they also mean that God applies the benefits of Christ’s substitutionary suffering only to the elect.

I have never quite understood this qualification offered by Calvinist advocates of limited or particular atonement. My question to them is: Was Christ’s suffering sufficient to substitute for the deserved suffering of all people? If so, which seems implied by the claim that it was of infinite value, not limited in any way as to value, then how does that differ from universal atonement in Arminianism (as opposed to universalism)?  Both Calvinists and evangelical Arminians believe the benefits of Christ’s death were and are intended by God only for the elect. We disagree about who the “elect” are or why they are elect, what makes them elect, but we agree that Christ’s death was intended by God to save (in the full and final sense) only certain people and not everyone. Arminians believe the “elect” are all those who believe the gospel and receive Christ by faith. Calvinists believe that, too, but they believe those are chosen by God individually and specifically.

Just in case someone got lost in that last paragraph, let me recapitulate my question: If Christ’s death was of infinite value, such that it was sufficient to save everyone but intended by God only for the elect, how does that really differ from what classical Arminians believe about the scope of the atonement?

Where is this leading? Simply put—Many, perhaps most, Calvinists argue that Arminian belief in the atonement falls into incoherence, inconsistency. Here’s how: allegedly, by believing that Christ suffered the punishment deserved by all people, even those who will be lost eternally, Calvinists argue, Arminians imply that God will punish some sins twice which would be unjust. This is the argument set forth in great detail in Puritan theologian John Owens’ The Death of Death in the Death of Christ—a Calvinist classic. The argument is repeated in many contemporary Calvinist polemics against Arminianism. But how does typical Calvinist belief in the atonement escape the same problem (assuming it is a problem)? How does saying that Christ’s death was “sufficient” to save all and of “infinite value” not turn back on Calvinists themselves, making their own view of the atonement as inconsistent as Arminianism allegedly is?

It seems to me the only way for Calvinist believers in limited, particular atonement to escape the same problem is to admit that, in their view, Christ’s death was not of infinite value, sufficient to save all people. But most Calvinists I read do not want to say that.

It seems to me quite unfair and illogical for Calvinists to accuse Arminians of inconsistency or of making God unjust when the structure of their belief about the matter in question (the atonement) would be equally inconsistent and equally make God unjust insofar as the Arminian view is and does. (Notice the “insofar,” which indicates I’m not agreeing that the Arminian view is or does.)

(Now, one way in which some Arminians have responded to Owens’ and Calvinists’ argument about their view of the atonement [“universal atonement”] is to embrace the “governmental theory” which supposedly solves the problem by saying that Christ did not suffer sinners’ deserved punishment but an equivalent one. I’m setting that aside for purposes of this post because the Calvinist polemic is not aimed there. The Calvinist polemic against the governmental theory is different—that it makes the atonement merely “educative” and is therefore not to be taken seriously except as further evidence of Arminian deviation from orthodoxy. My point here is simply to raise questions about the classical Calvinist polemic against “universal atonement.)

Now, I have one further point to make about the Calvinist polemic against Arminianism and the atonement. Owens and those who follow his line of thought argue that God would be unjust to punish the same sins twice and therefore Arminianism impugns the character of God. (I happen to disagree that God would be unjust to punish the same sins twice if the sinner refuses to accept Christ’s substitutionary punishment. But that’s a different subject.) Here’s my point: Why can’t the Arminian simply say, as Calvinists frequently say, that God’s justice is different than human justice? And why don’t Calvinists who use this argument against Arminianism and all belief in universal atonement see how inconsistent they are being? If God’s “love” and “justice” are so different from our most basic and highest intuitions about them that when applied to God they mean only what they mean in that context and have no real connection with other meanings of love and justice, then why can’t Arminians and others believe that God is “just” in punishing the same sins twice even if that means God is unjust in every other meaning of the word “just?”

That was a long paragraph and sentence, but working through it diligently is crucial to understanding my question to Calvinists. (Of course, I know that not all Calvinists believe in limited atonement or use Owens’ argument; I’m talking here about those who do which are many especially in the “young, restless, Reformed” movement and their theological mentors.)

It seems to me that it is grossly inconsistent for Calvinists to accuse Arminians of impugning the character of God by implicitly making God unjust when 1) their own view of God’s double predestination much more makes God unjust, and 2) they have no right to accuse anyone of making God “unjust” if God’s “justice” (like his “love”) is so radically different from other justice that it means only what it means in their theology (or they would say “in the Bible”). 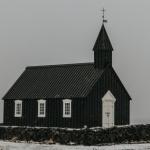