I was recently graciously granted on of the highest honors a university can bestow on a professor–an endowed, named “chair” (professorship). In my case it is the Foy Valentine Chair of Christian Ethics–named after a champion of equality and crusader for civil rights. I’m honored by this, and thankful to my dean and provost for their trust and esteem.

Where but at the top?

I perceive people recoiling in horror at the question! “How can he even ask such a thing?”

The problem is, however, that many Christians (as I’ve argued here many times) apparently do NOT think of God as ethical. No doubt they THINK that they do, but I must respectfully disagree.

To be ethical is to act (in thought, word and deed) according to, consistently with, an ethical standard, ultimately a summum bonum–an ultimate good.

Frequently I hear Christians claim that “Whatever God does is good just because he does it.” That is, in effect, to deny that God is ethical. What they mean, I take it, is that God is above ethics, that there is no ethical standard, norm, by which God thinks, speaks or acts.

The only ethic we can derive from that is “divine command ethics.” But the question naturally arises “Why does God command things?” From this perspective (viz., that God is above ethics), the only answer can be that he does because he chooses to. But, ultimately, then, divine commands are arbitrary. God is arbitrary.

I believe every divine command reflects God’s character, ultimately his love, which is the summum bonum rooted in God’s own being.

God does not command arbitrarily; God is ethical. God is love (benevolence toward being).

Jonathan Edwards defined ethical goodness that way–as benevolence toward being–in his little book on virtue. (Unfortunately, I think some of his other writings go in a different direction–God above ethics.)

An ancient Christian tradition rooted in the church fathers says that goodness and being are inseparable such that to depart from goodness is to diminish being. God, being the fullness of being itself, unmixed with nonbeing, is perfectly good and cannot be otherwise. That is why God cannot lie. Not because he chooses arbitrarily not to but because it is not in his nature to do so. To lie would be to go against truth, to go against the  good, to diminish his being, which even God cannot do.

The alternative, popular these days especially among the “young, restless, Reformed” crowd, is to say that God is above ethics, above goodness as we can think of it, able to do absolutely anything, ungoverned by anything.

The problem with that view is that, ultimately, it makes God arbitrary and reduces “right” to might. And it makes ethics a matter of blind obedience to divine commands without any confidence that they are reasonable, rooted in being itself, immutably connected with ultimate reality. They may be, for all we can know or expect, divine whims.

The practical “take away” from all this is simply this: For every divine command there is a reason. We may not know what it is yet, but we can have confidence that God never commands something arbitrarily–for example, just to demonstrate who is in charge.

Ultimately, God has our best interest at heart because that is his nature. Every divine command was and is an expression of divine love–not just for God himself but for his creatures–because God IS love.

When we preach and teach that God commands something, we need to make clear that God commands it because it is best for us and NOT because God is a spoil-sport who delights in making us obey or robbing us of pleasure. 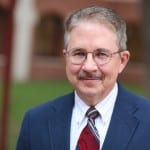 March 22, 2013 What's Wrong with Calvinism?
Recent Comments
43 Comments | Leave a Comment
"I have never been able to see any real or necessary divorce between orthodox sense ..."
Roger Olson Answer to a Question: Philosophy and ..."
"I would say the four must work together. But what about allegorical? Most of the ..."
Roger Olson Let’s Talk Theology: Questions Invited
"Philosophy as an influencer on theology surely must have differed between Eastern Christianity and Western ..."
Christiane Smith Answer to a Question: Philosophy and ..."
"Do you think the modern church should try recover some aspects of the fourfold interpretation ..."
CJ Let’s Talk Theology: Questions Invited
Browse Our Archives
get the latest updates from
Roger E. Olson
and the Patheos
Evangelical
Channel
POPULAR AT PATHEOS Evangelical
1