Apparently some people who would never otherwise visit my blog came here only to argue with me, accuse me (without knowing anything about me), and even insult me based on unfounded assumptions. Due to the avalanche of responses I must ask you not to post comments that simply repeat what has already been said. Personally, I agree most with the very well-reasoned, reflective and articulate response of “Otto Telleck.”

Here are some general responses from me to some of the arguments offered among the 65 responses to the post:

1) Don’t jump to conclusions. I have here advocated for legal, government-recognized civil unions with “marriage” being given back by the state to churches, synagogues and other religious and non-profit organizations to define for themselves. People who wish to call their civil unions (which would, in my plan, extend to any two consenting adults the same legal rights marriage currently entails) “marriage” certainly could. Nobody could stop them. However, churches (for example) and individuals would decide for themselves what they recognize as true marriage without any ability to hinder the full rights of civil unions. Gay people (for example) who want more than that could easily find churches, synagogues, etc., to marry them, but that would add nothing to their civil union in the eyes of the government. At the same time, churches, synagogues, etc. would have full rights to marry people without civil unions if they wish. Whether they did or not (in my plan) would be up to them. This is basically an extension of separation of church and state. Government entities used to attempt to decide who is ordained (for purposes of performing weddings and signing marriage licenses). They finally gave that up, recognizing that government can’t decide that; it’s a religious decision and government interference in it is a violation of the free exercise clause of the constitution.

2) I can’t for the life of me figure out why some people think I should post their insulting or off-topic comments to my blog. Nobody has a “right” to have their comment posted here. This is my space and I alone decide which comments get posted. I do that as even-handedly as possible but if a comment doesn’t meet the qualifications I stated I feel no obligation to post it here.

3) Many of the allegedly purely rational reasons given here for maintaining legal hindrances to plural marriage and incest (as I defined and qualified them) did not live up to my standards of “purely rational reasons.” They appealed to such things as “yuk factors” and social convention and legal complications. Only the last path of reasoning has some credibility for distinguishing between rational reasons for legalizing gay marriage and legalizing polygamy and incest (as I described and qualified them). However, what people who offered that line of reasoning failed to notice is that many laws have evolved to accommodate personal freedoms and liberties and that will continue. The same reasoning was used by opponents of relaxed divorce laws–that the resulting avalanche of divorces would over burden family course, require massive changes in existing laws, create problems for families, etc., etc. None of those arguments stopped states from adjusting their marriage and divorce laws to permit relatively easy and relatively cheap, quick divorces. The result has been a huge problem for children and for government entities saddles with attempts to get parents to support their children after divorce. But “personal freedom” trumped all those challenges. Advocates of legal plural marriage could make the same argument based on that precedent–that personal freedom trumps the challenges granting them would offer to lawmakers and enforcers. Anyway, that’s the way I see it–insofar as tradition and religion are tossed out as considerations for social policy and law.

4) I am personally opposed to plural marriage and incest–for non-natural, non-secular reasons. However, in fact, I don’t believe any reasoning supporting social policy and law is ever totally tradition-free or neutral. I agree with moderate postmodern philosophers who argue that all reasoning is tradition-based. Currently, we are in a conflict in America between two (and more) traditions–the broad Judeo-Christian tradition shared by most churches and synagogues and the purely secular, naturalistic tradition supported by many people who have cut themselves totally free from the Judeo-Christian tradition and opted for maximal personal liberty as the highest value. In between those two traditions is one that might be called “communitarian,” but I think it is unstable and will eventually have to appeal to supra-rational beliefs (e.g., to explain why an individual should care about community if he or she is certain acting against the common good is in his or best interest).

5) I am also opposed to gay marriage; I believe marriage is meant by God to  be between a man and a woman and permanent (with some exceptions). I base this on the New Testament. I recognize there are many people who disagree with my interpretation, but I am confident of the rightness of my interpretation. However, I also believe many other things based on the New Testament and do not believe all of them should be enforced by law. On the other hand, I fear where family life is headed in Europe and America. Our emphasis on personal, individual freedom and liberty without tradition’s balancing emphasis on community and responsibility to others may lead eventually to the abolition of family altogether. (My daughter’s middle school “Family Studies” teacher defined “family” as “Any group of people who care for each other.” Indeed. How else can you define it once all tradition is thrown out? Eventually “family” becomes compatible with anything and everything and becomes meaningless (because even “care” is an essentially contested concept once all tradition is thrown out).

6) My main concern, apart from my religious beliefs, is that our society is heading quickly into uncharted territory without due consideration of the ramifications. We have elevated personal, individual liberty to the status of a deity with the foreseeable result of a war of all against all hindered only by power.

This discussion thread is now closed except to brief, reasonable, civil, respectful responses that do not make unwarranted assumptions, do not hurl accusations or epithets, etc. Don’t expect me to post your comment if it is off topic, misrepresents my stated opinions, is too long (try to keep it to a less than a hundred words) or misuses my blog to promote your own agenda. 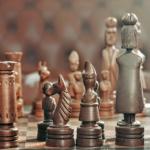 November 17, 2014
Why Not Polygamy? A Question to Advocates of Gay Marriage
Next Post

November 19, 2014 My Response to Peter Berger's book The Many Altars of Modernity
Recent Comments
0 | Leave a Comment
Browse Our Archives
Related posts from Roger E. Olson

No Half-Measures
One option for the Supreme Court was to uphold Roe v. Wade...
view all Evangelical blogs
What Are Your Thoughts?leave a comment
Copyright 2008-2021, Patheos. All rights reserved.
Close Ad