A Few Brief Thoughts about Blogging…

Occasionally, as right now, I am either too busy or too lacking in something worthwhile to say, that I fail to post here. Please don’t go away just because I don’t post something for a few days. I travel fairly often and often find it difficult to blog during a trip. Often the hotel I’m staying in has very poor “connectivity.” Anyway, please be patient. I will continue to post here but perhaps not as often as in the past.

I apologize if I sound frustrated in some of my responses to comments. However, it seems to me that sometimes commenters did not read all that I wrote and/or don’t give me the benefit of the doubt. When I posted about “Angry White Men” I knew that might go “viral” and, indeed, I began to receive very angry responses that implied I have no concern for other groups–women, African-Americans, etc. Anyone who know me or has read my blog even occasionally must know that is not the case. I get frustrated with responses, comments, that do not at least give me the benefit of the doubt and that assume I’m saying things I most definitely did not say.

Someone told me to my face that I am a “feisty” blogger. I don’t set out to be that, but I admit that some comments I read–allegedly responding to something I wrote–make me very frustrated. Some of them reveal very little understanding of what I actually wrote and seem to me designed to use my blog to promote their own agenda which is not directly related to anything I actually said.

So, I beg your patience as I occasionally “sit back” and “re-group” my thoughts and emotions and try to gain back my balance.

I am simply appalled and shocked that some commenters responding to my asking what to do about “angry white men” interpreted me as siding with angry white men and saying all their complaints are legitimate and expressing sympathy and even solidarity with them. Nothing I wrote justifies that. My one and only purpose was to suggest that maybe, perhaps, simply ignoring them, dismissing them as unworthy of any attention, might not be in everyone’s best interest. By “everyone” I mean American society as a whole–the “common good.” I do worry that if we wake up someday with a narcissistic strong man in the White House it will be partly because angry white men felt totally disenfranchised. I was only calling for a conversation about the question, not asking for sympathy with/for angry white men. Many, many commenters totally misunderstood my point OR (in some cases) just wanted to use my blog post to vent their spleens against angry white men (and in a few cases males in general!).

After that kerfuffle I need to sit back and examine my own communication skills and ask myself–again–how to avoid such gross misunderstandings of what I write (if possible). I thought I made my point very clear, but so many people misunderstood, misinterpreted it, that I worry that I am simply incapable of making my thoughts clear in such a pluralistic cultural environment where many people tend to interpret any controversial message through their own agenda-driven lenses and really cannot even understand messages that seem to them contrary to what they believe.

Please do not respond to this blog post. I need a break. Thank you. 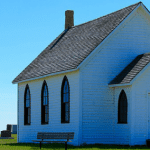 October 29, 2016 What Is Pentecostalism? What Do Pentecostals Believe?
Recent Comments
0 | Leave a Comment
Browse Our Archives
get the latest updates from
Roger E. Olson
and the Patheos
Evangelical
Channel
POPULAR AT PATHEOS Evangelical
1

Evangelical
Answer to Question: What Must a Person Know/Believe...
Roger E. Olson