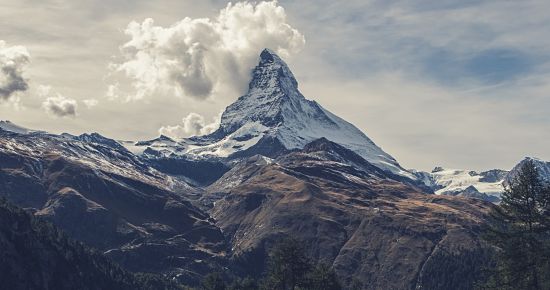 *Preamble: My April 2017 copy of Christianity Today just arrived. In it you will find (as I do) a two part article (or series of two articles) about Catholic and Protestant theologies. The article(s) is on pp. 42-46 (print copy) and is entitled “Grace First or Grace Alone: What Catholics and Protestants Now Agree On—and What Still Divides Us.” The Catholic article is by Bishop Robert Barron and the Protestant response is by yours truly (Roger E. Olson). If you have access to the article(s) please read it (them) and feel free to respond here.

This year (2017) is being celebrated by many Protestant Christians as the 500th anniversary of the birth of the Protestant Reformation. As I have said here earlier, however, that’s a rather arbitrary designation for the Reformation’s birth. As everyone knows, German monk Martin Luther nailed his 95 Theses to the Cathedral Church door in Wittenberg on October 31 that year. So who decided that would be the universally recognized birthday of the Protestant Reformation? I don’t know. I should know (I’m a historical theologian), but that bit of historical trivia has never come my way. And I don’t really care. The point is—it’s arbitrary. Any number of other days and even years could be designated and celebrated.

As any student who has taken Church History 101 knows, Luther and his followers were not really the first Protestants. John Hus (or Jan Hus) of Prague preached the same gospel and the same doctrines as Luther a century before; Luther was often called “the Saxon Hus” by his enemies. Yes, yes, I know…Hus was burned at the stake and Luther wasn’t and all that. But Hus’s followers kept his gospel and teachings alive among their “Unitas Fratrum” or “Bohemian Brethren” churches which still exist. (I’m surrounded by them where I live.)

Also, there were many other points in Luther’s life that could just as well be designated as the birthday of the Protestant Reformation: his “Tower Experience,” his excommunication, his appearance before the emperor at the Diet of Worms, etc. Someone chose his nailing the 95 Theses to the church door in Wittenberg and that has stuck. It just shows how arbitrary and accidental some seemingly important dates in history are.

I happen to agree that Hus’s and Luther’s doctrines were basically correct: sola scriptura (really “prima scriptura”), sola gratia et fides, the priesthood of every believer, even “simul justus et peccator.” I identify as an evangelical Protestant Christian without blushing or apologizing!

Besides, as much of a hero and prophet as he was, Luther was deeply flawed. So deeply flawed that I have great trouble celebrating him as the recoverer of New Testament Christianity. He advocated the slaughter of the peasants during their uprising against the feudal lords who treated them like animals. He condoned the burning of heretics even though he, himself, was considered one by the Roman Catholic Church which wanted to burn him. He became virulently anti-Semitic and wrote things against the Jews that foreshadowed Nazi propaganda against them. He refused to listen to Andreas Carlstadt who he knew to be a devout Protestant who simply wanted Luther to go further in reforming the church—away from sacramentalism and clericalism.

So, in short, I am not celebrating the “birth of the Protestant Reformation” this year. I will respectfully wait until 2025, should God give me life, and celebrate it then. In my opinion, it was the Swiss Brethren who really established the recovery of New Testament Christianity after long centuries of its decline and near loss (except here and there among a few individuals and persecuted groups such as the Waldensians of Italy).

For those who want to read a book about the radical reformers and especially the Swiss Brethren and other so-called “Anabaptists,” I recommend The Anabaptist Story by William Estep (Eerdmans).

March 26, 2017
Whatever Happened to "Friendship with Jesus?"
Next Post