Memories and Thoughts about Thomas Oden

Memories and Thoughts about Thomas Oden 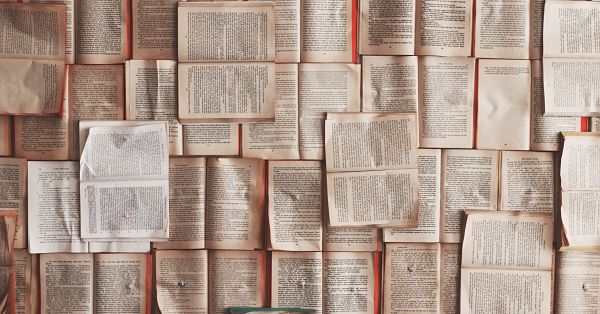 Methodist theologian Thomas Oden, who died this past December (2016) was by all accounts one of the few Protestant theologians who journeyed from theological liberalism to theological conservatism. Many have gone the other direction. Oden taught for many years at Methodist-related Drew University in New Jersey. By his own account, published in several articles and books, he became disillusioned with theological liberalism and pluralism and converted to what he once labeled as “paleo-orthodoxy.” He was then celebrated in the pages of Christianity Today and warmly embraced by evangelicals as one of us. To me he seemed to bask in the glow of that embrace. Without any doubt he became and remains one of the most influential American Protestant theologians of the last half century.

Although Oden produced numerous books, including a massive three volume systematic theology (eventually published in one volume as Classic Christianity: A Systematic Theology (2009). His systematic theology was based largely on the church fathers but with many references to the Protestant reformers and Wesley. He made no secret of or apology for considering the consensus of the church fathers (Irenaeus through Augustine) authoritative for authentic modern Christian theology. That is the meaning of “paleo-orthodoxy.”

Oden wrote and edited numerous books but two of my favorites were The Rebirth of Orthodoxy: Signs of New Life in Christianity (2003) which I reviewed for Christianity Today, and The Transforming Power of Grace (1993). I have recommended the latter book here and elsewhere numerous times—to people who ask me for the “best” one volume explication of classical Arminian Theology. I was and remain ambivalent about the former book as it seemed to me a bit of an “over the top” manifesto of paleo-orthodoxy that could be interpreted as ruling out of orthodox Christianity a host of evangelical Christians including all who “re-baptize” people who were baptized as infants. (Oden considered “re-baptism” a heresy based on the ancient Christian consensus which he considered authoritative alongside Scripture.

While Oden never denied the Reformation principle of sola scriptura he did seem to water it down by insisting that Scripture must be interpreted through the lens of the ancient ecumenical consensus—even when it came to fairly detailed matters such as baptism.

As James McClendon argued in Biography as Theology (1974), every theologian’s thoughts must be considered in light of his or her biography. Whenever I read Oden or listened to him talk I got the distinct impression that he was over reacting to his own liberal background and to what he saw as the liberal drift within the United Methodist Church (his own denomination). He seemed to think the only antidote to liberal theology, other than fundamentalism, was his own paleo-orthodoxy. (He was never attracted to fundamentalism.) Let me give one notable example.

I had never met Oden in person until I attended the very important Pilgrims on the Sawdust Trail conference at Beeson Divinity School in 2001. There many evangelicals and Catholics gathered to hear leading evangelical theologians talk about the state, the condition, the future of evangelical theology. I was not invited; I simply showed up. Nor was my friend Stanley Grenz invited and he did not attend. Nor were any of my “postconservative evangelical” theological friends and acquaintances invited (to the best of my knowledge) and very few attended. Among the plenary speakers were a real, hardcore (separatistic) fundamentalist who harshly criticized Fuller Theological Seminary (with then president Rich Mouw present as another plenary speaker), Richard John Neuhaus, Gabriel Fackre, and Thomas Oden. The range of theology presented from the podium was balanced from the right toward the left (of evangelical theology) but noticeably missing were any of us “progressive” evangelicals.

During his plenary address Oden harshly criticized open theism which was then a matter of controversy among evangelicals. Bubbling up toward the surface then was serious talk about expelling open theists from the Evangelical Theological Society. Oden labeled open theism “heresy” and identified it as “just process theology.” During the Q&A I stood at the microphone and challenged Oden’s identification of open theism as “just process theology” attempting to point out the differences. From the podium in the Beeson Divinity School chapel with hundreds listening Oden said to me “Olson, sit down. We will never agree about this.” I did sit down and was not so much embarrassed for myself as for him! Nobody else at the conference was treated so rudely. I was also embarrassed for Oden, in that situation, because anyone who knows much about both process theology and open theism knows they are very different.

I was also disappointed in Oden’s rude rebuff and seeming ignorance about both process theology and open theism because I considered him a luminary of what he himself had called “postmodern orthodoxy” and because I thought he would at least be open to reconsidering his labeling of a significant party of evangelicals heretics based on a misunderstanding.

Some years later I met Oden one-on-one, face-to-face and without an audience—at a meeting of the American Academy of Religion. I was standing in the massive publishers’ display room talking with someone (I don’t recall who that was) and Oden came up to me, introduced himself and shook my hand. He apologized for treating me rudely at the 2001 conference at Beeson, an apology I gladly accepted. This time he was very kind and we talked for about ten or fifteen minutes. Among other things I told him how much I appreciate and often recommend his book The Transforming Power of Grace and said I consider it the best published modern expression of classical Arminian theology. He said to me “I’m not Arminian.” That surprised me, of course, as he was Methodist and his books, especially the one mentioned, seem to me to be entirely consistent with Arminian soteriology. We did not have time to pursue that subject.

That was my only one-on-one encounter with Oden and then (about 2005) he was very gracious and kind.

I’ll add one other anecdote about Oden. Sometime during the 1990s I was involved in Lutheran theologians Carl Braaten’s and Robert Jenson’s semi-annual weekend ecumenical dialogue events. Invited guests of all major Christian traditions sat for an entire day around tables—facing each other—and talked about the possibility of Christian union (“visible and institutional union of the churches”). One day Carl Braaten called me and asked me to recommend a leading evangelical theologian to serve as a plenary speaker at one of these conferences. I suggested Tom Oden. Braaten’s response was “He’s not really an evangelical; he’s a conservative Methodist.” I realized then that, in spite of his being embraced by evangelicals (e.g., Christianity Today), Oden had never really “come out” as a conversionist. Braaten wanted a true conversionist evangelical. I then suggested Rich Mouw and he was the one they invited.

Oden is missed; his contribution to 20th century and early 21st century Protestant theology was and remains inestimable. However, as one reads him, one must keep in mind his own biography and especially his struggle with liberal theology which, in my own personal opinion, made him a bit paranoid about any theological innovation or creativity—no matter how biblically-supported it may be. For him, so it seems, all important theological questions were answered in the first few centuries of Christianity by the church fathers. He even found ways to discover in them the central ideas of the Protestant Reformers.