Back to the Original Topic: Arminianism: Is There A “Middle Ground” between It and Calvinism?

Back to the Original Topic: Arminianism: Is There A “Middle Ground” between It and Calvinism? 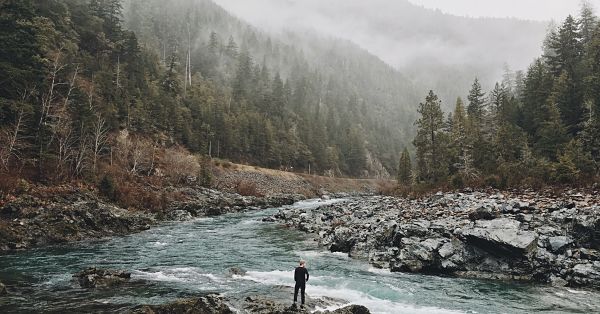 One of the main reasons I founded this blog was to clarify and promote Arminian theology. Arminianism, the theology with which I was raised and from which I have never departed, was under attack—by my fellow evangelical Christians. That is not what bothered me—at least not the main thing that bothered me enough to found this blog. What bothered me then and still annoys me are 1) the extremely common misrepresentations of Arminianism by its critics, and 2) the vehemence with which many of its critics attack it—as heterodoxy if not outright heresy.

I have written much here before responding to those misrepresentations and attacks on Arminianism by its critics. I truly believe that I would never have written Against Calvinism (Zondervan) had it not been for the fact that so many Calvinists were misrepresenting Arminianism and attacking it in their own writings and speeches. There may not be a book titled Against Arminianism but anyone who knows the field (of books, magazines, blogs, etc.) by passionate Calvinists knows many publications and speeches by Calvinists include diatribes against Arminianism. (The very first issue of Modern Reformation magazine was devoted to attacking Arminianism and, in my opinion, seriously misrepresented Arminianism by setting it up as a straw man (viz., Pelagianism or Semi-Pelagianism) and then hacking it to pieces as not an authentic evangelical option.)

Nobody seemed to be standing up for Arminianism in the midst of this onslaught of criticism that was having the effect of convincing even some Arminians that Arminianism is close to heresy and a betrayal of the gospel of grace.

Probably the most frequent question I am asked about this subject is whether there is a “middle ground” between Calvinism and Arminianism. Of course, many evangelical Christians have long claimed to have inhabited that mythical middle ground by calling their own theology of salvation “Calminianism.” I laugh to myself whenever I hear it. There is no such thing—at least without sheer contradiction. When I ask people who call themselves “Calminian” or “moderately Reformed” what they mean I often hear Arminianism described! Of course there is overlap and common ground between Calvinism and Arminianism! Arminius was himself a Reformed theologian! But enough of that. I press on.

If I have a captive audience or someone willing to listen for a while, I explain to him or her that classical, historical Arminianism—under whatever label—is the middle ground they seek! It is the “middle ground” between classical, historical Calvinism (of the TULIP variety which is the Calvinism best known in the United States) and Semi-Pelagianism! (I leave aside true Pelagianism unless I need to explain it which is sometimes the case.) Most often I then have to explain what “Semi-Pelagianism” is. And I did that in Arminian Theology: Myths and Realities and often here.

Semi-Pelagianism is any Christian belief (so far as I know it is tied exclusively to Christian history and theology) that human beings are capable on their own, without supernatural grace prevening, to initiate a saving relationship with God. I often somewhat jokingly call it the “Touched by an Angel theology” of popular American Christian folk religion. Yes, I did actually watch some episodes of that popular late 20th century American television program—primarily to find fonder in it for my teaching against popular American folk religion that goes under the label “Christian.”

Classical, historical, true Arminianism, Arminian theology, when accurately described (as I do in nearly every theology class I teach) often calls forth this reaction: “That sounds like Calvinism!” That’s because many of my students over the years grew up in churches and families touched by Semi-Pelagianism!

The “overlap” or common ground between Semi-Pelagianism and Arminianism is simply denial of unconditional election (“double predestination”) and affirmation of free will as playing a role in a sinner’s salvation. That, and that God wants everyone to be saved but will not save sinners without their consent.

Where Semi-Pelagianism and Arminianism differ is over the question of the initiative in salvation. True Arminians have always believed and still believe that if a person is saved it is all because of God’s grace including “prevenient grace”—the supernatural, inward intervention of the Holy Spirit who gives a sinner whose will is bound to sin and set against God to accept the offer of God’s saving grace freely. But prevenient grace is resistible.

If you are curious about this difference and other, related, questions and issues, read my book Arminian Theology: Myths and Realities. That’s why I wrote it!

The “overlap” of common ground between true, historical Calvinism and Arminianism is simply belief that a sinner cannot initiate a saving relationship with God without supernatural, prevening grace. That means that, for Arminians as well as Calvinists, all merit in salvation is God’s and salvation is a free gift for which a saved person can take no credit. All the ability to repent and believe is from God.

But, of course, the difference between Arminianism and Calvinism appears in the answers to whether that true, genuine “inward call” of God in a sinner’s life is resistible or irresistible.

Now, of course, these affirmations raise many questions and I wrote Arminian Theology: Myths and Realities to answer them. So please read it if you still have questions.

August 19, 2017
Musings about a Lost (?) Evangelical Belief: Pro-Semitism
Next Post