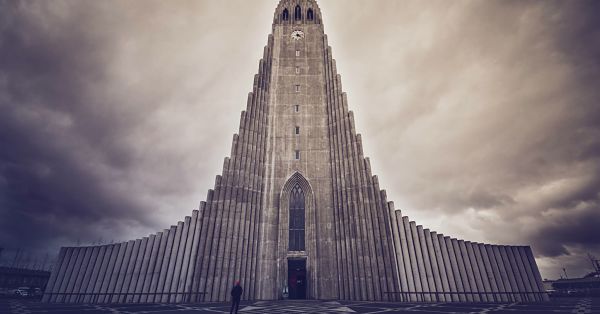 My immediately preceding blog post was about “fundamentalism” and how I identify it. So now it seems appropriate to do the same, as I did there, with the opposite end of the theological spectrum among self-identified Christians. Along with many other scholars of religion and especially Christian theology I identify that opposite end as “liberal Christianity.” Whether people at either end of the spectrum should be considered authentically Christian is not my concern here. I am simply attempting to help those who are not sure what these categories mean settle on some way of interpreting them other than the popular methods. By “popular” here I simply mean informal, casual, a-historical and usually a-theological.

As with fundamentalism and evangelicalism, many Americans simply look at a Christian’s (or church’s) politics and decide whether he/she is “pro-gay rights” or “pro-choice” on abortion or “left-leaning/socialist” on economics and thereby decide whether “liberal” is the appropriate label. That’s too easy and sometimes misleading. “Liberal Christian” is a theological label and category and is technically, at least, independent of politics. In other words, a Christian might be liberal theologically and conservative socially and politically. There is no necessary link, connection, between liberal theology and liberal politics.

Like nearly all broad categories “liberal” is what philosophers call “indexical;” it is always tied to a particular context. What is “liberal” in the United States in 2017 is not the same as “liberal” in China in 2017. To avoid sheer subjectivity, then, “liberal Christianity” needs to be placed in a context. Here, as with fundamentalism and evangelicalism, the context is the United States in 2017. (However, I suspect that, in general, my description of “liberal Christianity” will roughly apply in Europe and all of North America at this time.)

Also, to avoid sheer subjectivity, making “liberal” little more than an emotional label, we have to tie “liberal Christianity” to history. For me, as for most historical theologians, these labels and categories are defined by historical prototypes—people, documents, meetings, events, movements, etc., that have come to be distinctively representatives of that type.

Many scholarly definitions of “liberal Christianity” have been offered. For me, a good place to begin is the definition offered by historical theologian Claude Welch. (If you want to know who he was look him up on Wikipedia but be sure the Claude Welch you read about there is the historical theologian.) Welch defined liberal Christianity as “Maximal acknowledgement of the claims of modernity” in Christian theology (and ethics).

In other words, according to Welch, and many others within the liberal tradition of modern Christianity, “the best of modern thought” is a source and norm for Christian theology (and ethics) alongside the Bible and tradition. And, if there is a conflict between the Bible and tradition, on the one hand, and the best of modern thought, on the other hand, the latter trumps the former. This is expressed very clearly by many liberal Protestant theologians.

Here are some “hallmarks” I see shared by most modern liberal Christians:

1) A tendency to reduce the Bible to “the Christian classic” that is “inspired” insofar as it is inspiring;

2) A tendency to reduce Christianity itself to ethics such that doctrine is an expression of collective opinion always open to revision in light of changing cultural conditions;

3) A tendency to embrace and promote individualism in spirituality and doctrine while insisting on certain controversial ethical positions as matters of justice and therefore beyond debate;

4) A tendency to deny miracles or “demythologize” them so that belief in no miracle is essential to authentic Christian existence;

5) A tendency to emphasize the immanence of God over God’s transcendence;

6) A tendency to believe in the essential goodness of humanity and to deny hell except as inauthentic existence in this life;

7) A tendency to interpret Jesus as different from other humans only in degree (e.g., more spiritually and ethically advanced) and not in kind;

8) A tendency to promote authentic Christian existence as a life of love only without judgment (except of “injustice”).

H. Richard Niebuhr famously described liberal Christianity as belief that “A God without wrath brought men without sin into a kingdom without judgment through the ministrations of a Christ without a cross.”

There are certain “buzzwords” or “buzz phrases” that, to me, signal insipient, if not full-grown, liberal Christianity. Among them are “inclusiveness,” “journey is goal,” “belong before believe.”

If fundamentalism tends to be rigid, dogmatic, contrarian, separatist, liberal Christianity tends to be shallow, insipid, plastic, and fuzzy.

Of course, almost nobody accepts these latter descriptions as accurate of themselves. Nevertheless, these are dangers I see in these two ends of the theological spectrum of American Christianity.