Can Mormons Be Christians?

Can Mormons Be Christians? 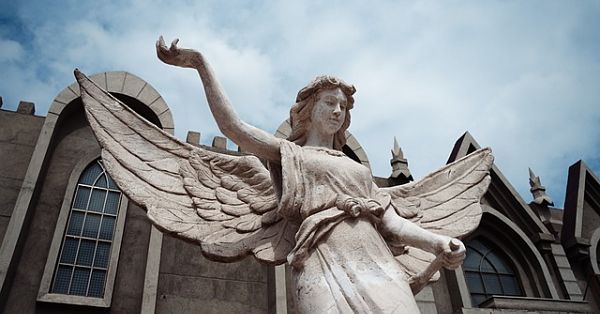 For me, there is no simple answer to that question. I cannot give an unequivocal “yes” or “no.” I know that really bothers a lot of people. There are some who want me to say “yes”—without qualification and embrace Mormons as fellow Christians. There are those who want me to say “no”—without qualification and reject Mormons as non-Christians (if not “cultists”). I have blogged about this here before and talked about it in churches and in my theology classes—over many years now. And through it all I have known many Mormons personally, invited them into my classes to speak, and interacted with them in different contexts.

Recently I was invited by Mormons at Brigham Young University to participate in a commemoration symposium—of “The Living Reformation: 500 Years of Martin Luther.” I gladly accepted the invitation and served as one of several speakers at the symposium on the campus of BYU (sponsored by BYU’s Neal A. Maxwell Institute for Religious Understanding). Most of the speakers were non-Mormons of different traditions: Catholic, Presbyterian, United Church of Christ, Methodist, and Baptist. Some were Mormons or as they prefer to be known Latter Day Saints. We, the speakers, were diverse in every way—women and men, ethnically different, and of different ages. It seemed to me that the symposium’s organizers planned for its diversity.

This was my third invited visit to BYU. I have spoken there twice before, each time as part of a symposium of some kind. Each time I have been treated with impeccable hospitality and kindness. Again, I was impressed by the professionalism, courtesy, genuine interest in what I had to say (and what other speakers had to say), and overall kindness of the LDS people—professors, staff members, students, and guests who came to listen to the speakers.

During a break in the symposium, one of the non-LDS speakers took me aside and asked me this question: “How can Mormons have such bad theology but be such good people?” The person who asked me the question meant it sincerely. I had no good answer but agreed by saying “I’d rather have most Mormons as neighbors than many Baptists I know.” (I am Baptist, as most of my readers already know.)

This time, during my free time between sessions of the symposium, I wandered freely around the BYU campus and simply asked groups of students some questions. I also visited “Temple Square” in downtown Salt Lake City—my first visit there since I was 19 years old many, many years ago. It is largely unchanged since then—as impressive as ever.

Back to the question: Can Mormons be Christians? Many people want to know. Mormonism/the Church of Jesus Christ of Latter Day Saints is growing by leaps and bounds throughout the world. And I think I perceive some changes happening in its theology (insofar as it has one) and spiritual ethos. What are those changes? Well, others will inevitably disagree with me. But here is what I think I perceive happening. (Please remember that I have read many books of Mormon theology as well as books about Joseph Smith and early LDS history and thought and have interacted many times with Mormon people about their beliefs.)

First, there seems to be a shift toward greater emphasis on classical, orthodox Christian theology and away from some of the “scandalous” sayings of some of the past presidents/prophets of the LDS church. Yes, yes…I know Mormons will not disavow things said by their prophets (presidents of the church), but they seem to have a way of “downplaying” some of those things and “playing up” elements of their own history and theology that accord with historical, biblical, especially Protestant theology.

I had a long and complicated conversation with an LDS BYU professor about “grace.” It seemed to me that he sincerely expressed belief that if someone is saved it is solely by means of God’s grace and not at all due to good works. He renounced Pelagianism while admitting that from an outsider’s perspective some of Mormon theology appears Pelagian. Another LDS person said to me that “most Mormons” simply believe that Jesus Christ is God incarnate—in a unique way as “eternal God and Savior.”

When I was inquiring of a student who was also a guide about Mormon theology—very gently and without going into depth—she said to me (and I quote): “You know, we’re more of a culture than a theology.” Uh huh. That’s what I have come to think about LDS/Mormonism. Not that their BYU religion scholars don’t think about theology but that doctrine is not really the center of “Mormonism.” The center is a culture that revolves around a certain spiritual-ethical-theological ethos that highly values family.

Well, this could go on forever, so I’ll move on….

After years and years of studying Mormonism and the LDS Church I have come to the conclusion that…(drum roll)…individual Mormons can be Christians but the LDS Church is not a Christian Church. There are dismaying beliefs still held strongly by the church—about revelation, canon, authority, Joseph Smith, the nature of God, the Trinity (“three separate divine personages”), human nature and potential, etc., that cause me to demure from considering the LDS Church itself a Christian denomination. However, many Mormons I have met and interacted with seem to me to be genuinely God-fearing, Jesus-loving, Bible-believing Christians in their hearts even if they are confused about doctrine (some more than others).

I have never, in my entire life, accepted as fully and truly and authentically “Christian” any church just because others consider it Christian and it calls itself Christian. In most cases that I can think of, however, I have always thought there were real Christians in those churches that I have to conclude are not authentically Christian churches.

September 17, 2017
The Legacy of the Reformation in Contemporary Evangelicalism
Next Post