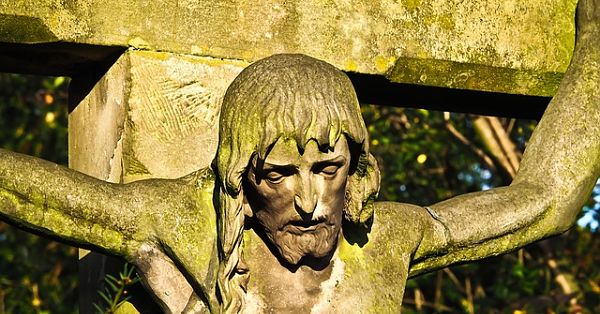 My immediately preceding post (“Some Lutheran Theologians I Have Known”) concluded with thoughts about the idea, common among especially modern European theologians, that God has a “history.” In America we tend to associate that idea, that God has a history in and through which God changes in certain ways, with process theology. Especially in conservative theological circles that is considered heresy. Here is a book that explains why (in a very scholarly and calm way): Does God Change? The Word’s Becoming in the Incarnation by Catholic theologian Thomas G. Weinandy (St. Bede’s Publications, 1985). Almost all conservative Christian theologians agree, with Weinandy, that God, in the person of the Son, the Word, “became” in the incarnation. But Catholic theologian Karl Rahner expressed that conservative view best by saying that the Word, the Son of God, “became something” in and through an “other”—the human nature of Jesus and not in and of himself. The point is that it’s “okay” to say that in and through the union of God with Jesus’s humanity in the incarnation God himself, in the person of the Son, experienced change, but it’s not “okay” to say that God himself went through a history linked to the world’s history such that what happened in the world’s history affected God inwardly.

All that is extremely subtle and often surprising to novices studying historical and systematic theology. The students coming from more liberal, progressive, backgrounds find it odd that it’s virtually a heresy to say that God changes. Students coming from more conservative backgrounds find it odd, if not heretical, that anyone would say that God changes.

I don’t intend here to go through a lot of the history of this debate. I will just say that conservatives, both Catholic and Protestant, tend to fear the “ghost” of Hegel and react with horror at any appearance of the “ghost” of Whitehead. Both were philosophers who had no hesitation to talk about God changing. And both almost certainly did go too far with that idea, embracing a panentheism in which God is not identical with creation but is dependent on creation—not just voluntarily but necessarily.

In recent decades, though, many, many Christian theologians and philosophers, not directly indebted to Hegel or Whitehead and not wanting to embrace panentheism have talked about God’s “historicity” and changes in God’s inner life in relation to the world. Some of them are: I. A. Dorner (actually 19th century), Jürgen Moltmann, Wolfhart Pannenberg, Robert Jenson, Hans Küng, Thomas Torrance, Paul Fiddes, Keith Ward, and many, many others.

So, having wrestled with this question of whether God himself can change for many years I have concluded that God can and does change in relation to world history voluntarily. Danish theologian Niels Henrik Gregersen calls my view “Christian panentheism” in his chapter entitled “Three Varieties of Panentheism” in the book In Whom We Live and Move and Have Our Being: Panentheistic Reflections on God’s Presence in a Scientific World edited by Philip Clayton and Arthur Peacocke (Wm. B. Eerdmans, 2004).

Let me be clear, though. I do not call my view “panentheism,” not even “Christian panentheism.” Why? Because originally, and for at least a century if not more, “panentheism” (a term coined by a German philosopher-theologian in the 19th century) meant God is dependent on creation—involuntarily. Hegel and Whitehead were and should remain the standards of true panentheism. Both made God involuntarily dependent on some world, some creation. “Without a world God is not God” and “the world creates God.” I adamantly deny both of those ideas (which are really one idea called panentheism).

However, I do affirm that, voluntarily, out of love, God changes with the world he created out of nothing; God freely enters into history with us such that the pain of the world becomes “The Pain of God” (title of a book by Japanese theologian Kazoh Kitamori). I also believe that the world’s joys become the joys of God. As process theologians say, God’s very being is enriched or impoverished by what happens in the world. But the difference is that, for me, this openness of God to the world is voluntary.

How does God change? Not in his character but only in his experience. This is called God’s “di-polar nature” in process theology, but I reject process theology’s idea that God’s “primordial pole” (character) is only potential and not always already actual. I prefer 19th century German theologian Dorner’s idea of God’s ethical immutability but ability to take into his own life the world’s history and make it his history, too. Does this make God dependent on the world? Only in his experiential life and only voluntarily.

I cannot read the prophetic book Hosea without coming to this conclusion, namely that God actually, inwardly experiences the pain and suffering of humanity’s idolatrous rejection of him and the joy and relief of humanity’s repentance and turning away from idolatry back to unconditional love and loyalty to him.

It seems terribly artificial to me to say (or hear) that God could only change in any way, even experientially, that is move from potentiality to actuality in his inner, experiential life, “in and through another” (viz., the humanity of Christ). It was the Son of God, God the Son, who grew in stature and wisdom and favor with God and man and who wept and smiled with joy and suffered and died and descended into hell (von Balthasar’s “Holy Saturday”) and rose and ascended back to the Father as a man.

I agree with those theologians who say that the Holy Trinity at least now is: Father, Jesus, Holy Spirit. While there may have at one time been a “Logos asarkos” (not incarnate Son, Word), since the incarnation there is none. Jesus is the Logos, the Word, the Second Person of the Godhead.

And, having said that, I admit arriving at the limit of my ability to know, guess, imagine, say.

November 7, 2017
American Lutheran Theologians I Have Known
Next Post