Is There a Valid “Ethics of Distress?”

Is There a Valid “Ethics of Distress?” Thoughts about Philosopher-Theologian Paul Ricoeur 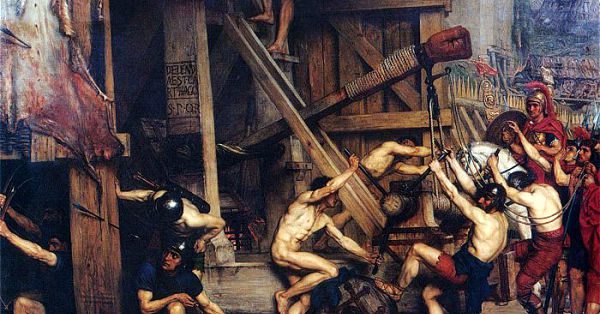 I am often amazed at how swiftly extremely creative and influential intellectuals and their works are forgotten. Who talks or writes about Paul Ricoeur (d. 2005) anymore? And yet, during the 1970s (and before and after) he was widely considered by Europeans and North Americans especially one of the foremost Christian thinkers. He was one of those rare intellectuals who inhabited a borderland between philosophy and theology and can easily be counted as both a philosopher and a theologian. (Some Ricoeur scholars objected to his being categorized as a theologian at all but had to admit he was a “religious scholar” and not a purely secular one.)

Ricoeur taught at the University of Chicago for many years but was originally from France. He was raised by his grandparents as Protestant but his mature scholarship was not tied to any particular Christian tradition. He died in France at a very old age (he was born in 1913) and the president of France eulogized him and decried his loss to the world as a great one.

Ricoeur was an extremely prolific writer. One of his best known books in the U.S., often required reading in philosophy and religion courses in U.S. universities, was The Symbolism of Evil in which he argued that “symbol gives rise to thought.” Some consider him a forerunner of postmodern philosophy if not a postmodern thinker before “postmodernism” became all the rage.

One question I often wrestle with is why people as important, creative and influential and Ricoeur are forgotten so quickly. Of course, I don’t men he is entirely forgotten, but his name is now (2017) rarely heard in discussions of late modern and postmodern philosophy and religious thought.

His philosophy (and theology) would fall into the broad category of “Continental Philosophy” as opposed to “Analytical Philosophy” and that’s one reason I think he has largely been forgotten in the English-speaking world even though most of his books were translated into English and he taught at an American university. Although not exactly an existentialist himself, his own philosophy and theology was greatly influenced by French and German existentialism.

Ricoeur wrote much about ethics—from a broadly Christian or at least theistic perspective. One of his key ideas was the “ethics of distress.” This concept is especially expressed in Ricoeur’s book History and Truth (Northwestern University Press, 1965). In a (admittedly inadequate) nutshell if means that there are times and circumstances when a person, even a Christian, must do the unethical. The “ethics of distress” covers those decisions and actions in which a person must admit to himself/herself that this decision and action is not ethical or Christian in any normal, ordinary sense. In other words, in such a situation, the person finds himself or herself “called” to act without ethical justification. “It” simply must be done, but “it” cannot be called right. I have called such a decision and action “neither right nor wrong but necessary.”

From what I understand of Ricoeur’s thought, the only thing totally unique here, in this area, is the term “ethics of distress.” I have described this kind of ethical thinking in public and in print, including here, and often been accused by what I would call “ethical perfectionists” of justifying sin. Not at all. And I have re-discovered Ricoeur as a person who would agree with me. Within and under the umbrella category of “ethics of distress” one cannot call the decision and resulting action “not sin;” it is sin. (And Ricoeur’s Christian roots appear in his belief that “sin” is an irreducible category; it cannot be reduced to ignorance, for example.) But it is sin in a strange sense—especially to those who think in black-and-white terms about sin and evil. It is also sin in a strange sense to those who would call themselves “situational ethicists” (such as Joseph Fletcher and his followers).

For Ricoeur, as I understand him, sometimes, in rare occasions, even the most devout and committed religious person with the highest ethical standards must sin. Or he/she feels compelled to sin.

Immediately some people with think of Luther’s “sin boldly,” but this is different from what Luther meant. My own reading of Luther leads me to believe that, by “sin boldly,” he only meant that sin is unavoidable because, due to total depravity, every “good deed” is infected by some taint of selfishness and pride. So one should not worry overly much about that; a person who repents is “covered” by God’s grace. But I do not think Luther thought presumptuous sinning—acting knowingly against God’s will—should ever be committed “boldly.”

But neither did Ricoeur (as I understand him). I don’t think he would advise anyone to “sin boldly.” But, apparently, he did believe there are extreme situations where a person must sin and trust God to understand and forgive.

But deeper than this, and I tend to agree, Ricoeur thought that evil, however exactly understood (and he did not think it could be fully understood by thought), is part of the “warp and woof” of the human condition and that profound spirituality (also not fully understandable) cannot escape it. (Ricoeur did not believe in a literal, historical “fall” into sin at some primitive, historical moment.) The “fall” described narratively in Genesis 3 was for him a symbol, but not a myth in the common sense of myth. It is true, but not literally true. And to attempt to make it literally true distracts from its symbolic power. And yet, as a powerful symbol, it necessarily provokes thought which leads to attempted explanations. Yet the explanations never rise to the level of the symbol itself in terms of power to express.

What does the “ethics of distress” mean practically, then? I take it to mean (for myself) that there are moments when one observes or learns about a decision-action by someone else (or possibly by oneself) in which the only proper response is “I neither applaud nor condemn; I understand (or try to understand).” The person who believes in God who finds it necessary to act within the ethics of distress can only regret and repent and trust in the forgiveness of God and/or other persons.

If you need a case study, and case studies always provoke controversy so I hesitate to give one, I would consider the true story behind the movie “Machine Gun Preacher” a case of the “ethics of distress.” (I do not know what Ricoeur would say.) What the preacher did in Africa was sin, at least according to a strong Christian ethic of non-violence and peacemaking. And yet, I know that, with sufficient courage and capability, I would have done the same under the same circumstances. It had to be done.

The early Christian preacher John Chrysostom required Christian Roman soldiers who killed in battle to go through a period of repentance and restoration before being re-admitted to communion. This speaks to me of a precedent in ancient Christian thought for the “ethics of distress.” But my purpose here is not to open a discussion about “just war theory,” do not go there…. My only purpose is to raise the question of the category “ethics of distress” as I describe it here which, I hope, is faithful to the basic impulses of the unfortunately largely forgotten great Christian philosopher-theologian Paul Ricoeur. And to recover his memory and recommend is body of work to those who are not familiar with him. I guarantee to you that if you could go back in time to the 1970s and take a university course in contemporary religious thought you would at least hear about him and probably read one of his books or at least a chapter about him. Now, unfortunately, he being forgotten and I consider that a sad state of affairs (viz., that great thinkers come and go so quickly in terms of memory and influence).

December 19, 2017
Against Creedalism: Why I am a "Confessing Christian" but not a Creedal Christian
Next Post