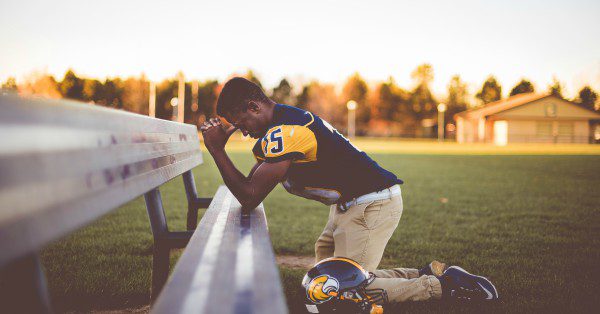 The facts are irrefutable now; American football causes long-term and irreversible brain damage in many players. Anyone who doesn’t know this simply hasn’t been paying attention. And in some cases, that brain damage has probably led to violent behavior, including suicides and murders, that probably would not have happened otherwise. In any case, the research is in and the fact is irrefutable: long-time participation in American football (I am not talking about the game we in the U.S. call “soccer”) often, perhaps usually, leads to serious brain damage.

Why do we continue to encourage it even in very young men and boys knowing the damage it almost certainly will cause them that cannot be reversed?

I cannot think of any other reasons than two. First, there is tremendous money involved in the game of football. Football has become a constituent part of American educational and entertainment life. It’s hard for many people even to imagine America without football. Second, people like to see other people hurting each other—or at least taking enormous risks the almost inevitable consequences of which are great bodily harm, if not death, to some.

Knowing now what is probably, almost certainly, going on inside the brains of football players—some of them still in their minority—why else would we celebrate such a violent game? Are we not like the ancient citizens of the Roman Empire who flocked to the many arenas and coliseums to watch the gladiators kill each other?

Oh, someone will say, “that’s different.” But is it really—now that we know the deleterious physical and mental effects of playing football? Sure, few players die during a game; it almost never happens. But now that we know what playing the game causes inside the craniums of long-term players, how can we continue to support the game thoughtlessly?

Worst of all is that, at least in some parts of the U.S., little children are being pushed into playing football long before they can possibly understand the long-term dangers to their bodies and brains. I live in a state where I see children as young as twelve and thirteen “suited up” in layers of special clothing and helmets practicing football in the extreme summer heat (over 100 degrees in blazing sunlight and humidity). There have been cases of said children passing out from heat exhaustion and dehydration and being injured during such August practices.

At the very least we, as a society, need to require that contact (“tackle”) football be played organizationally only by children sixteen and older—at the same age (in most places) where they can drive and understand the dangers of driving. Most definitely we need to assure that every football player knows the dangers. At the most, we need to consider replacing football with another sport such as what we, in the U.S., call “soccer.” Yes, I know, there are dangers of physical harm in that sport as well, but they pale in comparison with the brain damage happening in many, perhaps most, boys and men who play football over a long period of time.

I once taught at a Christian university that refused to have a football program. I was pleased. The basketball program was stellar and sufficient, and there were other organized sports played on campus and with other colleges and universities. The reason given for not having a football program was that even then—way back in the early 1980s—the dangers of football were strongly suspected. Now they are known. The founder-president of the university considered football, as played in the U.S., violent, and even though he was not a pacifist (so far as I ever knew), he did not wish to inflict on any of his students the physical harm of playing such a violent game. I had many issues with that man, but I had to applaud his courage and care for students in that decision.

February 9, 2018 Why My Conversations with Calvinists are Rarely Productive
Recent Comments
0 | Leave a Comment
Browse Our Archives
Related posts from Roger E. Olson