Is There Really Such a Thing as “Christian Privilege?”

Is There Really Such a Thing as “Christian Privilege?” April 5, 2018 Roger E. Olson

Is There Really Such a Thing as “Christian Privilege?” 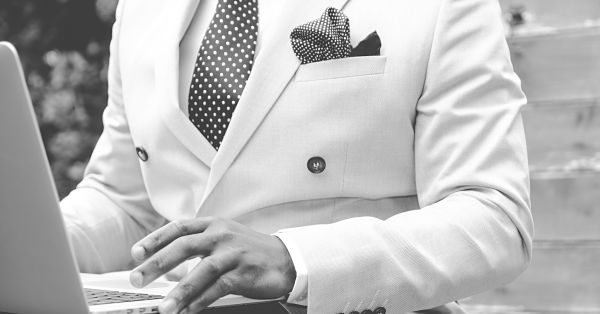 Recently, so it is reported, some American academics have discovered a new social injustice: “Christian privilege.” One major American university (secular now but ironically founded by Baptists!) is holding a conference to reveal this newly discovered injustice and expose it as such.

Is there really such a thing as “Christian privilege” in the same sense as “male privilege” and “white privilege” and “rich privilege?” That is, does being Christian in America grant a person special, undeserved, unearned rights and privileges others do not have—even outside of Christian organizations?

Well, let me be frank about this. I think the whole idea of “Christian privilege” is ignorant because it assumes “being Christian” is one thing—like “being male” or “being white.” (Of course, those are also more complicated that most people think, but I won’t go into that here now.) There are many kinds of Christians and no one, over-arching “Christian” existence.

Let me illustrate. I grew up Pentecostal. We were considered “holy rollers,” “fanatics,” “heretics,” and all kinds of awful things—precisely by other Christians (to say nothing of by secular people). We returned the favor and considered non-Christians automatically destined to hell (unless they converted) and most self-identified “Christians” not true Christians and therefore also destined to hell (unless they shed their “nominal Christianity” and became true Christians like us).

This case may not hold true as much today as when I was growing up in the 1950s and 1960s. But, it is still the case that many Christians consider most “Christians” false Christians.

So, when academics start lumping all Christians together and talking about an injustice called “Christian privilege” which Christians do they mean?

Now don’t anyone try to tell me that just being Christian by itself gives one social privilege; there are many Christian groups that know to their sorrow (or maybe joy—depending on how they regard persecution) how unprivileged they are because they are the kind of Christians they are.

Let’s take some more examples. It may be the case that in Utah, for example, Latter Day Saints are privileged. I don’t know because I’ve never lived there. I’ve heard it said. That’s all. But I know for a fact that in Texas, for example, being Mormon does not give one social privilege or advantage.

What about Amish? Perhaps in Lancaster, Pennsylvania being Amish is a privilege (I really don’t know), but I know that in Texas being Amish does not give one any social privilege—unless we’re only talking about making and selling certain kinds of furniture.

The whole idea of lumping all Christians together and talking about a newly discovered social injustice called “Christian privilege” is simply laughable for anyone who knows how diverse Christians are. There is no monolithic block of “Christians.”

I happen to know Christians who have good reason to believe they suffer persecution in their workplaces, for example, because they are the kind of Christians they are. Their Christianity requires them to not pretend to be secular and not to privatize their Christian faith in the way most of modern America requires—in public spaces. Even if they do not go around “witnessing” to every colleague and customer in the workplace, just “wearing their religion on their shirtsleeve” makes them objects of derision and marginalization. Simply choosing not to drink or get drunk or gamble or swear or view pornography or whatever…brings upon them ridicule and possibly even lack of promotion.

I have a friend who belongs to a denomination that forbids membership in “secret societies” and he was informed that, although he was the best qualified person to fill the top position in his local government agency, he would never be promoted to it unless he would join a secretive fraternal society. Maybe academics should look into “fraternal society privilege?”

The plain and simple fact of the matter is that, in large swaths of American society, being secular gives one special social privilege. Oh, by “secular” I don’t mean atheist or even agnostic; I mean privatizing one’s religion (assuming one has any) to the point that it is invisible and unknown outside of the home and church. That is especially the case in (O the irony of it all!) contemporary American non-religious academic institutions and professional societies!

The whole idea of “Christian privilege” in contemporary America can only be one thing. (O how I hate to agree with the famous or infamous pastor of a large First Baptist Church who appears occasionally on Fox News to laud our president and his party!) It is nothing more or less than an attempt on the part of some secular and pagan and other non-Christian academics to punish people for being Christian—a phenomenon about which they are largely ignorant.