Are You Being Manipulated without Knowing It? Thoughts about “Public Relations”

Are You Being Manipulated without Knowing It? Thoughts about “Public Relations” May 5, 2018 Roger E. Olson

Are You Being Manipulated without Knowing It? Thoughts about “Public Relations” 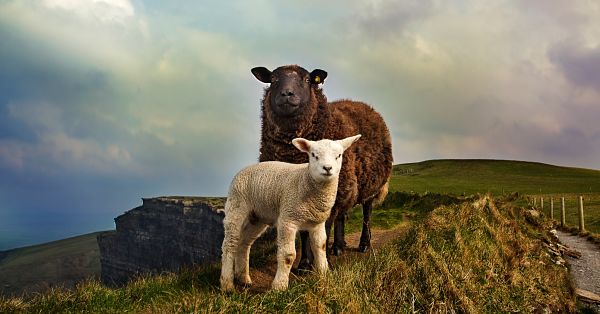 Recently I enjoyed a conversation with a friend who is well-read, knowledgeable, and reflective about “modernity” especially as it manifests in American culture. I entered the conversation thinking of “modernity” philosophically and in terms of science and technology. My concern has long been about how modernity, as a cultural ethos, has invaded Christian churches and how it has affected especially Christian theology—both academic and popular.

My friend, who is a committed Christian, shifted the conversation in a new direction—one I have not thought about as deeply as he has: the pervasive and manipulative power of “public relations.” Yes, I have talked about that on a very surface level here, especially with regard to the advertising industry and how it manipulates people. My friend, however, pointed me to one particular villain in this powerful manipulation of the masses, someone I had never heard of.

I love it when I latch onto a source that explains how something came about that shaped (and continues to shape) culture—especially my culture (the United States). I have long been suspicious, even cynical, about advertising. It is all around us and we cannot escape it. Everywhere you “look” (including hearing) it pops up—sometime in the most unexpected places.

I have long noticed and criticized the common use of manipulative and highly debatable phrases in advertising such as “No Limits!” and “You Deserve This!” and “This Will Change Your Life!” All these are used to promote products nobody really needs and these are often sheer lies. Buying the product will not produce limitlessness; nobody really deserves it, and buying it will not change your life in any meaningful way.

Here is one of the most recent examples. A university promotes itself by saying that nature gives out talent equally. It does? Since when? Why have I never had any talent whatsoever in anything even dimly related to sports—whereas many of my peers, since childhood, have enjoyed much greater talent in several sports?

But my question is this: How many people watching and listening to that commercial question this claim? After all, it is made by an academic leader (although I suspect it was put in his mouth by some advertising expert).

Who was this person? According to my friend, who has studied the matter in depth and detail, he was Edward Bernays (d. 1995). I consider it a serious fault that I have never heard of him! Given his immense influence on European and American culture (and through those cultures world cultures) how could I have missed ever hearing of him? I flog myself for it (figuratively speaking, of course).

Now I see an entire, lengthy, fascinating documentary about him (and others): “The Century of the Self.” I will leave it to my readers to locate it and, if you are so inclined, watch it. It’s not difficult to find, but know that it is over three hours long! But it needs to be to tell the whole story of how one man re-shaped American culture—from a “needs-based” to a “wants-based” society. The ramifications were and are unbelievable (and yet seemingly cannot be denied).

How could I have missed this knowledge—about this extremely influential individual? I have detected much of his thinking “at work” in American culture, but I never heard of him (that I can recall). To understand my shame you need to watch the documentary and/or read PR! A Social History of Spin by Stuart Ewan.

According to the sources (and Bernays is actually interviewed in the documentary), Bernays agreed with his uncle that human beings are largely driven by unconscious desires and those unconscious desires can be manipulated by propaganda (but he preferred to call it “public relations”). He is credited with founding modern “public relations” and even modern (twentieth century) advertising with a clear intention of manipulating people into desiring things they did not need and that were/are even harmful to them (e.g., smoking cigarettes).

If you are old enough you may remember an advertising campaign for a brand of cigarettes especially for women; the slogan was “You’ve come a long way, baby.” The slogan was accompanied by a picture of a clearly “liberated woman” smoking that particular brand of cigarette. Now, that example is not mentioned in the books or documentary, but I remember very well my initial and enduring reaction to it, namely “That is extremely manipulative and who can fail to see that?” And yet, according to some sources, it was extremely successful.

Actually, according to the documentary and books, Bernays did create a much earlier cigarette-smoking campaign aimed at women; he convinced tobacco companies to link smoking cigarettes with the early women’s liberation movement. Before that, at least in the U.S., cigarette smoking by women was considered scandalous. Bernays turned that around; it became a signal of female power.

Now, I’ve said enough to give you the basics. It’s up to you to investigate the influence of Bernays for yourself. I think you will find the book and documentary (there are other books about him) extremely enlightening insofar as you are at all interested in knowing how American culture evolved to what it is today—a culture obsessed by and driven by consumerism.

The gist of the documentary and books about Bernays’ pervasive influence, even over those who attempted to react against it, is similar to, if not influenced by, the thinking of Noam Chomsky (b. 1928) about our need, as responsible human persons, to recognize and resist the subtle power of brainwashing that is rarely recognized or called that.

My reason for bringing this subject up on my blog is simply this: As Christians living in a primarily secular, pluralistic society driven by unseen and unrecognized forces—mostly in the worlds of higher education, corporations, and governments—we need to be wary of becoming part of that culture in an uncritical way. Knowing about people like Bernays and his followers and even those who reacted against him (even Chomsky) is part of being a Christian disciple in contemporary America. For example, Christians need to be trained to be suspicious of advertising and resist its subtle power to manipulate people. We need to be trained to notice when powerful, unseen forces are attempting to manipulate us into thinking and living in ways contrary to the way of Jesus Christ. For example, what economist Thorstein Veblen (d. 1929) called “conspicuous consumption” is contrary to the spirit, if not the letter, of the message of Jesus Christ. And yet American society has made it a virtue.

May 3, 2018
An Extremely Sensitive Subject Explored: Sexual Abuse of Males
Next Post

May 9, 2018 Should Abused Women (or Men) Stay with Their Spouses?
Recent Comments
0 | Leave a Comment
Browse Our Archives
get the latest updates from
Roger E. Olson
and the Patheos
Evangelical
Channel
POPULAR AT PATHEOS Evangelical
1