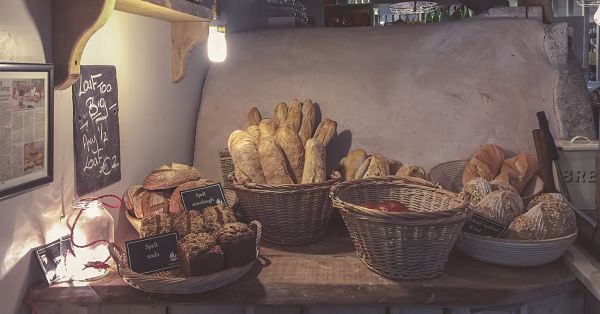 A new trend is developing in the American restaurant business. I have seen it growing everywhere I go.

Recently I was in a large American city looking for a Mexican restaurant and couldn’t find one. That seemed odd as Mexican (or “Tex-Mex”) food has traditionally been popular there.

I drove all over the city and looked on the web and examined the “Yellow Pages” under “Restaurants.” All I could find were restaurants with names like “Good Food Here,” “Eat Here,” “Best Food Anywhere,” “Tasty Food,” “You’ll Like Our Food,” “Banquet,” “Buffet,” “Good Everyone Will Enjoy,” “Food that’s Good for You,” etc.

I found that the only way to know what kind of food a restaurant serves is to park, go in, and examine the menu. But even then, most of the menus had meals listed such as “Best Meal,” “Good Meal,” “What a Meal,” and “Healthy Meal.”

Now, after a lot of eating, I finally discovered that most of these restaurants were specialized in their flavors. One served great Tex-Mex food but I didn’t know that until I sat down and ordered a generic-sounding meal.

Now, there were exceptions to this trend. I saw the occasional restaurant that boasted very publicly of NOT being like other restaurants. One’s sign said “First Smorgasbord Restaurant” and I knew (finally!) this one served Scandinavian food. But! When I went in to try it out I found lots of non-Scandinavian food in the smorgasbord and the lutefisk and lefse tasted a bit like Tex-Mex or Chinese food.

I finally got my hands on a Yellow Pages phone book and looked under “Restaurants.” What I found was that the longest category was headed simply “American.” But when I visited some of those so-called American restaurants I found they did tend to have different kinds of food. One had no real hamburgers and was actually vegetarian! Okay, but how was one supposed to know that the so-called hamburgers were made of tofu? The menu didn’t say that.

So I began to examine many of the restaurants’ web sites. Most of them looked similar. For example, certain words appeared “up front and center” like “Healthy,” “Tasty,” and “Casual.” I had to work hard to find on the web site any indication of what KIND of food the restaurants served. Sometimes, even often, after much examination of the web sites I could find a little link to “Our Menu.” Sometimes, but not always, I could detect the particular “orientation” of the restaurants’ cuisine.

What is this trend all about? Why don’t ALL restaurants say “up front” and “center” on their signs and web sites what their particular specialty is? Most have one but they seem to want to hide it—until you are seated and order a generic-sounding meal. Then what’s put in front of you may be Greekish, or Germanic, or whatever. But even then the food tends to taste bland and it’s a bit hard to tell. They are really holding back on the spices!

My experience with this is that almost every restaurant has some special “spice” or “taste” orientation, but more and more don’t want it known until you’re seated and then you feel committed to order something. Even then, you may have to come several times and eat a lot of the meals to discern what that cuisine orientation is.

May 22, 2018
Who Is the Ruler of this World? An Answer for Bible-believing Christians
Next Post

May 26, 2018 My Feeble Attempts at Satire Miss the Mark
Recent Comments
0 | Leave a Comment
Browse Our Archives
get the latest updates from
Roger E. Olson
and the Patheos
Evangelical
Channel
POPULAR AT PATHEOS Evangelical
1