Did God the Father Really “Turn His Face Away” from Jesus?

Did God the Father Really “Turn His Face Away” from Jesus? 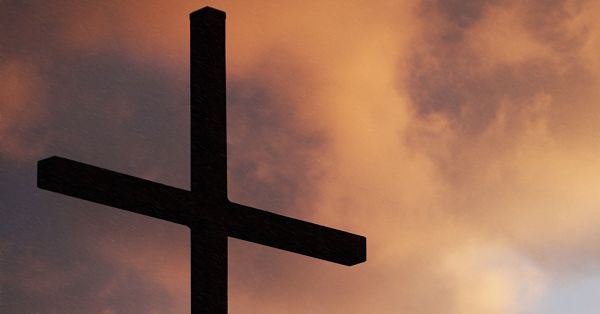 A relatively new (“newish”) hymn sung in many evangelical churches says that as Jesus was dying on the cross “the Father turns his face away.” (The hymn’s title is “How Great the Father’s Love for Us.) I do not know whether the hymn’s authors were influenced by German theologian Jürgen Moltmann, but in the latter’s classic book The Crucified God he argues that this was the essential moment of Jesus’s saving work—he was literally abandoned by God the Father. His “cry of dereliction,” quoting Psalm 22, “My God, my God, why have you forsaken me?” was not merely an expression of a subjective feeling but an expression of what was actually happening within the Trinity.

A few years ago I heard a sermon in which the preacher contradicted the idea that God the Father really turned his back on or abandoned the Son as he was dying on the cross. According to her, Jesus’s cry of dereliction was nothing more than his subjective feeling of being abandoned but God the Father was with him the whole time. (I don’t recall whether this argument was a direct response to the hymn or not and I doubt that it was a response to The Crucified God.)

Moltmann’s strong emphasis on the crucifixion of Jesus, including his death and descent into hell (what Catholic theologian Hans Urs von Balthasar calls “Holy Saturday”), created strong reactions. He was accused by many of “tritheism” for positing a break within the Trinity. Of course, Moltmann also argued that the Father suffered the death of Jesus—just in a different way than Jesus suffered it. I am certain that Moltmann would sin “How Great the Father’s Love for Us” with agreement but explain that “the Father turns his face away” includes the pain of God himself (ref. Kazoh Kitamori, Theology of the Pain of God).

I say “robust doctrine of the Trinity” because, of course, at least from Augustine on many Western Christian theologians have rejected any social trinitarianism in favor of a quasi-modalist view of the Trinity that emphasizes the oneness over the threeness of the Godhead.

The social doctrine of the Trinity, rooted in the teachings of the Cappadocian Fathers (Gregory, Gregory, and Basil) and emphasized by Richard of St. Victor (and his medieval followers) and resurrected in the 20th century by Leonard Hodgson and others, opens the door to “the Father turns his face away” and Moltmann’s (and others’) idea of Jesus’s literal, real, ontological abandonment by the Father.

Some Christian thinkers regard that as enough to send us all running back into the arms of Augustine and others such as (the early) Karl Barth who emphasized the unity of the Trinity—some to the point of preferring “modes of being” (Seinsweisen) to “persons” for the three hypostases of the Trinity.

But the issue goes deeper. What about the atonement? Can one believe (as Barth did, for example) in a substitutionary atonement, that somehow and in some sense Jesus bore on the cross the burden of human sin and paid the penalty for, suffered the punishment humanity deserves, how can one deny that there was some abandonment of Jesus by God the Father who cannot look upon sin with pleasure and satisfaction? Of course, this could be a reason why even many evangelical Christians are abandoning any substitutionary theory of the atonement—because they don’t want to believe God the Father really, literally, ontologically abandoned Jesus as he was dying on the cross.

And the issue goes even deeper. What about the incarnation itself? If one believes that the God-man Jesus Christ was not omniscient or omnipotent during his life on earth, but really “emptied himself” of power and glory in order to live a truly human life, then doesn’t that already imply a social Trinity?  Of course, some Christians, including some philosophers and theologians, have argued that Jesus was omnipotent and omniscient during his earthly life; only his humanity was limited in power and knowledge. But that seems to resurrect the specter of Nestorianism—dividing Jesus into two persons—one human and one divine.

As for me, I have no qualm about believing that as Jesus was dying on the cross for our sins “the Father turned [sic] his face away” and Jesus was actually abandoned by God for a time in order to fully identify with us in our sinful condition and take on himself the penalty for sin in our place. Of course, I would want to emphasize immediately and also the Father’s pain and suffering (as Moltmann does in The Crucified God) in abandoning the Son.

Is this tritheism? Well, no more so than believing that in the incarnation the Son of God limited himself, divesting himself of the use of his divine attributes of power and glory (“kenosis”), in order to live a truly human life among us. The only way to escape that is to deny Luke 2 which says that Jesus grew in “stature and wisdom and favor with God and man” or to claim that was a charade or that somehow that applied only to his “human nature” which then, again, raises the specter of Nestorianism.

June 1, 2018
About the Handbook of Denominations in the United States (14th Edition)
Next Post