Is Cruelty to Children Ever Justifiable?

Is Cruelty to Children Ever Justifiable? June 17, 2018 Roger E. Olson

Is Cruelty to Children Ever Justifiable? 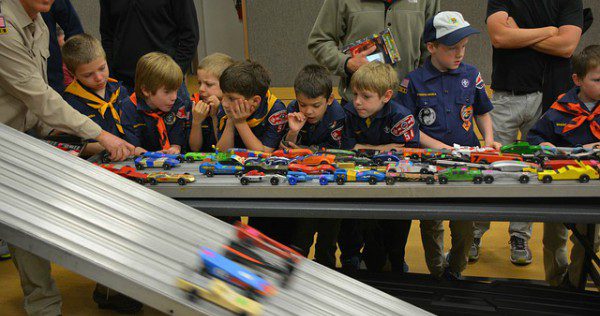 Just asking or hearing such a question should bring an answer immediately to mind—No. On the other hand, we have to ask what constitutes “cruelty.” Here, in this blog post, by “cruelty” I mean inflicting suffering—physical, mental or emotional—on children unnecessarily. I am not talking about subjectively perceived cruelty—the feeling of being treated cruelly. One can feel treated cruelly when that is not really the case. For example, when I was a child and had to receive immunization shots with what seemed to me enormous needles (and they were much thicker then than now) I felt like I was being treated cruelly. But that was not really the case. That was a subjective feeling; the pain was for my own good.

No, I’m talking about unnecessary suffering. Is unnecessary physical, mental or emotional suffering—cruelty—inflicted on children ever justified?

Again, I have to specify my meaning of “justified.” I’m not talking about someone’s attempt to defend it. During the Nazi era much suffering was inflicted on children and “justified” as “necessary” for the greater good of the German people. No, I’m not talking here about that kind of “justification;” I’m talking about real justification—reasonable moral defense of inflicting suffering as necessary.

According to news reports out this week (June 11-15) the government of the United States is attempting to defend and justify separating children from their parents on the grounds that the parents are breaking U.S. laws by immigrating to the U.S. illegally. Taking their children away and putting them in mass detention centers (why not call them concentration camps?) is being defended by some U.S. administration officials as biblical.

The crucial question is: Is this practice necessary? The obvious answer has to be No. There are alternative practices that would keep families together. Clearly this practice of separating families and incarcerating children away from their parents is cruel because it is nothing more or less than vengeful and punitive—to the children as well as to the parents.

True, technically, the parents are committing a crime by crossing U.S. borders illegally. Sometimes separating children from their parents, when the parents are criminals, is necessary and justified. (One thinks, for example, of the recent discovery of a family living in squalor where the children were being treated with unutterable cruelty by the parents. But the children in such cases are routinely placed in foster care, not institutionalized. And it is for their own protection.)

In this case, however, the U.S. has long attempted to keep even illegal immigrant families together while their cases are being investigated and settled. This new practice of separating children from their parents seems to be punitive and aimed at frightening potential immigrants from coming to the U.S.

What’s next, then? Will the U.S. administration round up undocumented families around the U.S., separate them, and incarcerate the children? What to do with the families, including the children, if their home countries do not want them back?

One cannot help thinking of Nazi Germany in the mid-1930s. Anyone who knows anything about that situation knows that Hitler and his henchmen wanted England and other countries to take all the Jews and other “undesirables” (as they called them) away, to absorb them into their own countries and empires. The creation of concentration camps for them was “justified” on the grounds that they were no longer citizens and other countries would not take them, so they had to be “protected” from their neighbors and segregated from the “Aryan” population for their own good as well as for the good of the German nation as a whole.

Some Nazi officials, after the war ended, defended the Holocaust by claiming that it would not have been necessary had other countries received the “undesirables”—Jews, Gypsies, Jehovah’s Witnesses, et al.

Of course we now laugh with scorn at such defenses, but the Nazis who perpetrated these crimes actually believed they were necessary. Heinrich Himmler is known to have given a speech to SS officers in which he defended what we call the Holocaust and claimed it was evidence of Germanic superiority that, in spite of having to do this, their hearts remained pure and their consciences clean.

Where is the line over which the U.S. would step from managing the problem of illegal immigration into crimes against humanity? Is anyone asking that question? We all should—even if we do not think that line is being crossed yet and never will be crossed. It’s a question we should face every time we contemplate war or mass incarceration.

What will history say about us in the future? Will separation of children from their immigrant parents and mass incarceration of them be judged as “necessary?” I have trouble imagining that. We are a rich country that can afford to keep immigrant families—even illegal immigrant families—together and then deal with them as units. We talk much about “Family Values,” but this practice of separating families at the border is directly contrary to that. And it is cruel.

The attempted justification of the practice by some administration officials by quoting Romans 13 is simply laughable (with irony and ridicule)—as if all laws are automatically just and right. No biblical scholar or Christian theologian has ever thought that. That would have meant that ancient Christians in the Roman Empire should have worshiped the emperor when that was made legally required.

One has to wonder not only about the authenticity of some U.S. administration officials’ Christianity but also about their sanity—when they use the Bible to defend cruelty to children.

June 21, 2018 Does the Bible Require the Christian Always to Obey Laws?
Recent Comments
0 | Leave a Comment
"But there IS a “fall.” I didn’t deny the fall. It’s a fall from essence ..."
Roger Olson Let’s Talk about Original Sin–Theologically
"Who gets the glory IF God’s kingdom appears in some degree or manner? God or ..."
Roger Olson The “Joker” Begins: Why Do Almost ..."
"I happen to know a significant portion of the Baptist General Conference ministerium tried to ..."
Roger Olson The “Joker” Begins: Why Do Almost ..."
"I recall something like that—from Billy’s autobiography Just as I Am (which I reviewed for ..."
Roger Olson Every Church Needs a Joker (And ..."
Browse Our Archives
get the latest updates from
Roger E. Olson
and the Patheos
Evangelical
Channel
POPULAR AT PATHEOS Evangelical
1