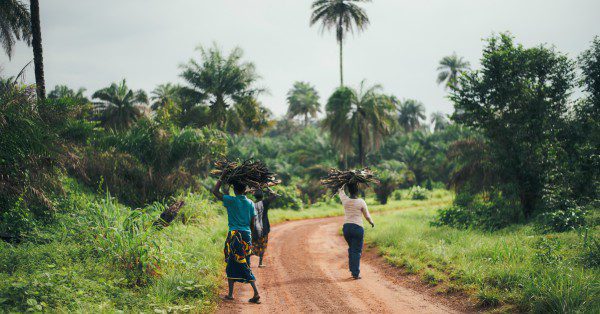 For some years now many liberal academics in Europe and America have been loudly decrying “neo-colonialism,” the continuing tendency of many European and North American countries to dominate Global South/Two-thirds World cultures and countries. “Hands off!” well summarizes the attitude. “Let them be totally self-determining.” I couldn’t agree more—but with an honest qualification.

I think many of these liberal-leaning anti-neo-colonialists have a problem they don’t acknowledge. They don’t really want to leave all those Global-South/Two-thirds World cultures and countries alone to be totally self-determining. They want to use the United Nations, for example, to force them to adhere to Western, liberal, values and social norms. In some cases, such as female genital mutilation, I agree. But I also see the irony of it all.

Why don’t we say instead “We want you Global South/Two-thirds World cultures and countries to be self-determining except where we think you are wrong?” That would be honest.

Some years ago I met and heard speak a totally honest anti-neo-colonial anthropologist. He claimed to be a Christian but was clearly a cultural relativist. I heard him speak and then was privileged to interact with him in a small group setting for hours that evening. I won’t name him here. This man, a medical doctor as well as an anthropologist of some renown, told story after story of his work among indigenous peoples around the world. His “job” was to understand the benefit of modern medicine insofar as possible without interfering with their cultures.

One story he told will always stick with me. He related that as he was working among a tribe in Africa, in their villages, he noticed that sometimes when the men returned from hunting, they physically beat up their wives and other women. He inquired about this practice and found out the reason. The men assumed that if they did not kill any game during the hunt the women in the village had made too much noise, waking the spirits of the animals they had killed and eaten earlier, and those animal spirits went out to warn other game about the hunters. He stated unequivocally that he did not believe it was any of his business, or anyone else’s business, to interfere with this traditional tribal practice.

I asked him in private (or among a very small group in the evening) what he thought the British should have done in India when they encountered Sati—the practice in some Indian places of burning widows. He declined to answer directly and only would say the British shouldn’t have been there in the first place.

In today’s Western academic world, anti-neo-colonialism is extremely popular with “colonialism” being defined very broadly—often to include any interference in non-Western cultures that robs them of absolute self-determination. I’m all for cultural self-determination, but I don’t think that ideal and norm should be made absolute. Apparently neither do most Western academic anti-neo-colonialists. When it comes to female genital mutilation, for example, they could not possibly be more outspoken about stopping the practice in any way possible without violence. I agree with them about that; where we disagree is about whether they are being consistently anti-neo-colonialist.

I believe the West, by which I mean Europe and North America and places mainly influenced by those cultures (e.g., Australia, New Zealand), has very much to offer the world. We have not always done it well; we have been far too imperialistic about the good things we have to offer which have to do with human rights and the value and dignity of every human life.

I also believe the cultures of the Global South/Two-thirds World have much to offer the West and its cultures. Dialogue is the key, not domination or silence. Occasionally, as in female genital mutilation (and I would also say required circumcision of boys in early adolescence), we should speak out against it, just as we should listen when our Global South/Two-thirds World fellow human beings speak out to us about our ways of mistreating people and the earth.

All that is simply to say that I am frequently bemused (that’s not really a strong enough word but I’ll stick with that for here and now) by my fellow Western academic anti-neo-colonialists who say one thing and do another.

July 3, 2018
What Is the Difference Between an Illegal Immigrant and a Refugee?
Next Post 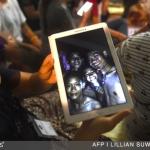 July 10, 2018 For the Thai Boys: Thanks Be To God! For the Hispanic Refugee Children: Please, God, Bring Deliverance
Recent Comments
0 | Leave a Comment
"You are misreading me or intentionally or unintentionally going off topic. I never said there ..."
Roger Olson Non-Violent Revolution Is Possible
"Excuse me again, my valued conversation partner. You are not an evangelical Christian. My essay ..."
Roger Olson Now I Support Government Funding of ..."
"Did I denounce the destruction of property? I said it’s a very bad idea/tactic if ..."
Roger Olson Non-Violent Revolution Is Possible
"Who insisted on that? I certainly didn’t. Why are you suggesting that I did? I ..."
Roger Olson Words of Caution and Advice for ..."
Browse Our Archives
get the latest from
Roger E. Olson
Sign up for our newsletter
POPULAR AT PATHEOS Evangelical
1