Can Prayer Change God (Yes and No)

Can Prayer Change God? (Yes and No) 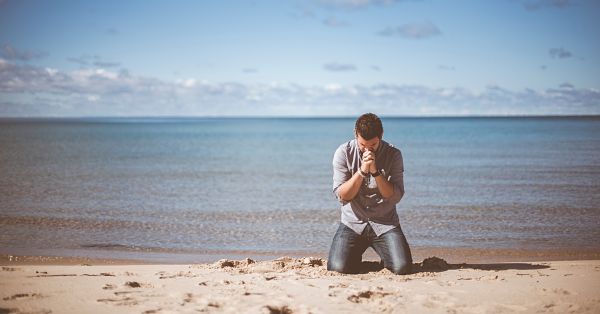 If I were to write another book about Christian clichés (folk religion) I would include a chapter on this very popular one: “Prayer doesn’t change things; it changes me.” Or sometimes it goes like this: “Prayer doesn’t change God; prayer changes me.” Over the years, but very often recently, I have seen or heard this cliché—in sermons, on Facebook, in casual conversations. It has become a kind of stock cliché that rarely receives any pushback or criticism. Most people who hear it nod their heads solemnly as if it’s obviously true.

But there’s a problem with this cliché. The Bible is full of examples of prayer changing things and even God! No, not changing God in his nature or character, but changing God’s plan and bringing it about, because someone prays, that God does something he would not otherwise do. Jesus seemed to teach this about prayer in some of his parables.

So where does this idea, expressed in this common folk cliché, come from? Well, I don’t know. Like most popular clichés its origin seems to be lost. I will say, however, that it is completely consistent with the theology of Friedrich Schleiermacher who, his great systematic theology The Christian Faith, argued that petitionary prayer is an immature form of prayer because it implies a dependence of God on us and the essence of religion is our dependence on God.

“The fact that God yields to human petitions, that he alters his intentions and follows the bent of our prayers, is not a sign of weakness. In his own majesty and in the splendor of his might, he has willed and yet wills it so. He desires to be the God who has been made flesh in Jesus Christ. Therein lies his glory, his omnipotence. He does not then impair himself by yielding to our prayer; on the contrary, it is in so doing that he shows his greatness.

If God himself wishes to enter into fellowship with humankind and be close to us as a father is to his child, he does not thereby weaken his might. God cannot be greater than he is in Jesus Christ.” (Prayer, Westminster John Knox Press, 2002)

Barth’s view is the more traditional one; for many centuries—back into “Bible times”—God’s people have believed in the efficacy of prayer as well as the sovereignty of God. Of course prayer is not magic; it does not manipulate God. But prayer has always been believed to have the power, because God grants it, to “move” God to act.

The great irony is that the cliché “Prayer doesn’t change God; prayer changes me” is most often repeated and received uncritically within conservative, even evangelical, Christian circles. Why?

July 15, 2018
Is God Necessarily the All-Determining Reality?
Next Post