Is Trump “Our Cyrus?” A Critical American-Christian Explanation and Response

Is Trump “Our Cyrus?” A Critical American-Christian Explanation and Response 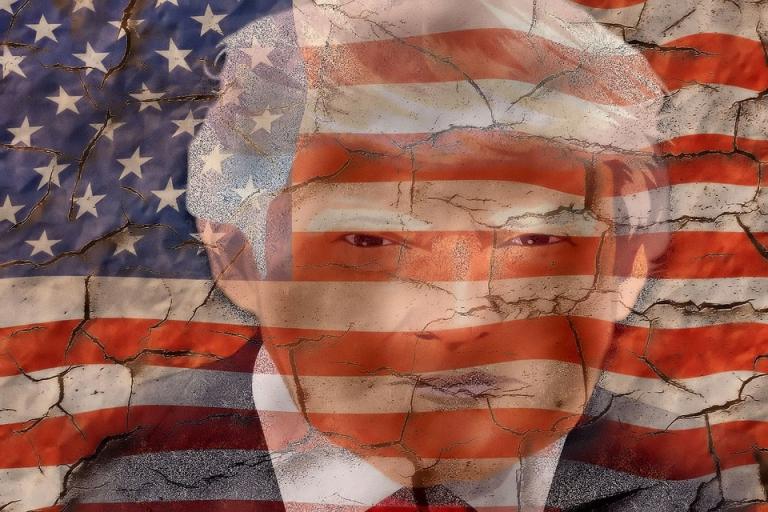 Over the past year many researchers have asked evangelical Christians who voted for Donald Trump for president why they did it—given his somewhat unsavory past in terms of morality (as understood from a traditional Christian perspective). As more of that has come to light, evangelical Christians who support Trump as more than “just another president” but as something of a messianic figure have been pressed to explain why.

A growing common answer is “He’s our Cyrus.”

One story has it that the first such comparison was made by Israel’s prime minister Benjamin Natanyahu when Trump moved the U.S. embassy to Jerusalem. Among Trump’s evangelical supporters there is a strong contingent of Christian Zionists—Christians who believe the Jewish State of Israel is part of God’s “end time plan” to save the Jews who are still God’s favored people.

I grew up among Christian Zionists and am very familiar with this worldview. Many American fundamentalists and Pentecostals (and the line between the two is difficult to identify) are dispensationalists. Dispensationalism is a theology that regards the gentile church as secondary to Israel in God’s overall plan for world redemption. (Don’t ask me to explain that further; look it up and read about it.)

Apparently, many evangelical Christians and probably some Jews are embarrassed by the almost daily revelations of Trump’s alleged sexual and financial problems. Some are coming to realize he is not and probably never will be “one of them.” Some are even saying openly that he has probably never been a Christian—as they once thought he was.

Increasingly popular among evangelical Trump supporters is the identification of him as “our Cyrus”—borrowing from Netanyahu. What do they mean?

Cyrus was, of course, the emperor of Persia who died in 530 BC. During his approximately thirty year reign he released the Hebrew people in exile to return to Jerusalem and rebuild the temple that was destroyed earlier by the Babylonians. He is mentioned in the Hebrew Bible several times and always favorably. There is one obscure passage in Isaiah that even attributes messianic qualities to him.

Generally speaking, the Hebrew people did not consider Cyrus one of them, of course, but a powerful ally—and one raised up by God to deliver them from exile and bondage. Apparently Cyrus respected religious rights throughout his empire.

What now do evangelical Trump supporters mean when they refer to him as “our Cyrus?”

Well, they may mean different things, but those different things have one thing in common. They regard him as a person who is not one of God’s own people (Jewish or Christian) but an instrument of God to deliver Israel and American evangelical Christianity from persecution.

But even more to the point, many evangelical Trump-supporters who call him “our Cyrus” mean that, even though he is not a Christian and his character is highly questionable, he is a pagan raised up by God to deliver and defend American Christians and “Christian America” from the secular and even anti-Christian political “left” that is determined to criminalize true, real, authentic Christianity (as they believe is already happening in some European countries and in Canada). Their hope and belief is that Trump will appoint federal judges and Supreme Court judges who will “undo” Roe v Wade and gay marriage and free Christians (and others) to refuse to do business with gays.

These people see themselves as a remnant of the conservative Christianity that once made America truly great. And they look at some European countries and Canada where some laws have been passed that could make them criminals if those laws were passed here. (In a highly debated incident a Norwegian Pentecostal pastor was jailed overnight for publicly declaring homosexuality sin.) Their view of American history is a downward slide toward not true pluralism but suppression of traditional Christian values. They truly believe that Trump, even if he is immoral and criminal (the latter has not been proven, of course), was raised up by God to reverse the trend in American culture toward total decadence and hedonism. But even more, they believe God raised up Trump not because he is one of them but because he hears them and will put a stop to efforts by government bureaucrats in Washington, D.C. (e.g., in the Department of Education) to persecute Christians.

A very big question is whether these pro-Trump Christians are right about 1) the alleged slide of American internal public policy toward anti-Christianity, and 2) Trump’s good intentions toward them and their concerns.

Not very long ago I was receiving frequent e-mails from a conservative evangelical relative with embedded links to web sites allegedly showing favoritism by the U.S. government toward Muslims (inside the U.S.). This was during the Obama administration. This relative was clearly more than alarmed by what he saw as the U.S. governments’ (plural to indicate various levels of government) favoritism toward religious and other groups hostile to Christianity. One of those links was to a web site that purported to show a large group of Muslim men in Middle Eastern dress being given the right by New York City government to shut down a busy Manhattan street to pray towards Mecca. Allegedly, around the same time, a Christian church had been denied a permit to hold a public event on city property.

I don’t know whether these pro-Trump Christians are right about either of their answers to the two questions I posed above. I only offered that one event—which they believe signaled a positive answer to the first question—as an illustration of their fearful mindset.

Personally, I very much doubt a positive answer to the second question. Personally, speaking only for myself, I believe President Trump only cares about power. I have not seen any real principles—other than “Make American great again” (with an implied “and me, too”). I strongly suspect that he is manipulating his conservative Christian “base” and would turn on them in a moment if it suited his agenda to be powerful.

September 1, 2018 Two Spiritual Books You Ought to Read
Recent Comments
0 | Leave a Comment
"I generally find myself voting for the lesser of two (or more) evils. The last ..."
Roger Olson We Are Now Headed into New ..."
"Someone once said that God can strike a heavy blow even with a crooked stick. ..."
Roger Olson R.I.P. Hans Kueng (1928-2021)
"I am guessing you voted democratic... From what I am hearing from you now, it ..."
Ashwin We Are Now Headed into New ..."
"Roger, I find your perspective on Kung interesting if not surprising. I suppose as a ..."
Ken Duncan R.I.P. Hans Kueng (1928-2021)
Browse Our Archives
get the latest from
Roger E. Olson
Sign up for our newsletter
POPULAR AT PATHEOS Evangelical
1

Evangelical
How This Blog Came to Exist and Why...
Roger E. Olson

Evangelical
A Proposed Response to the Flood of Immigrants
Roger E. Olson
TRENDING AT PATHEOS Evangelical