Why the Mega-Church Model Isn’t Working

Why the Mega-Church Model Isn’t Working 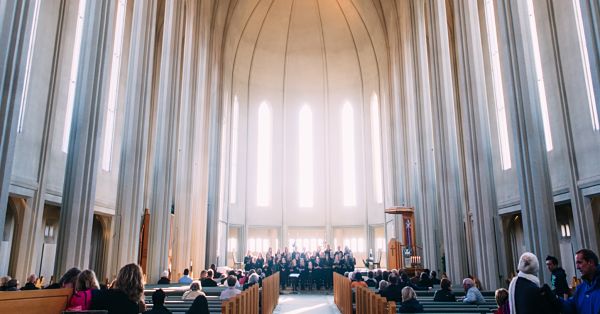 In recent years several founders and leaders of evangelical, independent mega-churches have fallen off their celebrity-pastor pedestals hard. It’s happening again, right now, at perhaps the best-known and most influential of them all. As usual, I am not going to name names here. My interest is not at all in spreading gossip or even revealing factual information that might cause more pain to families (both biological and faith). Many of you will know what churches I’m talking about. Others can investigate the problem using an internet search engine. The most recent revelations and fallings out are being published in the New York Times.

I have never been a fan of independent mega-churches led by celebrity pastors not accountable to anyone outside their own organization. But these have become extremely popular in America in the past twenty-five years. All over the country they have popped up and people are flocking to them. They often offer great religious entertainment and a place to “hide” if all you want to do is attend church and never be asked to do anything.

Several of these independent mega-church’s celebrity pastors have fallen hard lately. They have been accused of being overly authoritarian, involved in sexual affairs outside of marriage, sexual harassment, and heresy.

It is my considered opinion that power, celebrity, and unaccountability are dangerous to one’s spiritual and moral well-being. And that includes Christians. I’m never really surprised when an independent celebrity pastor or evangelist or other religious leader not accountable to anyone outside his or her own organization falls. I’m not suggesting it always happens. There have been many such independent celebrity pastors not accountable to anyone outside their own organization who have retired with an unstained record. However, it does seem that a surprising number of such men do fall and fall hard—and often take down lots of people with them.

I could right now name at least ten evangelical, independent mega-churches with very high profiles (nationally known) that have suffered this syndrome and some of them have simply closed their doors as a result.

The only solution is for people to stay away from churches led by people with no accountability to anyone outside their own church—especially if they are powerful, famous, and almost worshiped by their congregants.

If I were looking for a church to join and I found one without any kind of accountability to anyone outside the congregation I would strongly suggest that the pastor, at least, be voluntarily accountable to someone who can step in, as it were, and intervene if a congregant has good reason to believe the pastor or other leaders of the congregation are acting immorally, illegally or in an overly authoritarian manner.

In fact, I’ve seen this work.

There’s no panacea for the problem I’m raising here; even a denomination can be corrupt.

Some years ago, however, this problem became so pervasive and serious that a group of evangelical organizations founded EFCA, the Evangelical Council for Financial Accountability. I would not give money to any organization that did not belong to that or some similar accountability organization.

The underlying problem here is Americans’ obsession with celebrities, “bigness,” entertainment, and “success.” This obsession has obviously filtered into American religion and, sadly, even into American evangelical Christianity.

Some years ago when the “mega-church model” became widespread and more such independent mega-churches led by celebrity pastors popped up and evangelicals began flocking to them several well-known and influential evangelical theologians raised very strong objections to the trend and to the model itself. These objections appeared in the pages of influential evangelical publications, but, ultimately, they fell on deaf ears. The trend continued and grew and is now pervasive in American evangelical Christianity.

My suggestion is that people (and I’m talking primarily to evangelical Christians) be much more suspicious than they tend to be—about powerful, celebrity spiritual leaders who are not accountable to anyone but themselves and their handpicked boards (“yes men”).

August 6, 2018
A Paradigm Shift in Christian Theology: What It Means to Say "God is Jesus"
Next Post