Does God Always Get His Way?

Does God Always Get His Way? 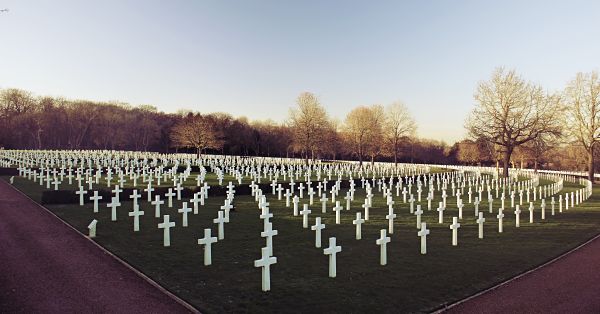 If there is one main point of confusion among American Christians (and other monotheists) it is this—the belief that God must always get his way in everything that happens. We all know the story of the first sentence communicated via telegraph line. According to the story (which may be legend) the inventor of the telegraph, Samuel F. B. Morse, demonstrated his invention by sending the message “What hath God wrought?” from Washington, D.C. to Baltimore, Maryland. The response from his assistant in Maryland was the same question.

We all also know that insurance companies in the U.S. used to exclude “acts of God” from property insurance policies. An “act of God” was a tornado, flood, hurricane or earthquake.

I can tell you from personal experience of teaching Christian theology to both undergraduate and graduate students in three Christian universities over thirty-seven years that most of them express surprise and some dismay when I tell them God does not always get his way.

And yet, many of the same people who claim to believe that God always gets his way in everything, is never dismayed or disappointed but looks down on every detail of history and each person’s life and says to himself “That’s what I planned to happen,” choke when I mention the Holocaust or the abduction, torture and murder of a child.

I do not believe that God always gets “his way” and yet, at the same time, I believe nothing can ever fall completely outside the scope of God’s providential sovereignty. However, what I mean by “God’s providential sovereignty” is not the same as what many others mean. On the basis of Scripture, tradition, reason and experience (the so-called Wesleyan Quadrilateral), with Scripture having primacy but tradition, reason and experience “kicking in” when Scripture is not absolutely clear, I believe we must make a distinction between God’s antecedent will and God’s consequent will.

God’s antecedent will is how he wishes the world were and God’s consequent will is what he allows it to be.

Is Scripture crystal clear about God’s sovereignty in relation to sin and evil? Apparently not. Equally devout and Bible-believing Christians have always disagreed—sometimes with themselves! Recently I have been reading the church fathers again. Many of them, in one book, sermon or letter, will affirm both meticulous providence (that God always gets his way in everything) and that our prayers must help God defeat evil which is not God’s will. It is apparent to me that the early church fathers either did not recognize this contradiction as a contradiction or believed it is a paradox to be embraced.

One thing jumps out at me from all the church fathers before Augustine in his later writings (written around 420). They all believed strongly in free will. A case can be made that Augustine also always believed in “free will” but with him compatibilism crept in. That is, in his later writings he seems to have believed that “free will” only means doing what one wants to do and not that he could do otherwise. I believe this was Augustine’s innovation into Christian theology; I don’t find it in earlier church fathers.

Scripture itself seems to wear both aspects and I don’t know how to explain that. On the one hand, Scripture tells us that God takes no delight in the death of the wicked (Ezekiel 33:11) and that Jesus wept over Jerusalem’s rejection of him (Luke 19:41-44). On the other hand, Scripture tells us that God creates both weal and woe, good and evil (Isaiah 48:7) and that each person’s death is appointed by God (Job 14:5).

I like honesty and, at the beginning of a class on theology, I tell students that Scripture is not always as clear as we wish it were. And then, tongue planted firmly in cheek, I tell them that’s why there are theologians. But I’m more than half serious.

This problem of the apparently double aspect of Scripture about God’s sovereignty and providence seems not even to be noticed by most Christian lay people. Throughout my life I have heard the same people say “God knows what he’s doing” in the case of one calamity and ask “Where is God?” in the case of another one. (Usually the latter question pops out when their diagnosis is terminal or a loved one dies or there is some horror in the world they simply cannot bring themselves to attribute to God.)

Interestingly, many people lose faith in God, quit believing in God’s existence or God’s perfect goodness, when calamity strikes close to home. I once knew a seminary professor who became an atheist when his son died. On the other hand, many people take comfort in the belief that even the most tragic event, even close to home, is “from God.”

Many pastors avoid taking a definite stand about this question (viz., Does God always get his way?) because they know their congregation includes people with differing very strong beliefs about it. They don’t want to injure someone’s faith in God or attribute sin and evil, calamity and disaster, to God. So they avoid the subject. But then, of course, a time comes when the question cannot be avoided, when a parishioner is suffering a terrible calamity and asks the pastor “Where is God in this?” Many cop out by refusing to answer except by saying “He’s here with you.” That may suffice for some folks for the moment, but many later want a better answer, one that actually addresses their inner fear that either God doesn’t exist or doesn’t care.

I believe this is where reason must kick in and inform our belief. Let’s jump right to the most extreme case: Did God get his way when Adam and Eve sinned? (I will decline to get into the details here about the literal versus non-literal interpretations of Genesis 3. The question is still relevant even if “Adam” stands for humanity. The question then is simply “Does God get his way when someone sins?”) Is sin itself, rebellion against God, God’s will?

One of my favorite theologians is little known (outside of South Africa) Reformed theologian Adrio König. In his wonderful book Here Am I! A Believer’s Reflection on God (Eerdmans, 1982) this Reformed theologian wrote: “To try to interpret all…things by means of the concept of a plan of God, creates intolerable difficulties and gives rise to more exceptions than regularities. But the most important objection is that the idea of a plan is against the message of the Bible since God himself becomes incredible if that against which he has fought with power, and for which he sacrificed his only Son, was nevertheless somehow part and parcel of his eternal counsel. So it is better to proceed from the idea that God had a certain goal in mind (the covenant, or the kingdom of God, or the new earth—which are all the same thing viewed from different angles) that he will achieve with us, without us, or even against us.” (199)

Here König claims to appeal to the Bible against belief that all things are God’s will and happen according to a predetermined plan. He’s not wrong, but his appeal is also and just as much to reason. In other words, what he is saying is that a reasonable interpretation of the Bible as a whole must set the literal, “on the surface,” meaning of certain Old Testament passages aside and “go with” who we know God to be overall on the basis of the whole of Scripture and especially Jesus Christ. And, implicitly, anyway, he is appealing to the law of non-contradiction because (as he explains elsewhere in the same volume) people who claim to believe our perfect good God planned sin and evil and rendered them and all their consequences certain cannot logically sustain that belief unless they are willing to detract from God’s perfect goodness.

Does God always get his way? No—unless by “way” we include and mean God’s consequent will which allows things to happen that are contrary to his antecedent will.

Recently I have been reading (actually listening to) Stephen King’s novel Desperation which is his most theological (of all that I have read or listened to). As usual, evil turns up and is very strong. A ten year old boy who knows God explains to an atheist “the covenant of free will”—that God cannot unilaterally stop every evil things from happening as long as people have God-granted free will. King’s theology, such as it is, in Desperation reminds me of my friend Greg Boyd’s book Is God to Blame? (The analogy falls apart, of course, when King has the boy say that God is cruel. King isn’t a theologian and so doesn’t have to explain himself.)

So what is my point here? It is aimed at Christian pastors, preachers, teachers and anyone else who cares. Stop believing that God always gets his way in everything that happens unless you hold in your mind the belief that “his way” includes consequent or “permissive” will—which is not what most people mean when they spout the clichés about God “knowing what he’s doing.” Step up to your pulpit or lectern or whatever and dare to instruct people under your influence that God limits himself and that all true evil, including sin and innocent suffering (e.g., of children), are not God’s perfect, “antecedent” will. Prepare yourself to answer questions about the Old Testament passages referenced above. You will need to say something. Don’t brush them off; say instead there are many passages of the Old Testament that we cannot understand and should not build a whole theology of God on.

September 1, 2018
Two Spiritual Books You Ought to Read
Next Post