The Many Faces of Socialism

The Many Faces of Socialism September 23, 2018 Roger E. Olson

The Many Faces of Socialism 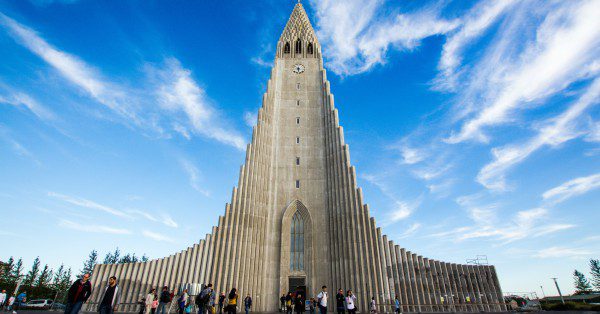 Let’s talk about “socialism.” Especially since Senator Bernie Sanders ran unsuccessfully for the Democratic nomination for president of the United States this word, which he uses for his own economic policies and proposals, has been bandied about and, I fear, greatly misunderstood by many people. Sanders has made clear that what he wants is “democratic socialism.” In most conversation I have overheard the “democratic” has been dropped and Sanders has been accused (or sometimes applauded) just for promoting “socialism” as if “socialism” has a clear and distinct meaning. It does not.

Sidebar: The opinions expressed here are my own (or those of the guest writer); I do not speak for any other person, group or organization; nor do I imply that the opinions expressed here reflect those of any other person, group or organization unless I say so specifically. Before commenting read the entire post and the “Note to commenters” at its end.*

The traditional “dictionary definition” of “socialism” is “public ownership of the means of production.” But that alone hardly tells us very much because there are degrees of such ownership. Water, for example, is a necessary means of production but in most of the United States the water supply (from water sources such as reservoirs through water treatment plants and into homes and businesses) is owned and controlled by governments.

Obviously, then, the semantic range of “socialism” is very broad. It would be helpful if all people who utter the words “socialism” or “socialist”—including Senator Sanders—would be very specific.

So let’s start with Sanders’s “democratic socialism.” What does that mean? It remains unclear to me exactly what he wants in every detail. But whatever his “socialism” is, he intends it to be “democratic” which means not imposed but embraced voluntarily—by the people. Opponents of all flavors and types of socialism seem to forget (if they ever knew) that we in America already have some elements of socialism that are embraced by the majority. For example, free public education paid for by taxes. For example, roads and highways for use by all people but paid for by tax dollars. (I once worked for a member of the John Birch Society who wanted all roads and highways in America to be toll roads—owned and controlled privately. As I recall, he wanted everything privatized except the military.) For example, water supplies from publicly owned reservoirs and wells and (in some places) compulsory trash collection (paid to a government entity such as a “Solid Waste Department” of a city or county).

Socialism can obviously come in degrees of “public ownership of the means of production” and together with different political systems. Some socialist countries are one-party dictatorships in which the government owns everything and citizens are given a living allowance by the government. In some of those countries private property is non-existent. But that is usually called “communism” even if those countries call themselves “socialist.”

So, practically speaking, in terms of actual usage, “socialism” is a very unclear term. It should always be qualified, explained, when used.

Then, “socialism” was virtually equated with “communism”—or at least with a “slippery slope” destined to end in communism. Some people today seem still to think of it that way.

Another term often bandied about is “mixed economy.” As with “socialism,” it’s unclear without explanation. It usually means an economy that is a hybrid of capitalism and socialism. I know from living in Europe “on the economy” (not on a military base) that many Europeans consider their socialism a hybrid of communism and capitalism and they label it “democratic socialism.” I see very little real communism in it.

For example, in many European countries all citizens and resident aliens are required to have health insurance. When I moved to Germany to live for a year I had to meet with a local government official and prove that I had health insurance (and the money to go home). (I was applying for resident alien status.) But even more, governments in Germany and other European countries have laws that govern when stores can be open and when they must be closed, about wages, about what a business or home owner can and cannot do with owned buildings, etc. But private property abounds as does profit. However, due to government controls it is extremely difficult to become a billionaire as it is extremely difficult to become homeless without insisting on it. (I am talking here about citizens, not illegal immigrants who are not supposed to be in the country.) When we lived in Germany neighbors asked us if we had applied for “Kindergeld”—a monthly allowance paid by the government to parents of children for each child. We did not because we were not paying taxes; we had no earned income in Germany that year.

Without doubt, all forms of socialism aim at reducing the gap between the rich and the poor, the “haves” and the “have nots.” A “mixed economy” usually aims at the same but without abolishing private property or the economic incentives to invent and produce goods. A mixed economy can lean one way or the other—towards more radical socialism or toward more laissez-faire capitalism. During my lifetime in the U.S. I have seen our economy stagger back and forth between those two “leanings.” I well remember when the federal government imposed price and wage controls during rampant inflation (1970s). If that wasn’t a form of socialism, I don’t know what to call it. But few people cried out against it because the economy was spinning out of control.

When Senator Sanders advocates for “socialism,” I hear “mixed economy in which the government plays a stronger role in governing the economy—to reduce the always growing gap between the rich and the poor.” I hear “democratic socialism” as it exists, for example, in Great Britain and much of northern Europe. (Iceland, for example, recently passed a law requiring that women be paid the same as men for the same work. That is an element of socialism, but Iceland is a democratic country and certainly not communist!)

I find very few Americans understand this complicated problem of the many meanings of “socialism.”

Is socialism of any kind and degree anti-Christian? Some Americans would say so. But as I look back in church history I find some interesting exceptions. Some of the church fathers, after Constantine, if not during his reign, called for the empire to spread the wealth around more equitably. St. John Chrysostom favored public works to employ the unemployed and harshly criticized great wealth and luxury. During the Reformation, of course, many Anabaptists and other “radical reformers” created socialistic communities. Of course, the socialism in them was voluntary—unless you were growing up in the community. Lutheran pastor and theologian Philipp Spender (late 17th and early 18th century) believed it was the job of government (in his case Prussia) to make sure every able-bodied person who wanted to work was employed. “Christian Socialism” flowered in Great Britain, Europe and America in the late 19th and early 20th centuries. Not only liberal theologian Paul Tillich but also conservative Pietist pastor, evangelist, theologian Christoph Blumhardt promoted socialism.

I suspect, although I cannot prove, that the budding Christian socialist movement in America (the “Social Gospel”), was crushed by fear of Soviet-style communism during the Cold War. And, of course, many celebrities who favored a more socialist style of economics in America were labeled “fellow travelers” (with communism) during the Cold War. And yet, throughout the 20th century America has adopted socialist-style adjustments to laissez-faire, market-driven and “free market” economics—much to the chagrin of many people.

I personally think it would be best for Senator Sanders (for example) to drop the word “socialism” from his vocabulary (as a label for his own economic views) because the word is so widely misunderstood as a synonym for communism. To most Americans “democratic socialism” is an oxymoron. And yet, just as I will not surrender “evangelical” to one party among evangelicals (to which I do not belong!), I understand if Sanders is not willing to give up using socialism. But he (and others) need to explain it carefully—if they can get any of the U.S. media to give them the amount of time and space to do so.

September 19, 2018
A Call for Protestants Everywhere to Take "Marriage" Back from the State
Next Post

September 26, 2018 What Is "Situation Ethics?" What Should Be a Christian's Response?
Recent Comments
0 | Leave a Comment
Browse Our Archives
get the latest from
Roger E. Olson
Sign up for our newsletter
POPULAR AT PATHEOS Evangelical
1