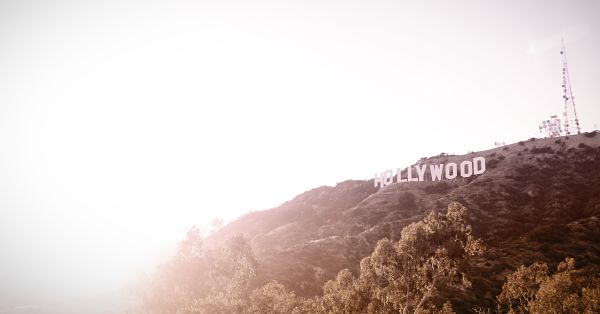 One of my main complaints about the American media—both “news” and “entertainment” (and the line between the two is increasingly blurred)—is their tendency to get religion wrong. Often these are journalists who have easy access to religion scholars and don’t use them (us). Often these are entertainment writers of television (or other broadcast or streaming media) programming.

Here’s the essence of my complaint (in a nutshell): Far too often they use the adjective “fundamentalist” or to describe churches and people who do not fit the category “fundamentalism” historically-spiritually-theologically defined. Going a step further, my complaint is that they often simply use “fundamentalist” for any religious person or group they perceive as strict or fanatical in some way. This is simply too broad for the term and the category to be meaningful.

I well remember the first time I heard “fundamentalist” used wrongly by a journalist. The time frame was the 1980s and the situation was the take-over of Iran by the followers of Ayatollah Khomenei. On a national (American) network news program a talking head referred to Khomenei and his followers as “fundamentalist Muslims.” During that time I was a Ph.D. student in Religious Studies and was already quite knowledgeable about American religion including the history and theology of fundamentalism. I had never heard or read any non-Christian described as “fundamentalist.” I was shocked and dismayed.

You may ask why I was shocked and dismayed. Well, of course, putting the label “fundamentalist” on radical, militant, possibly terroristic Muslims would inevitably lead the American public to think that all fundamentalists are potential terrorists.

Besides, that was simply a wrong use of the label “fundamentalist.” Anyone who knows anything about fundamentalism knows that it arose in America (with simultaneous corresponding movements in Great Britain and Canada) as a militant (not violent) re-assertion of Protestant Christian doctrines in the face of the rise of liberal Protestantism.

Over the years I have heard or read these people described in news media as “fundamentalists”—certain Hindus, some Sikhs, some Catholics, and groups true fundamentalists would consider “cults” due to their radical rejection of orthodox Christianity.

Once I read C. S. Lewis described by a journalist as an “Anglican fundamentalist.” Another time I read in a newspaper that Oral Roberts (for whom I worked for two years) was a fundamentalist. I suspect many people think that at least Roberts, if not Lewis, fit the fundamentalist category. Not so. At that time, anyway, I was teaching theology at Oral Roberts University and heard Oral speak in chapel and read some of his books. I never met him, but I was close personal friends with people who worked closely with him. Believe me, he was no fundamentalist!

Most recently a prime time American television “crime documentary program” called the United Church of God—which follows the teachings of the late Herbert W. Armstrong—a “fundamentalist church.” True fundamentalists would consider any of the denominations that follow Armstrong’s teachings a cult (in the theological sense of the word). (The United Church of God was formed by former members of the Worldwide Church of God (now named Grace Community) when that denomination changed its theology be orthodox and evangelical—after the death of founder Armstrong. (Nothing I say here about the United Church of God is meant in any way to insult or demean it or its members. I have cousins who are members of the UCG. I only mean to point out that its doctrines are not consistent with true, historical fundamentalism.) Earlier in the two hour episode the presenter of the mystery referred to the church as “strict.” I assume, although I remain open to correction, that the writers of the program consider any “strict church” fundamentalist.

There are many problems with this use of “fundamentalist” but the main one I want to point out here is that this is simply dumb. I mean, it is part of the overall and general “dumbing down” of American culture about religion. There are too few labels and categories used and the ones they use become too “thin” to be very descriptive. To call the United Church of God “fundamentalist” is to loosen the label and category “fundamentalist” from history and theology entirely. It becomes nothing more than a label for any religious group that really takes its beliefs and life standards seriously. In that sense, then, one could label some liberal Protestant churches and people “fundamentalist!”

When I was his Ph.D. student a liberal Methodist professor of ethics displayed his “fundamentalist” (I’m now misusing the label) approach to religion by insisting that I be only critical of a certain theologian he didn’t like. (This was in the context of a certain research project I was going as part of my Ph.D. studies. This professor was going to grade my research and its product—a major research paper.) He let me know in no uncertain terms that this major essay/research paper had to criticize the world class theologian and his theological work. I am convinced to this day that the only reason was because the theologian I was studying was not liberal in his theology. (I would call his theology critically orthodox.)

In that sense, the media’s sense, my professor was a fundamentalist because he was militantly opposed to anyone and anything he considered not liberal—like him. But this is ridiculous. The media have not gone that far, but they may as well.

This is simply an illustration of one thing that is wrong with the American news media and journalism. With some exceptions, I suppose, they are ignorant of American religion. In the not-very-distant past almost every major newspaper in America had one religion reporter. So did news magazines. Where have they all gone? Why do reporters and editors and news writers not have in their address books at least one religion Ph.D. they can call on to check the facts—including labels and categories?

Yes, I know this is a pet peeve, but I don’t think it’s petty because it bears on the overall ignorance of Americans about religion. Most know very little, almost nothing, about any church or denomination other than their own (if they have one). Those who are “nones” are woefully ignorant of religion. And part of the blame for that falls on the media who do not even seriously attempt to “get it right” when talking about or portraying religious groups and individuals.

P.S. The particular “crime documentary” program in question here has my e-mail address; the producer knows me and could easily have suggested that the writer(s) e-mail me about The United Church of God so that they don’t misrepresent it. The fact that the married couple at the center of the story belonged to the United Church of God was played up as important to the particular segment of the two hour episode. So what would I have told them to say about it? “Strict” is okay, but I would have suggested they say it is a church that follows the teachings of the late Herbert W. Armstrong who was a famous televangelist considered unorthodox in his teachings by most Christians. That would have been informative. Calling it “fundamentalist” was misleading.

October 1, 2018
Back to Theology: Again with Arminianism
Next Post

October 7, 2018 Does Calvinism Justify Domestic Abuse?
Recent Comments
0 | Leave a Comment
Browse Our Archives
get the latest from
Roger E. Olson
Sign up for our newsletter
POPULAR AT PATHEOS Evangelical
1

Evangelical
Who Died on the Cross?
Roger E. Olson
TRENDING AT PATHEOS Evangelical