A New Name for an Old Fallacy: “Assailment-by-Entailment”

A New Name for an Old Fallacy: “Assailment-by-Entailment” 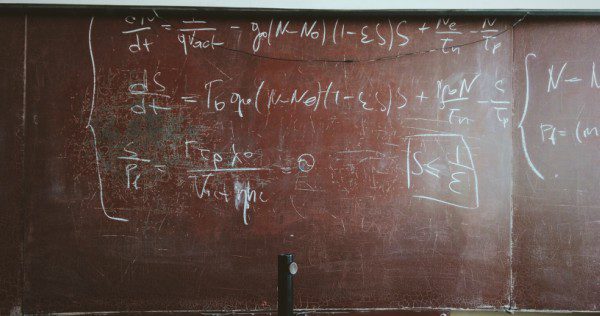 I receive a lot of e-mail from total strangers. Some of it is very helpful. Recently Nathan King, professor of philosophy at Whitworth University (Spokane, WA) e-mailed something very interesting and helpful. Along with his friend Robert Garcia (philosophy, Texas A&M) King has developed a name for one of the most common fallacies in theological polemics. (Of course it can be used and almost certainly is in many other fields and disciplines.)

King was reading my book Arminian Theology: Myths and Realities (InterVarsity Press) and came across my statement there that a guiding principle of discourse should be do not impute to others beliefs you regard as logically entailed by their beliefs but that they explicitly deny (paraphrase). (Page 41 of the book) I believe I made the same point in Against Calvinism (Zondervan).

King and Garcia published an essay about this fallacy that is in Jason Baehr’s volume Intellectual Virtues in Education (Routledge, 2016). They call the fallacy, which has apparently never before been described as a fallacy and named, “assailment-by-entailment.” I’m glad to know it has a name! (I like it when things have names.)

Personally, I find this fallacy being used often in theological polemics, especially among evangelicals and fundamentalists. Certain well-known evangelical polemicists (heresy-hunters) have used it frequently, sometimes against me.

For example, at the height and in the heat of the open theism controversy among evangelicals in the 1990s and first decade of this century some influential conservative evangelical theologians publicly labeled me an open theist even though I had said (and they knew it) that I was not. All I had done was argue that open theism is not heresy, that it is usually misunderstood, and that its evangelical proponents should be given a fair hearing. For that I was publicly labeled a “major proponent” of open theism and categories among the open theists. When defending open theism as not heresy and arguing that it should be given a fair hearing and well-understood before being condemned I always said I am not an open theist but that I am “open to open theism.” My treatment by certain very well-known conservative evangelical polemicists was an example of “assailment-by-entailment.”

Now, you may be asking “Who cares? Why does this matter?” Well, you would then need to inform yourself better about the consequences suffered by several evangelical open theists for expressing and defending it. The controversy has died down now, but at its height it involved heresy trials (I was dragged into one), open theists losing their teaching positions, people being forced out of professional societies, and evangelical institutions and publications putting open theists on a “black list” of people not to hire or publish.

One (now especially) very well-known and influential dean of a Baptist seminary (who no longer is on its faculty but has moved up in the ranks of Baptist influencers) actually invented a quotation, attributed it to me, and spread it in print to Baptist newspapers across the South. The false quotation was something to the effect that open theism is more biblical than the orthodox, traditional view of God. I never said that. When I called him and his boss on the false quotation and attribution they refused to withdraw or correct it. When I asked a “friend” at that seminary if he would work with me to get the false quotation corrected he said that he would not because what I said about open theism “entailed” the truth of the false quotation attributed to me.

Again, you might ask “Isn’t this all just a tempest in a teapot? What harm could that have done you?” Again, you would be ignorant of how evangelical politics works in America. My reputation and that of the institution where I teach was under attack. Not long after that incident and argument the Southern Baptist Convention, the largest denomination in the U.S. revised the Baptist Faith & Message ruling out open theism from the SBC’s seminaries and institutions. Many other Baptist and non-Baptist evangelical institutions followed suit by (for example) firing one open theist (who was hired knowing he was an open theist) and banning others from being hired or (in some cases) published.

Over and over again I have experienced this assailment-by-entailment fallacy in conservative evangelical books, articles, blogs, podcasts, and papers read at professional society meetings. Arminians have been accused of denying God’s omnipotence; open theists have been accused of promoting belief in an “ignorant God” and denying God’s omniscience. Often these accusations have not been accompanied by any intellectually honest explanation of the fact that all Arminians believe in God’s omnipotence and all open theists believe in God’s omniscience.

Another area of theology where I have seen this fallacy at work is the Bible. Many conservative evangelical polemicists have accused fellow evangelicals who do not confess that the Bible is without error (inerrancy) of believing that God “lied.” Yet another area of theology where this fallacy appears is Christology. Some conservative evangelicals have accused fellow evangelicals who embrace the kenotic theory of the incarnation of denying Jesus’s full and true deity. Both of these are examples of assailment-by-entailment and, thanks to King and Garcia, the fallacy now has that name.

In America today (2018) we are experiencing a great deal of lying (“alternative facts”) by government officials. It has become a joke; people expect it and laugh about it. Assailment-by-entailment is a form of lying and it is no joke. It is bearing false witness—especially when used as a tactic to harm someone’s reputation or career. This assumes, of course, that the perpetrator of the fallacy knows better or should know better. In the cases I describe above and many more this was and is the case. Many conservative evangelical polemicists know or should know better. So their use of the fallacy is dishonest and sinful.

Had I had a blog in 2000 when the very well-known Baptist leader invented a quote and attributed it to me and disseminated it to state Baptist newspapers through a Baptist news agency for which he wrote I would have exposed him on it then and there. Over the years I have considered doing so still. I still have all the materials. But, thank God, he seems to have moved on to better ethical ground and practice since then. I don’t want to start a war of words with someone who is now doing good work and has almost certainly changed his leopard’s spots. But I do try my best to expose such uses of the fallacy, such blatant dishonesty, here when I know about it—without naming names. In most cases people who really want to know whom I am talking about can easily figure it out by just using a search engine.

Like our present U.S. government, ultra-conservative evangelical (really fundamentalist) theological polemics, even in public print, include “alternative facts.” These people, within their own subculture, get pats on the back and “points” for exposing heresy where no one has before discovered it. And that is usually aimed at fellow evangelicals. People who knowingly use this fallacy to harm others’ reputations and careers ought to be called out for it. Sometimes they are; sometimes they are not.

Again, why does it matter? Well, what many evangelicals and non-evangelicals do not understand is that most “deep pocket supporters” of evangelical institutions are extremely afraid of anything that doesn’t sound conservative and that includes creativity in theology. I know from personal experience how they operate, putting tremendous pressure on administrators of evangelical Christian institutions to ban (if not fire) theologians, biblical scholars, and others who dare to step outside the narrow circle of fundamentalism.

I will end with one more anecdote to illustrate. Many years ago I was invited to address the presidents of the Christian College Consortium. I did and in my address I talked about the ever ongoing constructive task of theology: that we evangelical should not be afraid of change that is rooted in faithful but fresh biblical research. I argued for a “big tent” vision of evangelicalism and mentioned that I personally would embrace as fellow evangelical Christians some Oneness Pentecostals insofar as they were merely confused about the Trinity, willing to listen and possibly change their thoughts about the Trinity, and were clearly moving in the right direction. (This was at a time when some Oneness Pentecostal churches were separating from the United Pentecostal Church and knocking on evangelicals’ “doors.”)

After my talk the president of a flagship evangelical institution of higher education took my president aside and strongly suggested that I be fired for denying the doctrine of the Trinity. Fortunately my president saw this as what we now will know as the fallacy of assailment-by-entailment. I was not fired. Thank God people who hear or read such fallacies have a name for it.

December 17, 2018
Is It Time for American Christians to Bow out of the Culture Wars? Part 2
Next Post

December 24, 2018 What Do We Owe the Dead? A Question of Ethics
Recent Comments
0 | Leave a Comment
"Thank you for this. Moore isn’t always wrong or about everything. :)"
Roger Olson Would Jesus Be an “American Nationalist?”
"I don’t think we have the power to work miracles such as Jesus did (e.g., ..."
Roger Olson God without the “Omnis?” Advent and ..."
"I think we should give Gosse and his theory more credit than that. For his ..."
Roger Olson A Forgotten Chapter and Theory in ..."
"I want to relieve your fear! No, we will not be judged by our ability ..."
Roger Olson God without the “Omnis?” Advent and ..."
Browse Our Archives
Related posts from Roger E. Olson

Want to overcome poverty and racial injustice? Change...
In July-December of 2021, I made a series of 19 posts on...
view all Evangelical blogs
What Are Your Thoughts?leave a comment