Does Taking Migrant Children from Parents Constitute a Crime Against Humanity?

Does Taking Migrant Children from Parents Constitute a Crime Against Humanity? 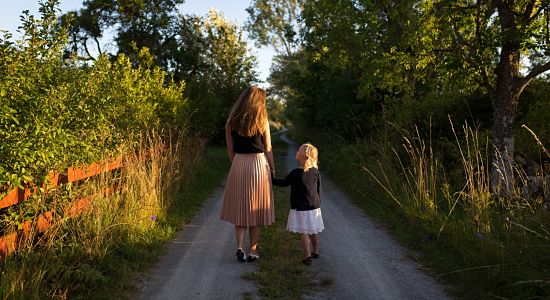 Before reading this, I suggest you read the following New York Times article from June 5, 2018: “Taking Migrant Children From Parents Is Illegal, U.N. Tells U.S.”

Many people both within the U.S. and outside it condemned the U.S. practice of separating children from parents at southern border crossings. Over the months of this operation as many as two thousand (probably more) children (many of them little more than infants and toddlers) were forcibly taken from their parents and placed in detention centers without adequate humane supervision and psychological and physical support. The practice called “zero tolerance” was suspended after a hue and cry from even many supporters of President Trump’s policies regarding illegal immigration. However, during the enforcement of the policy some government officials defended the practice—as necessary to inhibit parents from bringing their children to the U.S. without authorization.

Today, still, many immigrant children are being held in detention camps in the U.S. and some have died while in detention or shortly after being taken to a hospital for diagnosis and treatment. In most cases, so the U.S. government claims, the children now being held apart from their parents do not have parents anywhere in the U.S. They were brought to the U.S. by others, not their parents. In most cases it is believed their parents sent them to the U.S. to escape civil unrest in especially Central American countries.

Now, as a side bar comment to head off one critical response: Many of the immigrant families separated at the border did not consider themselves “illegal” because they were seeking asylum. That is why I have not labeled all of them “illegal immigrants.” It is not strictly illegal to come to the U.S. to seek asylum from persecution in a home country.

It is my opinion, as an ethicist, that forcibly separating families unnecessarily (not for the good of the children and especially as a deterrent to cause fear among would-be immigrant families) is cruel. I do not know of anyone who has claimed the policy and practice was necessary. It was clearly acknowledged to be part of a strategy to warn parents away from illegally immigrating to the U.S. or even to seek asylum here.

Does cruelty to children necessarily constitute a crime against humanity when it is a policy and practice of a government aimed at a particular group of people? Some are saying so.

As an ethicist I believe systematic cruelty to children always and by definition constitutes a crime against humanity—even if it is legal in the place where it happens. We, the U.S., would condemn it as such in any other country. We have condemned it as such when practiced by governments or para-military groups operating in other countries.

What does this claim mean to me? Only this: I would urge Christian churches especially to tell government agents involved in this practice that they need to repent and promise never to participate in cruelty to children even if that results in their being fired. Since at least Nuremberg, “I was just obeying orders” does not stand as a defense for committing crimes against humanity.

I am not speaking here to any government or international agencies; I am speaking as a Christian theologian to churches. They all need to speak out forcefully against such practices—including the current situation in which many migrant children are being held in detention centers apparently without adequate supervision and sometimes being subjected to neglect and abuse. (There have been videos shown on national news networks of “caretakers” in some child detention centers abusing children. And then there are the deaths. At least in some cases the childrens’ lives could have been saved had they been treated medically properly earlier.)