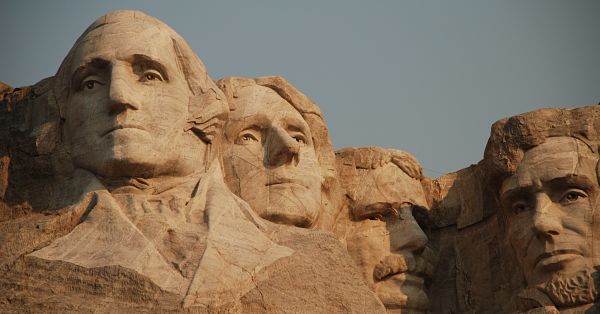 Several years ago sociologists of religion Kenda Dean and Christian Smith announced their discovery of the religion of most American Christian teenagers in Almost Christian (Oxford University Press, 2010). They labeled it “Moralistic, Therapeutic Deism.” During the years since their book’s publication much discussion has surrounded their proposal. With apologies to them and acknowledging a debt to them, here, in a three part series, I would like to dissect and discuss Moralistic, Therapeutic Deism (MTD) from my own perspective. Together with the Gospel Coalition (or at least some of its members who have written on the subject) I consider MTD not only a religion among teenagers but also one common among American Christians generally—including many evangelical Christians.

My “take” on MTD is going to be distinctly theological. I am going to approach it from a biblical-theological perspective rooted in traditional evangelical Christianity. I make no claim that my analysis matches Dean’s and Smith’s exactly. Here I am “musing” about what I observe among American Christians generally as I go about and teach and speak and interact with them.

First of all, then, “moralistic;” what does that mean and what’s good and right about it and where are its dangers?

I hope to begin each analysis (of each term of MTD) with some reference to popular culture. While the song “From a Distance (God is Watching Us)” could also point toward deism, here I am going to use it as an illustration of moralism. The song was, of course, made popular by Bette Midler in the 1980s. The song’s writer denied that she was a deist, proclaiming belief in God’s immanence. However, the song as often interpreted as an expression of deism—that God is distant and uninvolved but concerned about human behavior.

I could back up to the 1950s and my childhood in Sunday School for another illustration in song. We often sang “O Be Careful Little Feet Where You Go.” I won’t repeat the lyrics here and I’m sure they differed from one religious context to another. But the overall theme seemed to be that God is watching our every move, every thought, and judging us. Of course, the song also mentioned God’s love, but most people I know who grew up singing that song in Sunday School derived a moralistic message about God from it.

So what is “moralism?” Like most religious and philosophical and ethical terms it has several meanings. In brief, though, it is the idea that the purpose of human life is to live up to a moral standard of thought and behavior through endeavor and discipline. It is (generally speaking) the idea that some set of ethical rules or principles provide the “telos” (goal, purpose) of life and that we are somehow or other judged by our living up to them. In religious moralism, it is usually God who is thought to be the judge. True religious moralism tends to emphasize that salvation is achieved through achieving the good life according to the moral code and that we are able to do that.

In Christian history this was ultimately judged to be heresy at the Council of Ephesus in 431 A.D. (This was the fourth ecumenical or universal council of the orthodox-catholic church of the Roman Empire and is still adhered to by many Eastern Orthodox, Roman Catholic and Protestant Christians.) Scholars debate endlessly whether the monk Pelagius actually taught the heresy that was condemned and that came to bear his name “Pelagianism.” But Pelagianism was and still is the word we in Christian theology use for the idea that everyone is capable, by their own effort, to obey all of God’s commands and that God expects that of us. It’s a matter of emphasis. Pelagianism typically begins with the “will of God” interpreted as a set of rules and teaches that everyone is capable of obeying God’s will and that this is what God expects of us. Yes, to be sure, Pelagians all believe God will forgive. They disagree about the means of forgiveness. But Pelagianism is a fairly extreme form of Christian moralism.

Very few Christians would admit to being Pelagians. However, anyone who interacts with American Christians across denominational lines will discover quickly that many think of God as judge of our lives and emphasize Christianity as a way of life centered around rules and ethics.

It is a major “job” of Christian leaders, pastors and teachers, to correct moralism without denying the importance of morality. Morals are good (if they are the right ones!). Moralism is bad (from an orthodox Christian perspective).

The gospel of Jesus Christ is about our common human failure to live up to God’s expectations and God’s delivering and forgiving grace and mercy when we repent and trust in Jesus Christ’s atoning death on the cross. This does not expel or contradict morality but it does contradict and should expel moralism—from Christianity. The fact is that we cannot live up to God’s moral expectations and God knows it and has provided for our salvation in spite of our enduring failure to live up to his standards of holy living.

True moralism is actually a false religion—according to orthodox Christianity. And yet it remains and flourishes as one of the most common attitudes and beliefs among American Christians. What it leads to is either self-righteousness—in those who think they do live up to God’s moral standards of holiness—or defeat and doubt of salvation among those who know they cannot live up to God’s moral standards of holiness.

True Christianity includes morality without moralism. By God’s help, empowered by the Holy Spirit, we are capable of improvement in “inward righteousness.” But God knows we cannot keep his will perfectly and has provided for forgiveness and reconciliation with him in spite of our moral failings.

In other words, to put it very practically, drawing on Luther, our Christian teaching and preaching must always combine law with gospel. Law alone is very bad news; gospel alone can lead to “antinomianism”—a kind of Christian hedonism (not the kind John Piper used to preach, teach and write about).

Example. A philosopher was dying. The minister was called. The minister asked him if he thought God would forgive him. His answer is famous: “To forgive—that is God’s business.” That is taking grace for granted.

And that is a perfect segue into the “T” of MTD—in Part 2 of this series.