What Makes a Religious Group a Cult? Part 2

What Makes a Religious Group a Cult? Part 2 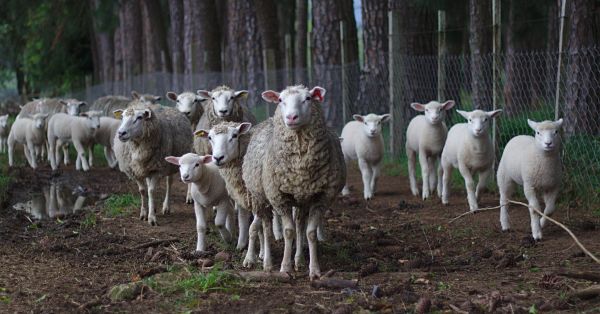 If you haven’t read Part 1, please do that now. Some, perhaps much, of what I write here in Part 2 assumes knowledge from Part 1.

Before Jonestown the word “cult” was used in America almost exclusively of highly unorthodox religious groups. Its main meaning was theological—although behavior came into view to help label a group a cult when groups like the Unification Church (“Moonies”) and the Children of God (“the Family”) exploded on the American scene. Throughout the 1980s secular religion scholars began to explore “cults.” Then came 1993 and the Branch Davidian fiasco. And several other shocking events of radical religious groups made headlines. Gradually the word “cult” was adopted by secular sociologists of religion and by the media to describe religious groups considered dangerous in some way. To make a long story short, in the popular mind a “cult” was a religious group that posed a real physical, mental or emotional threat to members, recruits, and possibly the public.

Before that, “cult” was used primarily by Christians to describe religious groups that called themselves “Christian” or claimed to be “compatible with Christianity” but were considered by most mainstream Christians to be “outside the pale” of orthodoxy. In other words, its primary use was theological.

During my doctoral studies in religion at a major national research university I continued my research into “cults and new religions” and a whole new vista opened up before me. Religions and religious groups I had never heard of before came to my attention. There was a new national interest in “cults” but most of it had nothing to do with theology. Sociologists of religion, psychologists, and journalists were beginning to use the word only of groups considered dangerous in some way—beyond any norm of orthodoxy. In fact, a perfectly orthodox religious group could be a cult based on its unusual lifestyle, practices, and especially “high demands” made of members.

As a graduate student I co-taught an undergraduate course called “Deity, Mysticism, and the Occult” which always drew a large number of students. We invited members of many different unusual, non-mainstream religious groups into the class to speak. I invited my correspondent from Chicago (mentioned in Part 1) to fly into town to speak about his latest area of research—Wicca and neo-Paganism. With him I visited a real Wiccan store and met two women who claimed to be Wiccan priestesses. The visiting scholar from Chicago spoke to a large crowd at the university about the revival of Paganism (including “Mother Goddess” religion) in America. We hosted Sufis (“whirling dervishes”), devotees of Hare Krishna (ISKCON), and others into the class to speak.

Throughout the first seventeen years of my full-time teaching career I taught an annual course on “America’s Cults and New Religions” that I advertised on campus as “Unsafe Sects.” I invited numerous speakers into the class and took the class on field trips to local headquarters of groups widely considered radical, new, unorthodoxy and/or possibly sinister religious groups. Because of my course and some publications I found myself invited to numerous churches and even civic club meetings to talk about the so-called New Age Movement, Satanism, new religious groups imported from Asia, and the usual roster of heretical “Christian” groups. By the 1990s I was widely considered the local “go to guy” in that metropolitan area—about cults, new religions, and the New Age Movement. A new religion moved its international headquarters from California to a suburb of our metropolitan area (where I lived and taught in the 1990s). There was almost no research about the group so I conducted it myself and wrote a chapter in a book about New Religious Movements published by the State University of New York (SUNY) Press. I published several other scholarly articles about certain very little known religious groups and “gurus.” I became fascinated with Rudolf Steiner and Anthroposophy because of the rise and popularity of the Waldorf Schools. I wrote an article entitled “Rudolf Steiner, Esoteric Christianity, and the New Age Movement” for a scholarly journal devoted to the study of new religious movements in America.

By 1999 I was extremely tired of this avocation and reputation and left it behind as I moved to a new teaching assignment. I have not taught a course on cults or new religions since then and more or less shrugged off the study of them. Only occasionally have I been asked to speak about the subject. My reputation for that body of knowledge did not follow me down I-35. For that I was relieved. I wanted to concentrate solely on Christian theology and have for the past twenty years.

However, the question of “What constitutes a ‘cult’?” keeps coming up. And there is no simple answer to it. The answer one gets will depend very much on who is answering it. An orthodox Christian may rely on a standard of orthodoxy to define certain religious groups as cults. A psychologist may rely on a standard of normal behavior and independent thinking (as opposed to “brainwashing”). A social scientist may rely on a standard of relationship to mainstream culture and say that any religious group that exists in more than moderate tension with mainstream culture is a cult. A religion scholar will usually bring all of those meanings together and describe a religious group as “cultic” or having “cultic tendencies” based on some perceived critical mass of those criteria.

Most often, for the past thirty years, scholars and journalists have restricted the use of “cult” to religious groups that pose some kind of real danger to their own members and/or the public. Many scholars have preferred to drop the term altogether and speak and write only of “new religious movements” (NRMs).

Another term that comes into play often is “alternative religion.” When “cult” just doesn’t seem to fit—given the wide spread public impression of a cult as relatively small and in some way sinister—I turn to “alternative religion” especially when speaking publicly outside the narrow confines of a theology class.

I am often asked if I think the Roman Catholic Church is a cult. One man I know claims it is a cult because Catholics “worship food.” I find that silly. No, I do not consider the whole Roman Catholic Church a cult. It is a branch of the Christian family of churches (from my perspective). However, there are cult-like groups within the RCC. One that I learned about from Marcus Bach is the so-called “Penitentes” of New Mexico.

I am most often asked about the Church of Jesus Christ of Latter-day Saints. No, I do not consider it a cult. I consider it an unorthodox branch of Christianity, so unorthodox that I have trouble recognizing the church itself (denomination) as Christian. However, to label it a “cult” would seem ludicrous given its size and mainstream status. However, when pushed to pull out my solely theological criterion of “cult” I occasionally will admit that it seems to be cult-like in terms of doctrines. But I make absolutely clear that I find nothing sinister or dangerous about it—to members or the public. And so, because of the widespread impression that that is what a “cult” is, I tend not to use the word except for religious groups that I consider more than only heretical in some way.

So what are the major criteria I would use for labeling a religious group “cult-like” (if not actually a cult)? That will be the focus of Part 3. Wait for it.

May 19, 2019 What Makes a Religious Group a Cult? Part 3 (Final)
Recent Comments
0 | Leave a Comment
Browse Our Archives
get the latest from
Roger E. Olson
Sign up for our newsletter
POPULAR AT PATHEOS Evangelical
1